Quit drinking? Tune into others to rewrite your normal

One of our biggest fears and doubts when we make a decision to quit drinking, is how others will perceive us. And, how we’ll fit in.

How can I relate to others?

What will we have in common?

Will I cope with being the odd one out at events?

This decision feels like it goes against what everyone else is doing – will I ever be able to find like-minded people?

We want you to know, you’re not alone. But don’t just take it from us – here’s some reassuring words from our Hello Sunday Morning community.

Sarah Greenwood told us one of her biggest challenges when making changes was answering the ‘why’ question.

‘I thought that becoming a non-drinker would make me seem ‘boring’ and ‘uptight’ when meeting new people and I just didn’t want to have to explain my decision not to drink.

When I did give up drinking, and people asked me why, I decided to give a simple and honest answer which is that ‘being alcohol free is much better for my mental health’. People have generally been very supportive of this and sometimes will make a comment on their own experience such as ‘I also find myself feeling anxious the morning after having a few drinks’

Sarah was in fine company. Sharing her story inspired others to add their thoughts, observations and experiences. And she’s not alone, her blog received ample comments from others.

‘I used to make up excuses if someone asked me why I wasn’t drinking at social occasions e.g ‘I’m training for a half marathon’ or ‘I’ve got a hell of a lot of work to do tomorrow’. It’s been over five years since I quit now. I eventually got sick of lying and now I am confident enough to say ‘I drank like a fish for 30 years and I’d had enough’ or ‘I was sick of wasting half my life in agonising hangovers on the couch’. Both statements are true. I usually find they never ask me anymore questions. The direct method works, as long as you don’t make the other person feel bad by saying something like ‘I realised that heavy drinking is totally stupid’.’

And here's from Ian

‘With new people, I don’t feel the need any more to justify or explain. And most people, I find, are absolutely fine.’

Michael challenges us all to re-think why we need explain:

‘Why do you have to explain your reasoning for not drinking to anyone? I think that insecure people are seeking approval. It’s too bad because all the benefits of not drinking are true and worth quitting alcohol. When someone asks why you quit drinking alcohol, ask them ‘why not?’ and then order your club soda and listen to their reasons.’

And this perfect reflection by Liz:

‘As long as you’re still good company and enjoying yourself why should others mind?’

It’s hard to ignore those niggling worries about being seen as different.

Some of us though are inspired to create opportunities to meet other like-minded folks while making changes in their lives.

Fay Lawrence founder of Untoxicated, feared her social life was over when she quit drinking, which led her to create her own non-drinking social group for those who want to have sober fun.

‘Booze was everywhere and that meant the prospect of socialising without it felt difficult for me,’ said Faye.

Faye and Sarah were driven to seek out people with similar mindsets and lifestyle choices, which counteracted any concerns they may have felt about being different.

They’ve all discovered the secret to not feeling like you are different is to seek out company and activities that reinforce your change and doesn’t focus on alcohol.

'When someone asks why you quit drinking alcohol,
ask them ‘why not?’
and then order your club soda and listen to their reasons.’

You’re not different if you don’t drink – in fact, you’re in good company

Victoria Vanstone and Lucy Good agree that life without booze can at times feel awkward, but they do it anyway. Their podcast Sober Awkward shares some honest and helpful tips for what worked for them whilst working through sobriety.

Their podcast titled Guide to Your First Sober Shindig is the perfect pep talk in your ear with warts and all reality .

Journalist Jill Stark agrees it can be quite confronting to have a conversation about alcohol. Her book High Sobriety: My Year off the Booze.  She writes and talks about the conflict of our relationship with alcohol 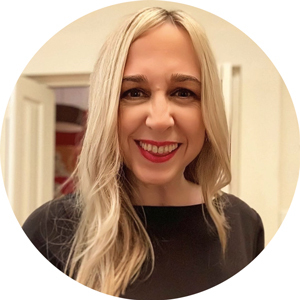 Jill talks about interviewing young people when researching her books and how many of them, ‘wished they didn’t have to get drunk on the weekends to have a good time. Which makes me feel sad. Many of them were drinking to feel confident, to belong and to deal with difficult emotions. The more I explored the issue the more I realise they’ve inherited a culture and it’s a problem we all own a part in.  The pressure to drink was coming from all around them. What’s heartening though is the number of young people who are choosing another way. Every year the number of young people who are either delaying their first drink or abstaining altogether is growing.‘

Jill and others agree there is immense power in finding your tribe, seeking out people like yourself, being vocal about your changes and listening to the experiences of others.

Making changes takes patience and acceptance. Take a moment to celebrate the new normal you are creating.

Let us keep you company

Taking a break or thinking about changes to alcohol in your life? Say hello to our Daybreak app. It provides a safe space where you can feel connected to other people experiencing similar challenges in an online community.

You are not alone, Hello Sunday Morning is happy to keep you company if you decide to quit alcohol or make changes to your life.