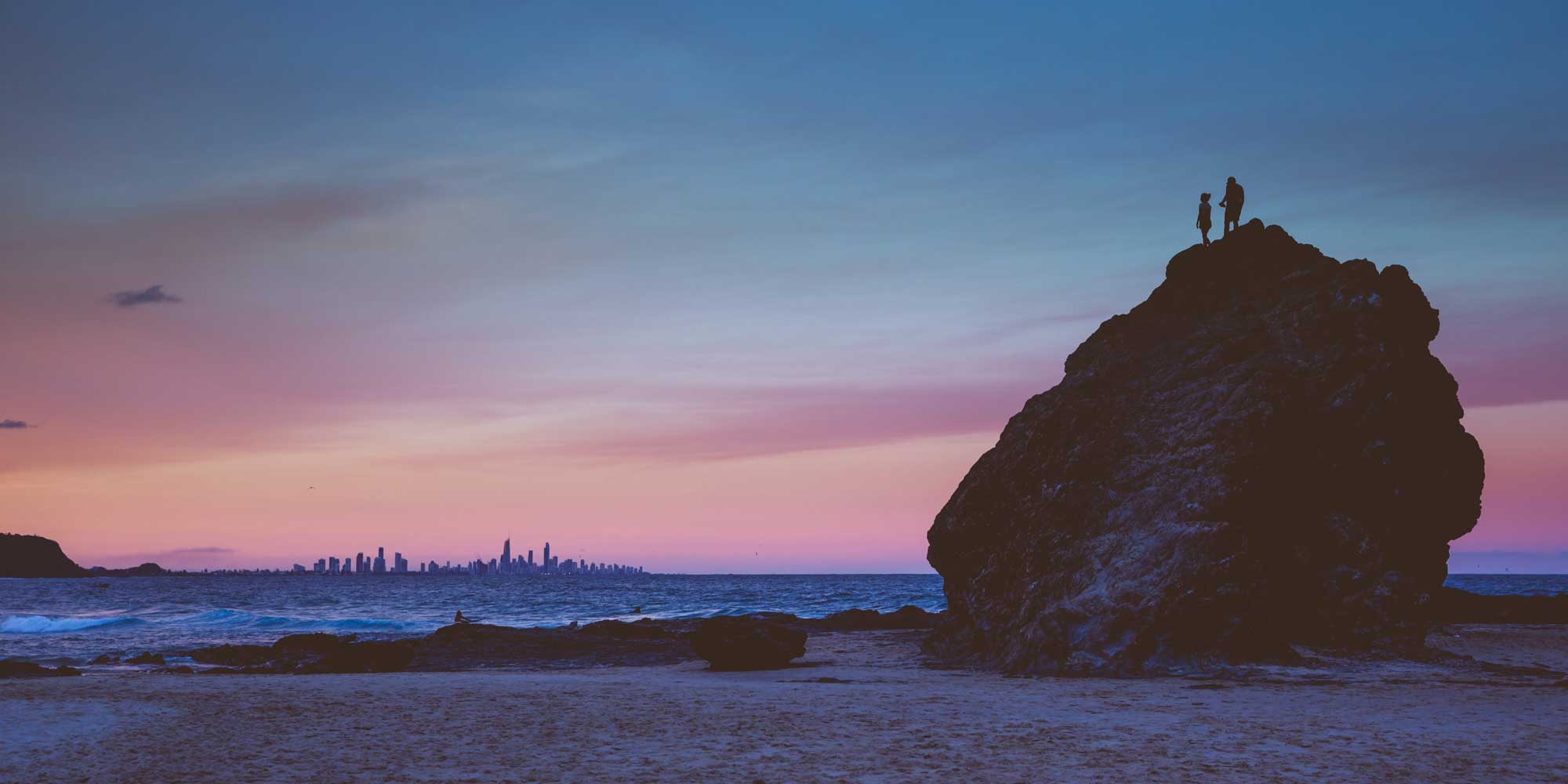 Sunday Morning: Every Now and then

Last Tuesday, I had one of those days where I should have stayed in bed and watched the world meander past. The workday over, dinner cooked, I figured why not, and went to crack open a new bottle of red.

Pausing, wine bottle in hand, I realised this was what I did last lockdown. I reached for a mid-week drink. Hey, only a glass or two – no harm in that. But I asked myself why I was having a drink in the first place.

Sitting on the couch, glass of wine in hand (I poured that glass after all), I came across one of those memes humorously comparing the life progress of someone famous, the caption reading: “How it started. How it’s going”. And I wondered how you could sum up my journey with alcohol.

Townsville in the 90s: Bintang, singlets and footy shorts – you were lucky if people wore shoes to the shops. No smart phones, you spent your weekends outside. XXXX signs advertising the local brew on every corner, a giant Bundy rum motif blazing down on the kids’ playground along the beachfront, for all the kids to see. Mum would leave a tea towel on the front fence when it was time for dinner. A simple life.

It was Saturday night, my parents were out of town and my older sister, the sensible one, was on school camp. Sweet freedom.

Left to our own devices, Dave, my younger brother, and I raided the liquor cabinet and went to a much older neighbour’s gathering.

My parents weren’t big drinkers, but there were more than enough options around the house.

Alcohol seemed such a mystery. I’d seen ads on TV, beer ads during the Boxing Day Test, and the heart-strings-triggering “if you drink then drive, you’re a bloody idiot” government ads which seemed so raw and real. Ingrained in Australian culture, from parents asking their kids to get them a beer from the fridge to beers at the footy every weekend.

I just wanted to get involved in the general vibe of drinking. What was this drink called alcohol that so many adults liked? That made people talk loudly and sometimes fall over. That made people loud and confident.

Gareth, our neighbour, was 15, and your typical teenager of the day. Silverchair pumping out of his parent’s hifi system, he was stoked we’d arrived with some grog. The West Coast Coolers were approved, but the almost full bottle of Mango Schnapps? Interesting combination.

I was way out of my depth. The geeky glasses-wearing 12-year-old girl with her younger brother amongst kids two, three, four years older than me – I had no idea what to do. One couple was making out, sitting on a milk crate and broken esky, which wobbled precariously every time they broke for air. The rest were drinking and talking and doing what teenagers do. They all just looked at ease doing it – I was lost, I had no idea. But maybe grog would help.

The schnapps was sickly sweet, somewhere between a can of Passiona and a Sunny Boy ice block. We’d downed three quarters of a bottle of the mango molasses in a matter of minutes.

We waited for something to happen. It didn’t. Was this all there was to it? Were we doing it right? Apart from a slightly weird feeling in my stomach, which in hindsight was probably the kilos of sugar in it rather than the effect of the grog.

My brother shrugged, “well this is boring isn’t it”, and started playing with his Gameboy (ahhh, the 90s!).

After 15 minutes, my brother started talking quickly. And I felt weird. I started laughing uncontrollably and running around the backyard, which didn’t look odd at all to everyone at the party. It seems the high had hit.

It’s an odd feeling, being drunk so young. It’s so unknown – you’ve never experienced a feeling like it. It was like being on a plane for the first time, seeing a crocodile in the wild, getting caught in a rip, and going on a roller coaster, all at the same time – pure exhilaration.

For a few minutes at least. My brother’s green face was the first sign this wasn’t going well. He looked at me and said “I don’t feel great” – which I understood, because all of a sudden, I didn’t feel good either. It felt like I was on a bucking bull and couldn’t get off. All of a sudden it was a race to find a patch of garden.

In a stunning sense of bad timing – because parents have a sixth sense for impending doom when it comes to their offspring – my parents chose that moment to come home.  Given the noise coming from next door they used their excellent methods of Agatha Christie deduction to seek us out. Imagine seeing your kids vomiting, at a party with much older teenagers. A magnitude of grog hanging around. Cue an entirely unsurprising reaction from the parentals.

Nowadays, I’m not a huge drinker.

In my twenties, definitely. The usual weekends out, nightlife in Surry Hills. Kings Cross. Stumbling home after consuming the latest trendy cocktail served in the la-de-da bars of the Sydney scene. Travelling overseas to Ibiza. Beachside bars in Rio. To Berlin, dancing all night and stumbling down the cobblestone streets post dance-off. Full moon parties in Thailand. Binge drinking was my 20s, as for so many of us. It’s easy to do when you are young. You think nothing of going out ’til 3 am and getting up the next morn to do the City2Surf, only needing a large burger and fries at the end of the 14 km race to get you ready for your next sesh.

But serious exercise came a-knocking. Early morning training doesn’t really gel with late nights. As did my 30s – that dreaded decade where at the flick of an overnight switch, you are left putting on 4 kilos after one big weekend at the pub. Was it vanity that impacted my regular boozy nights? Or my career becoming something real and realising I was just a bit better with fewer drinks on the weekend.

Probably a combination. Mornings when not a soul is awake, except the local run club and iceberg swimmers. Wanting to feel good, in my body and mind. Having clearer skin, and glowing eyes. Getting satisfaction each day, to show up at work, and really give it my best shot.

Now, my 5 am body clock marches me out of parties early. I’m like a 10 pm version of Cinderella, without the pumpkin and replacing the ball gown with swimmers and sandy toes.

But I do like a drink and could never see myself stopping altogether.

I drink nicer wine now, and I buy less of it. I enjoy each sip. I have a liquor cabinet, but it’s not full. I typically drink only on the weekends, because I want to wake up fresh.

I scour the internet for fancy drinking glasses that bring me more joy than the liquid that’s inside – so that the act of drinking feels like a part of another moment. Like I’m in a grand ballroom (my lounge room in Queenscliff) in a fabulous outfit. With those I love. It’s a simpler approach to drinking, and it works. For me.

Being in lockdown again sucks. And I’ve done four lockdowns – it’s a skill to be able to chase down lockdowns all over Australia, and I seem to excel at it. But I’ve found a silver lining in lockdown. I’ve realised that while I enjoy drinking, I don’t need to drink as much.

The drinking isn’t to get drunk, it’s about complementing the moment. It’s just not the main event. And that is something I’m comfortable with. That’s how it’s going, for me.

Louise is Head of Development & Marketing at Hello Sunday Morning. She’s passionate about helping our members. She loves the beach. She never forgets her Queensland roots. And whenever something goes wrong in her life, she yells “plot twist”. And dusts herself off. And gets on with it.