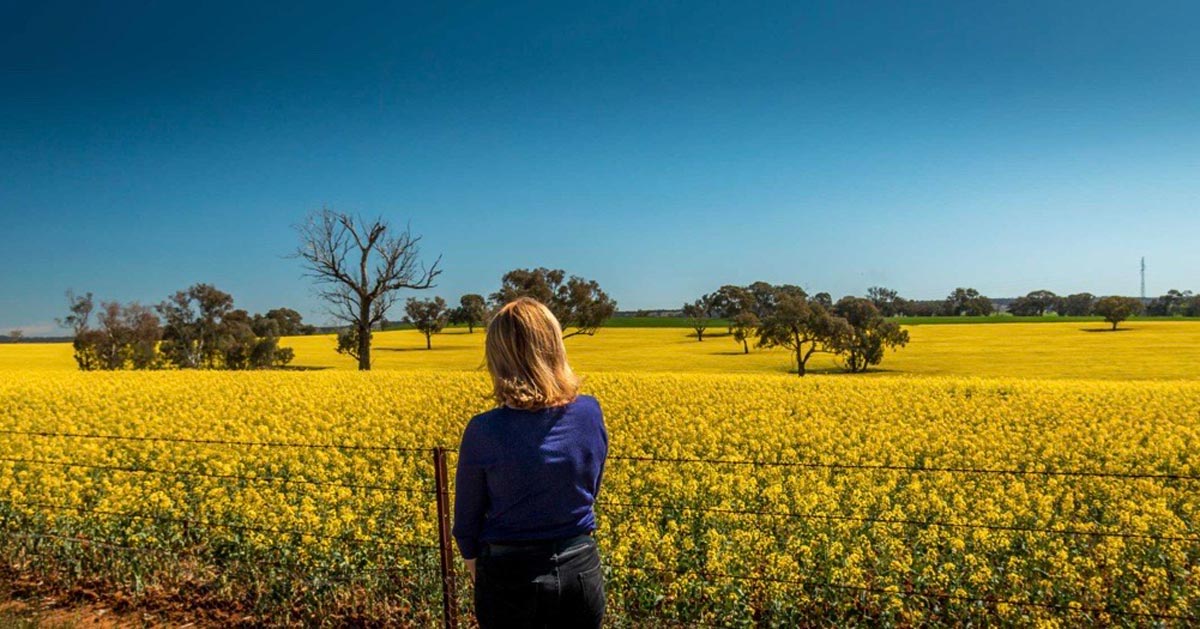 Alcohol was no friend to her, so Alex made friends with change

Many in our Hello Sunday Morning community have been drawn to the personalised and non-judgemental care of the Daybreak app. Within the Daybreak app, members can access a Care Navigation Service. Our Care Navigators chat with you about where you are getting stuck in changing your relationship with alcohol and can recommend information and services to help you get back on track.

Some of our Care Navigator team also have their own stories with alcohol.

We sat down with Alex recently to talk about her own personal journey with alcohol and sobriety.

Care Navigator Alex provides support to members in an online community, bringing her own lived experience with alcohol dependency. She understands the importance of offering practical and emotional support when you are making big changes in your life.

Alex, can you share with us about your own experiences with alcohol and they have changed over time?

I was a regular drinker, going out and having a good time. For years I was proud of being that big drinker in social settings, and in hindsight I didn’t realise that I suffered from anxiety and drinking was actually helping me feel more outgoing.

I didn’t think I had a problem with alcohol, but everything snuck up on me as my life unfolded.

I became a mum and I immigrated from England across the world to Australia, leaving my family behind. I felt a great sense of isolation without a social group around me and I was experiencing marriage challenges as well. Alcohol became a form of self-medication for me, but I wasn’t aware of this at the time.

So, drinking became my way of numbing emotional pain – it was just for me. A friend. But it turned out that alcohol was keeping me isolated. It wanted me to be on my own, so it was no friend to me.

In the early days I really didn’t feel like my drinking was affecting anyone else, but I know that I wasn’t present for my relationships.

I’d look forward to having a glass or two in the evening, but then that became a whole bottle. I would wake in the night with massive anxiety and the shakes. Then the day would start, and I told myself that having a drink would stop the shakes. It became a cycle that I was stuck in.

'It turned out that
alcohol was keeping me isolated.
It wanted me to be on my own,
so it was no friend to me.

At what point did your feel the time felt right to make changes?

I gradually realised I had become a high functioning person with a dependence on alcohol, but I really wanted to control my drinking urges. I tried to tell friends ‘I think I have a problem,’ but they didn’t really know how low I was getting behind the scenes.

I was also struggling with my marriage, but I didn’t know if that was because of the drinking, or if drinking was a consequence of our struggles. I needed to have a clear head to address my challenges and sort myself out.

I desperately wanted to reign it all in, but I couldn’t. I felt so confused. I knew I was intelligent and that I was a good mum and cared about my daughter, that I was a professional and seemingly in control. I knew deep down that it was becoming a problem when I was hiding my drinking.

I remember talking to myself in the mirror and saying, ‘Tomorrow will be different’ and waking up and tomorrow wasn’t different, I was stuck in a negative cycle of drinking to try to change the way I was feeling.

Where did you reach out for support?

When I eventually decided it was time for a change, I didn’t know where to go or who could help me. I really did feel ashamed. It was like having this horrible secret. I was scared to tell my GP or formalise it because when I tell someone then I’ll have to do something about it. That was just as confronting.”

I didn’t have as many options to do things anonymously, but the good part of what worked for me was my access to supportive people who had gone through the same thing. They felt relatable and I began to understand more about how drinking was a coping mechanism. I also was able to see that if they could do it, so could I. I could bring about change for myself.

'I remember talking to myself
in the mirror and saying,

'Tomorrow will be different'

and waking up
and tomorrow wasn't different.'

I felt inhibited because I wanted to do this anonymously, and while I did try Alcoholics Anonymous and eventually found programs that worked for me, I really wish Daybreak had have been around for me at the time. I would have adored the ability to text to someone on a phone, anonymously, when the time was right for me.

What did work was I got support from people who were happy without alcohol and had created a beautiful life. They were so motivating.

How long have you been alcohol free?

I’ve worked so hard and am proud of myself for staying sober for 20 years now. For me the answer isn’t moderation, the best pathway for me is to abstain from any drinking.

Can you tell us about the Alex then, and the Alex now?

I am so much happier and at peace.

When I went back to the UK for a visit, I made the conscious decision to go out and have fun, dance and enjoy myself with old mates while treating myself to nice alcohol-free drinks.

The great thing was that I could remember it the next day – all the conversations and the fun on the dance floor. It wasn’t a ‘fake feeling great’, it was a ‘genuine feeling great’ – it was a testament to my new way of life.

I still have strategies for myself like how to deal with the expectations of drinking on special occasions and now I use that to help other’s work through their own anxiety leading up to events where there might be peer pressure.

How have you managed to maintain your healthier habits without alcohol?

I love to read. It’s not something you can really do when you’re drunk! I love quiet times reading but I also love bike riding and yoga too. I’m reliable for other people and to myself with other people and I have so much peace. Drinking alcohol never gave me that, it took much of it all away.

How did you first encounter Hello Sunday Morning? And what was your reaction?

I was an AOD (alcohol and other drugs) mental health support worker and counsellor, and I was working in a private addiction hospital. I came across Hello Sunday Morning by accident and was just blown away by the focussed and anonymous support it offered through the Daybreak app. That people like me could have a pseudo-name and access to professional or peer support anonymously was incredible.

It’s like having the most personal form of support in your pocket, at the times when you need it most.

A lot of people struggle to afford the time and the money to go to a clinic, or detox facility. Most people can’t take that time out, are overwhelmed by the logistics, or worry it might expose them which can create other anxieties and impacts. Being able to ‘go under the radar’ in addressing their alcohol dependency issues with the Daybreak app makes it such an ideal resource.

I was so impressed by this personal and accessible support offering.

This is the end of the first part of Alex’s interview. In the second part, Alex will be sharing her insights as a care navigator for Hello Sunday Morning’s Daybreak community, as well as some tips on an alcohol-free lifestyle.