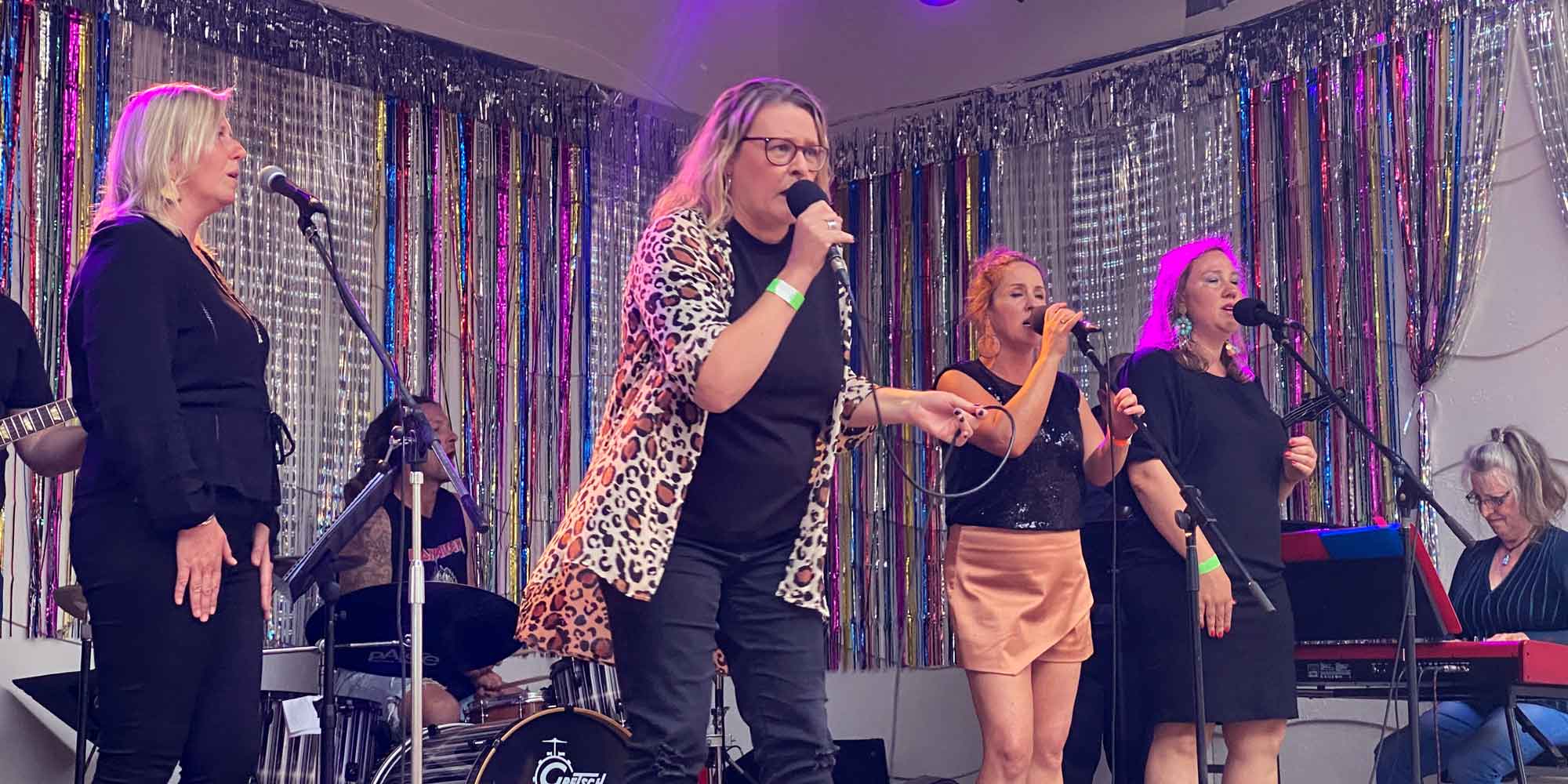 How assessing my drinking problem helped my sobriety journey

The word is so heavy, so full of undertone, implications. All of them are negative. Society has placed a lot of weight on this one nine-letter word.

Whenever I think of the word, I can hear the silent judgement floating on the wind. If you are an alcoholic, you are out of control, a derro, someone sitting in a gutter drinking out of a bottle in a brown paper bag, a person who lives, breathes and thinks constantly about drinking. Think Amy Winehouse, Charlie Sheen and the fictional Frank Gallagher from US TV series Shameless. And if you’ve gotten sober, just one puff of wind on the feather and you’ll be back there, in a flash. Apparently, once an alcoholic, always an alcoholic.

But why must we think everything is black and white? Why do people put each other in little boxes that ultimately become prisons? What if our path to being alcohol free was emancipated from the constraints of this word?

When I first started on my sober-curious path, I was adamant I wasn’t an alcoholic. Sure, I absolutely loved a drink and sure, I binged. A lot. Like, every second day. I used to say, out loud, to friends and family: “I could never be an alcoholic – I love drinking too much!”

It was a funny-not-funny joke, totally erroneous and blatantly sympathy seeking, a tongue-in-cheek statement that in one breath pleaded: “tell me I’m not an alcoholic!” and in the other, “I clearly have a problem!” But I said it because I never wanted to give up drinking and if I ever actually did become “An Alcoholic”, I knew that I would have to give up the thing I loved so much.

My number one question during my sober voyage has been, “am I an alcoholic?” I have agonised over it – it has kept me up at night, it has drained my brain cells, it has caused even more anxiety than the poison that I had been putting in my body for nigh on 32 years.

This one little question is so fraught and after nearly five months sober, much reading, a lot of listening, heaps of following and truckloads of self-reflection, I truly feel it is a totally irrelevant query for me. Why? Because putting myself in a little box, a prison, is even more fraught.

Humans are complicated, complex creatures. Our traits are not mutually exclusive – we are light AND we are dark, we are black AND we are white and we are all the shades of the rainbow in between. When we think of ourselves as one concrete, hardened thing, we tend to abandon the other excellent things about ourselves that mean we don’t need a label, we shouldn’t have a label that pigeonholes us and leaves us in a morbid, negative state of being.

Labelling myself an alcoholic has not been a part of my sobriety. Rather, I say that I no longer drink, that I don’t like to put an addictive, carcinogen in my body and I will never do so again. Flipping it to the positive is what I do – I don’t want to be stuck in the past as an alcoholic sitting in the gutter drinking my cheap sherry out of a brown paper bag.

The word “alcoholic” has so much shame attached to it and I’m done with shame. I don’t want it in my life as that has been part of my problem to start with. Drinking was a way for me to rid myself of shame. Well, for the duration of the drinking session until I woke up the next morning and was filled with even more shame for what I’d done the night before.

My sober-curious journey was kick-started by the We Want to be Better podcast with Bianka Ismailovski and Annie Nolan, back in 2019. I wept – sometimes uncontrollably sobbed – all the way through those six episodes. I had an inkling I had a problem but I had pushed it down with the force of a jackhammer, ignoring it for years, hiding behind Australia’s drinking culture and the stress of my work and life in general. I had gone through a lot in the preceding 18 months – family violence, a divorce, two deaths just months apart, an aggravated burglary, a diagnosis of rheumatoid arthritis and workplace bullying. I was a single parent with a mortgage, trying to earn a living, keep the house, be a perfect parent, be a good human. I was trying to keep my s**t together and to me at the time, alcohol was a life raft. It afforded me an escape, a way to not feel anything for a little while. Compared to the rest of my life, being drunk was quite simply, blissful.

In the months after listening to the We Want to be Better alcohol mini-series, as the messages faded and my stressful, seemingly out-of-control life took over again, I plunged back into the cosy doona of self-denial. Another year passed, including the 2020 Covid sh**show, but then out of the blue, almost like a mind reader, a friend gently sent me a link to William Porter’s book Alcohol Explained (the second time she had done so but I had blatantly ignored the first message). At the time I was blanketed with the shame of a massive drunken family fight that had happened on Christmas Day, which resulted in me kicking my parents out of my house. I was broken and hurting and alone. I was in tears every day. I was at a total loss as to what to do with myself. That Christmas Day I had been so drunk that I don’t clearly remember what the fight was even about. I remember bits and pieces but it was hazy and chunks of time were blacked out. Yet after that awful experience which was 100% fuelled by booze, I continued to drink, for another 25 days, to be exact.

That little link to Porter’s book in an Instagram DM was the life raft I needed – every word of Alcohol Explained resonated with me, deep down in my core. It hit an incredibly inflamed and angry nerve, one I needed to salve, and almost overnight it flicked a switch for me, a mental switch that put all the physiological, mental and societal puzzle pieces together and really, truly helped me become sober. January 20 this year was the day I gave up booze. For good.

Porter’s chapter “Do I have a problem? The stages of alcoholism” was especially thought-provoking. He says: “I always considered an alcoholic to be someone who spent every waking hour consuming as much alcohol as they possibly could, someone who could not go a single day or even a waking hour without a drink. This is one of the reasons it took me so long to acknowledge that I had a problem. I could stop; alcoholics could not. Therefore, I was not an alcoholic.”

He goes on to say: “The definition of ‘alcoholic’ isn’t really one we need to worry about too much.” Amen to that, brother!

Porter says in this chapter that analysing our drinking should be more about understanding the process over our drinking lives – “the start and end, and the major milestones along the way”. He argues that when we have that in place, we have perspective on the whole process so that it becomes possible to assess where we are, personally. “Whether you consider the alcoholic to be at 25%, 50% or 100% of the total journey is really a question of individual preference and definition.”

I see the word “alcoholic”, with all its societal meaning, context and weight, as being one that can put you in a box that is not helpful. It wasn’t for me, anyway. Rather, I saw myself as having a problem I needed to address, just like any other problem I had to deal with such as debt or family issues or relationship problems.

Don’t get me wrong – I am definitely addicted to alcohol, I’m not in denial about that. But for me, using the word “alcoholic” is counterproductive. It is fraught with negative connotations and for so long I was exactly like William Porter – I was not an alcoholic because I could stop, and often did for days, even weeks. The word “alcoholic” is black and white, whereas my addiction was all shades of the rainbow and infused with so much meaning and layers that it couldn’t be put in a box. A little box that ultimately became a prison.

I’ve never been to an Alcoholics Anonymous meeting and I don’t think I ever will. I feel empowered by sharing my stories; I love doing so and have done so my whole life, but the thought of having to say “Hi, my name is Leah and I am an alcoholic” makes me feel a little nauseous.

For me, the word “alcoholic” keeps me locked in a prison that I am no longer in. So please don’t call me that. I’d much rather be labelled sober. Now that is a word that, to me, means utter, serene freedom.

And I am free.

Leah, a writer, lives in a little country town with a massive drinking culture. Since getting sober in January this year, she has been much less grumpy, has slept like the dead, has joined the gym and has woken up more than 135 times without a hangover. But her proudest moment was singing a Queen classic with a rock band in front of hundreds of people, totally and utterly sober. You can find her on Instagram – @leah_jo_writes