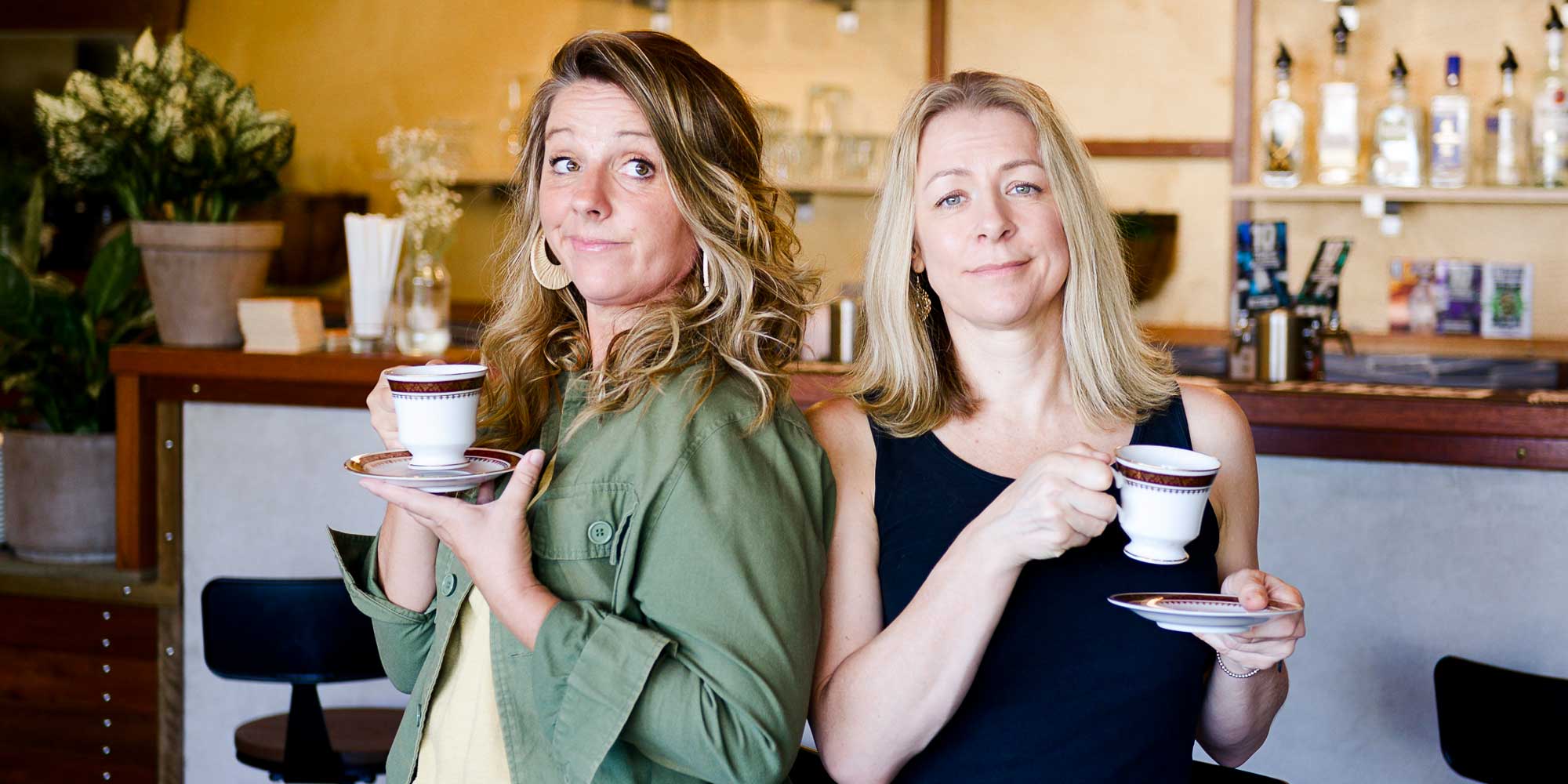 Let’s face it, the reality of sobriety isn’t always rosy. Over the past 10 years of helping people change their relationship with alcohol, Hello Sunday Morning has seen how difficult, and often lonely, the journey of sobriety can be. One of the ways we found that can be helpful is sharing stories of people who’ve been helped by our service. We met many inspirational individuals who were willing to share their journey to a better relationship with alcohol. Our Hello Sunday Morning community found these personal stories help them immensely.

Somewhere along that line, we came into contact with two wonderful women with a mission that coincides with ours!

They are Victoria Vanstone (our regular guest blogger) and Lucy Good, who started an honest and witty podcast called Sober Awkward. We are proud of getting behind them as their stories are authentic and we believe many would be able to relate to them.

Here is a bit of background on how Sober Awkward came about.

Australia-based Sober Influencer, Victoria, has been logging her sobriety journey on her website Drunk Mummy Sober Mummy, for over two years.

Her tales of misadventures into parenting and sobriety are brutally honest and often hilarious. Jokes aside, Victoria believes that people are becoming more aware that binge drinking is affecting anxiety and mental health globally. Her blog urges readers to seek help for mid-range drinking problems and her message is that, surprisingly, being sober is not boring at all …

It’s a better and more authentic way of living.

‘I think the world is starting to recognise that binge drinking, and any sort of over-drinking is having a massive impact, not just on the individual but families and communities too. We’re beginning to recognise a place between the pub and an AA meeting where some are falling through the cracks and even though they’re suffering, are not getting the help they need.

After I had kids, I started to use alcohol to escape the mundanity of motherhood, but hangovers with a baby crying in the next room made me feel awful guilt and shame, and because I wasn’t passed out in the gutter (too often) I didn’t reach out for help. I carried on binge drinking and missed out on getting professional support because my problem didn’t seem bad enough. My drinking was clever, never alone and never before 6 pm, so I looked like I was just drinking like everyone else around me, and it got diluted, absorbed into the crowd and was missed for far too long.’

Victoria believes a lot of people get stuck in a place where they know their drinking is out of control, yet they don’t feel it’s severe enough to deserve intervention.

Victoria ended up getting therapy to find out why she couldn’t control her drinking and now, after being sober for three years, she has teamed up with her newly sober friend Lucy Good, the founder of the single mum network Beanstalk Mums. Together, they record a podcast all about their personal journeys to sobriety.

‘We called the podcast ‘Sober Awkward’ because that’s how Vic and I feel a lot of the time. Learning how to be sober, socially, is really hard and there are some extremely awkward interactions that you have to navigate. Things like going to a bar for the first time, telling people that you’re choosing sobriety, and even sober dating. Doing anything you used to do drunk, when sober, can be very confronting which is why the motto of our podcast is –

“Feel the awkward and do it anyway! We want our listeners to know that we find those things awkward too and it’s all part of this zig zaggy road to sobriety”, says Lucy.

These two ex binge-drinking party girls bring humour and honesty to the sober scene. They both have a passion for helping people whose drinking is having negative repercussions on their lives and hope their insightful chats about being awkward will help others seek support.

‘Our podcast is aimed at anyone questioning their drinking habits; we want to reach people and let them know we’ve been there. We’ve both experienced shame and anxiety because of alcohol and we hope our positive and sometimes thought-provoking conversations reach people that feel ready to make some changes in their lives. We are both proof that there is life after alcohol and it’s not as awful and boring as some might think. I think Lucy and I would both agree that becoming sober in our 40s was the best choice we ever made.’

So, things are changing. There are sober bars popping up in cities all over the world and people are starting to realise that getting so intoxicated they can’t walk most weekends might not be as fun as they used to think, especially when it’s making them so mentally unwell. So perhaps trying a new way of socialising might soak up all this mental anguish and being the imperfectly, perfect version of you just might be enough?

‘Just being you, without booze, is awkward, but those first interactions do get easier’, says Victoria. ‘I look forward to sober socialising now. I know I’m going to have fun, have real authentic conversations, no hangover and remember the entire night! It’s brilliant. I might even do some sober dancing occasionally; I’ve still got a few swan dives in me yet!’

Vic and Lucy’s podcast addresses a place that has been missed, a type of ‘socially acceptable heavy drinking.’ A common sort of drinking habit that is cheered on from the sidelines and feels so ingrained in us and in society, that imagining another way is unfathomable.

But as they have discovered, sobriety, with all its awkwardness, is so much better than being drunk.

So, have a listen to their podcast. Sometimes just knowing that there are others feeling like you is enough to step out of a bad habit … and into a new way of life.

We are proud to recommend this brilliant podcast as another way to help with your sobriety journey. Keep your eyes on our social media for each new episode.

Sober Awkward is now available on Spotify and iTunes.