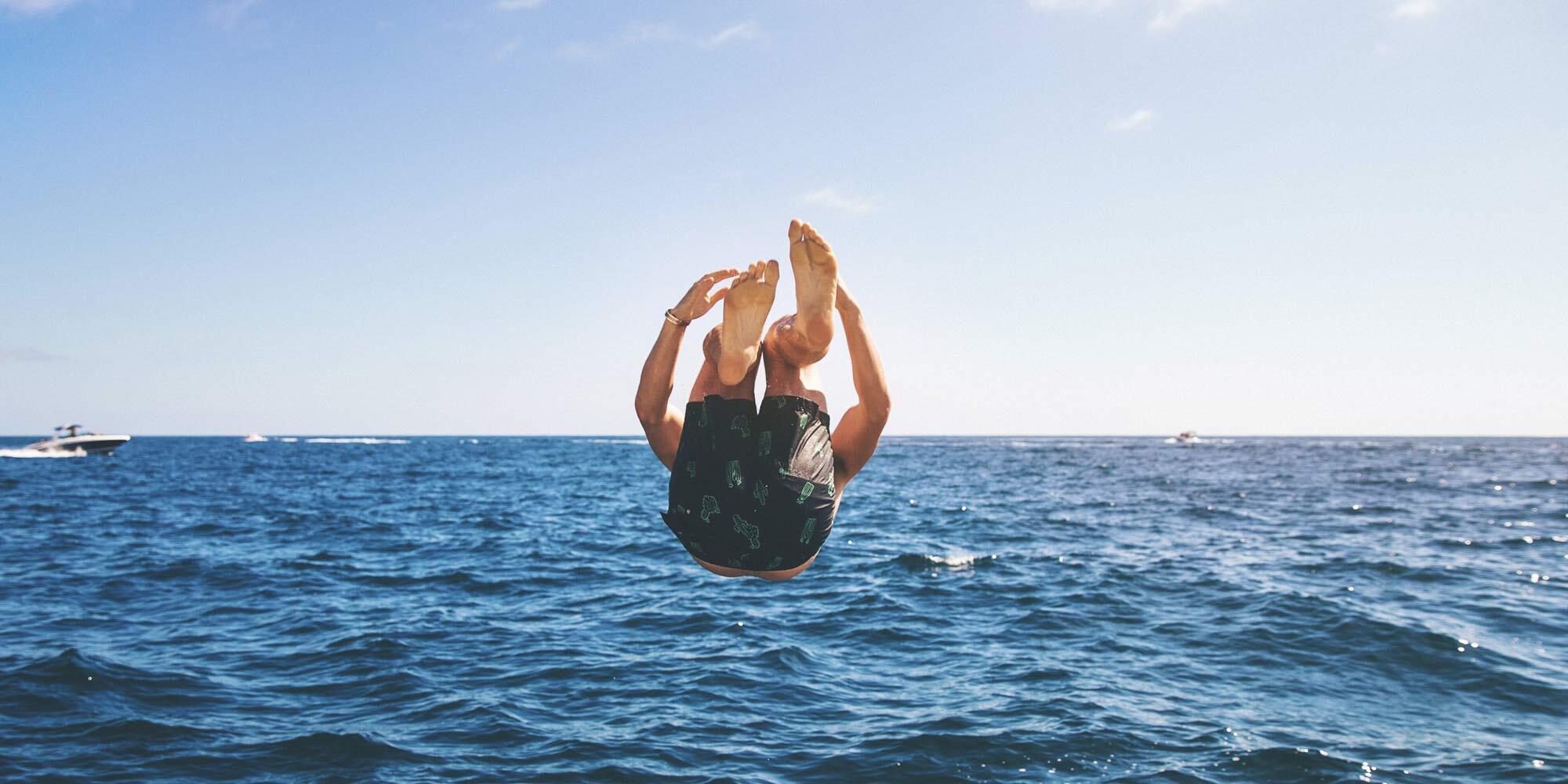 The connection between ADHD & alcohol dependency

Aritro has been working in the Alcohol and Other Drug industry for five years as a counsellor and assessor. He also writes blogs on various platforms focussing on psychology, addiction and wellbeing on various platforms. You can find his own blog at http://thingsthathelp.net/.

In my four years as a phone counsellor on the Directline service in Victoria, I have found that many people experiencing substance-use problems report symptoms that are consistent with a diagnosis of ADHD. And sadly, a great many of them have never undergone an assessment to find out whether the diagnosis applies to them. This is unfortunate because knowing whether they suffer ADHD would provide an explanation for a great many of their previous experiences and help them understand themselves and their substance use, with a lot more clarity.

Here’s something to chew on; studies show that a quarter of adolescents with substance-use issues fit the diagnostic criteria for ADHD. Furthermore,15% of diagnosed adults had abused or were dependent upon alcohol and other drugs during the previous year. While this may not seem like a sizable percentage, it is nevertheless three times the rate for adults without a diagnosis.

But why is it that people with ADHD are so much more likely to abuse substances? The reasons become clearer when we understand the traits that are typical of people who fit this diagnosis.

The four primary indicators of ADHD are impulsivity, distractibility, love of high stimulation or risk and a different sense of time to most people. While these underlying traits are common in people who have ADHD, they may also appear differently in each person, depending on the different strategies that one has learned to compensate for them.

So, if you have ADHD, you might make a lot of snap decisions, change your mind quickly and have a tendency to constantly monitor things in your environment. It’s possible that supermarkets feel like sensory overstimulation zones with all the lights, music, people and merchandise.

And you might struggle to concentrate on work when there’s music playing, although, it’s also possible that you’ve found that playing music helps to drown out the background noise of people talking in the office. But there’s a good chance that when you’re at a bar or party with multiple voices, noises and movement around you, it becomes really hard to follow conversations.

And depending on the effectiveness of your compensation strategies, it’s possible that you find yourself apologising a lot for being late.

Other indicators are a short, but extraordinarily intense attention span, disorganisation, difficulty following directions, a tendency to daydream and a pattern of becoming easily frustrated or impatient.

So even though some tasks might seem unfeasibly boring or mundane, you can intensely zone in on things that fire your imagination and passion. There’s a good chance your desktop, workspace and bedroom are a disaster zone. You might have been accused of being ‘absent-minded’ in the past, and this might be because you’re preoccupied with daydreaming or because you find it hard to focus on conversation. And you probably sometimes feel sharp waves of frustration or impatience, and can express it in ways that can seem blunt or rude. Being considered and diplomatic probably hasn’t been a strength!

Some other criteria for ADHD identified in the DSM-V are hopping from one activity to another without completing any, fidgeting or squirming a lot, interrupting questions before they’re finished, chronic procrastination, a tendency to say what comes to mind without thinking of appropriateness and a pattern of others reporting that a person is not listening when they’re being spoken to.

Furthermore, there’s a possibility you regularly put off cleaning and housework, although you might have constructed an elaborate series of post-it notes to remind you to do it.

You probably love coffee more than most and you might have had life-long problems with going to bed late and achieving quality sleep. You probably feel a really intense sense of rejection when someone says or does something even slightly hurtful (known as Rejection Sensitive Dysphoria). Sometimes you might feel socially awkward or anxious around people because you struggle with small talk and want to talk about things that are more meaningful and outlandish than the things others want to talk about.

On the other hand, you’re probably wonderfully creative, have an off-kilter sense of humour, and are brilliant at generating ideas and solving certain kinds of problems. You’re probably curious about a huge range of topics and have the capacity to become intensely passionate about things you care about. You’re a deep thinker, and you can form associations between loosely related ideas that others can’t. And you thrive in high-adrenaline environments and become unusually calm and focused in a crisis.

So, given this backdrop, it makes sense that people with ADHD might find substances useful as a form of self-medication for their symptoms. Alcohol, for instance, may – in the short term – help people calm their thoughts and be useful as an aid to falling asleep. It might also be used for emotional regulation and offer temporary relief from the intensely felt emotions.

It might offer something to do during periods of downtime, which for people with ADHD can feel acutely boring, and also provide a crutch to lean on in instances of social anxiety.

Furthermore, people with ADHD often suffer comorbid depression and anxiety due to their experiences of being judged, bullied or condemned for their unique traits. Many also develop a tendency towards self-condemnation as well, having internalised other people’s judgements of themselves. Unsurprisingly alcohol can appear to be a useful temporary salve for the low mood, restlessness and discomfort that can arise as a result of these factors.  Comorbid depression and anxiety can also arise due to the effort and stress that goes into getting basic stuff done – stuff that other people seem to do without difficulty. They can also develop low self-esteem. Alcohol may also serve as a way of coping with or dulling these feelings, at least temporarily.

And of course, given their issues with impulse control, it can be hard for people with ADHD to resist the perceived appeal of having a drink when the urge hits.

But do I really have ADHD?

It is worth keeping in mind that in the age of smartphones, it has become commonplace for many people in the population to experience some of the traits that are consistent with ADHD. With the constant barrage of messages, notifications and impulsive browsing, we are creating an ‘intensely focused state of distraction’ which impacts our ability to concentrate on tasks, regulate our thoughts and practise impulse control. Looking at screens late at night will also cause us to go to bed later and suppress our melatonin production, resulting in difficulty sleeping.

However, those who suffer ADHD will remember having experienced these tendencies long before the advent of smartphones. And with the added impact of excessive smartphone use, it is likely that their struggles with inattention, hyperactivity, impulsiveness and sleep problems will have become even more intense.

It is also worth noting that the perception that people with ADHD are hyperactive and constantly in motion is not necessarily true in all cases. In reality, there are three types of ADHD;

While it is true that those diagnosed with hyperactive-impulsive ADHD might seem to be constantly in motion and prolific talkers, if you happen to fall in the second of those categories then chances are that these traits will not be representative of your experience.

Getting assessed for ADHD

If any of this sounds like you, it might be time to get assessed to see if you have ADHD.

The traits of ADHD exist on a spectrum, meaning that they can range from mild to severe, and can exist in all of us, at times, to some degree. However, if you’re losing your keys constantly, not just sometimes, and if it’s hard to sit still all the time, not just occasionally (or when you’ve got an hour left of work on a Friday afternoon), then it might be time to look into an assessment. Particularly if these traits have been around for a long time, are interfering with your work or relationships, or are just getting in the way of living the life you want to live.

The first step is to book a GP appointment and get a referral to see a psychiatrist who can assess you. The assessment usually involves a number of self-report questionnaires about childhood development, physical and mental health and the prevalence of ADHD traits. Some may also recommend cognitive testing, which can help to identify your strengths and areas that are more difficult. They may also rely on prior school reports, and interview family members or partners.

Whether you get diagnosed or not, if you’ve ever wondered whether you suffer ADHD, finding out won’t hurt and may turn out to be the best thing you ever did. Because with that hugely important piece of insight, and with the right coaching, research and sometimes medication, a person with ADHD can not only begin to gain control of their substance use but also many other areas of life.