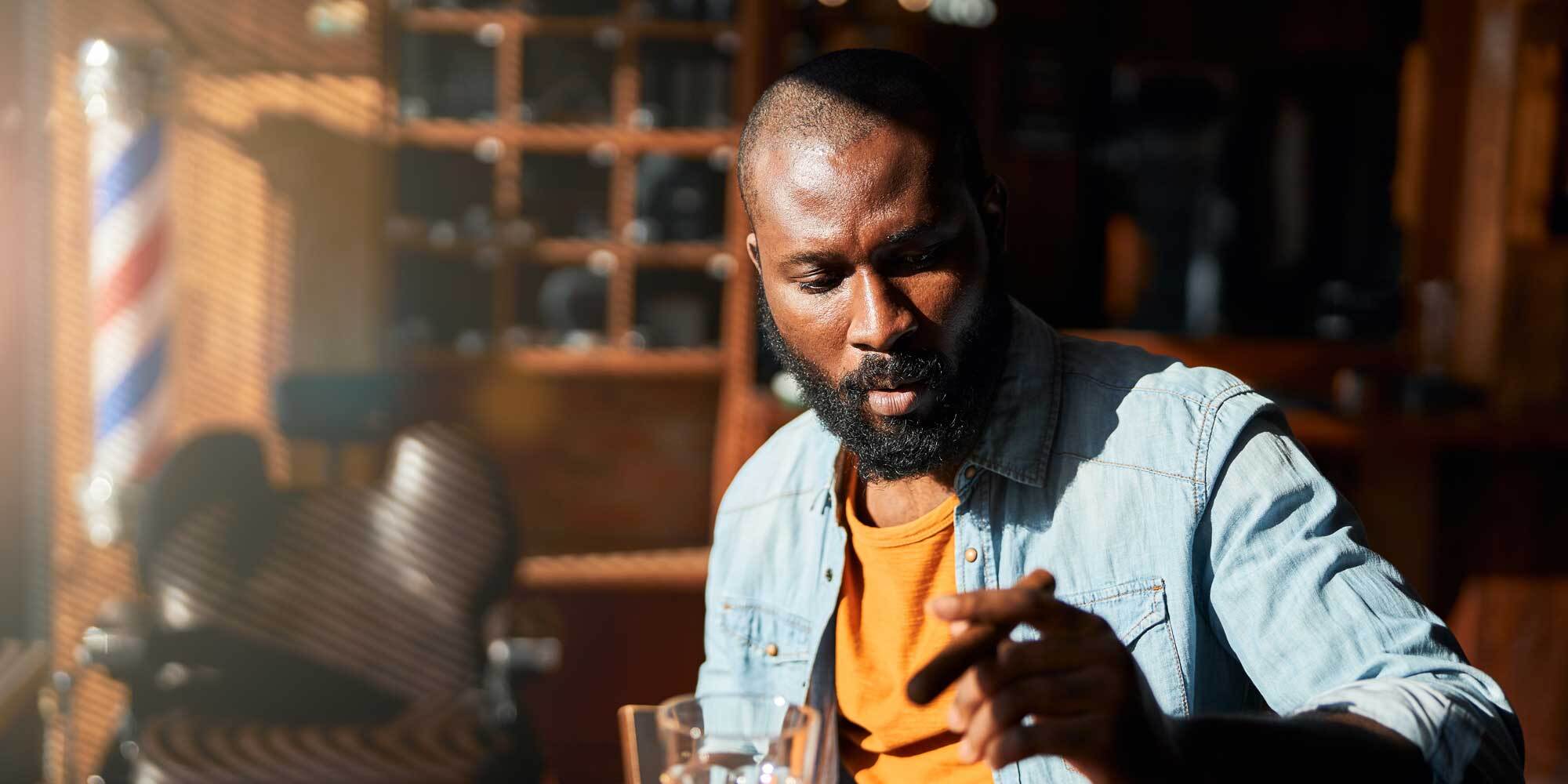 The effects of alcohol on masculinity

It’s interesting how much of a role alcohol plays in influencing society’s view of masculinity – in media, popular culture and society. I write this piece as someone who’s aware of the effects that it’s had on my own masculinity. Whether it’s the behaviour, the choice of drink, or even how  you drink – alcohol is deeply ingrained in the male psyche.

It’s an iconic line from an iconic figure – where James Bond demonstrates his suaveness and charisma through his choice of drink, a martini.

Although Bond is just a fictional character, we do see men choosing strong drinks to assert their masculinity. American whiskey evokes images of rugged, unflappable cowboys – by choosing this drink, men are buying into this identity of strength. It reinforces the idea that the stronger you are, the stronger the drink you’ll have, and therefore, the more masculine you are.

For those who say this is simply not true, and that guys only drink it because of the taste – there are also drinks similarly classified as ‘girly drinks’ – cosmopolitans, vodka cranberries, rosé.

Alcohol advertising also feeds into these norms. It evokes images of male bonding, rebelliousness and sexual dominance. which are aspirational qualities that the alcohol brands are trying to align themselves with. You can see this in the examples below of Jim Beam Bourbon and Sauza Tequila’s advertising:

Not only is the choice of which drink you have, reflective of masculinity – drinking behaviour is also scrutinised. A VicHealth and Monash University study, launched in March 2019, found that alcohol was seen as central to social interaction and connection between men, where participants described it as “embedded” in Australian culture.

In a group setting, the choice to be sober amongst a group of guys can be detrimental. There’s the fear that not conforming to the predominant drinking behaviour will make you ‘uncool’, and that it will affect your social standing. Drinking a lot of alcohol is a show of strength; a display of masculine pride. It’s worn like a badge of honour. Of course, this isn’t the case in all social settings, but it’s a common one in Australia – you’re expected to have a beer in hand.

At sporting events, we often see spectators having alcohol in their hands – whether this be at the arena, in a pub, or even at home. Not all sport fans are male, but there is a culture of sports bar drinking among men – especially Australians. Alcohol fuels men, their competitive spirit, and their enjoyment in cheering for their team. It makes them louder, happier – but also more prone to be out of control.

You can imagine how hard it is to break from these behaviours if you’re seeing it all around you, and if they define what it is to be a man. These were all born out of routine behaviour; alcohol consumption on social occasions has been continuously re-enacted until now, where it’s the norm. It’s a behaviour that’s been passed down from generation to generation.

So, how do we break this?

Ultimately, alcohol shouldn’t be forgotten as a substance that has a lot of adverse effects, with many consequences arising from its heavy use. In our latest research, we find that 7 out of 10 high-risk drinkers are men, with many suffering from depression. Men absolutely drink more, more frequently, and express more high-risk drinking behaviours, such as drinking alone. There is also a strong link between alcohol and domestic violence, as seen in this study by WHO – with most of the reported perpetrators being male.

However, it’s not all bad.

Society is constantly changing and challenging traditional masculine norms. It’s been well documented that younger people are not drinking as much as their older counterparts. We’re only just beginning to view alcohol as something that doesn’t have to be a part of our identity – and challenging alcohol brands for trying to link the two. In 2017, Regulatory bodies in the UK (ASA) have announced an update to their advertising guidelines – adverts cannot “mock people for not conforming to gender stereotypes”.

With society continuing to redefine and shape itself, is it possible to redefine the relationship between alcohol and masculinity, and what’s the best way to do so?

Let us know your thoughts in the comments below!