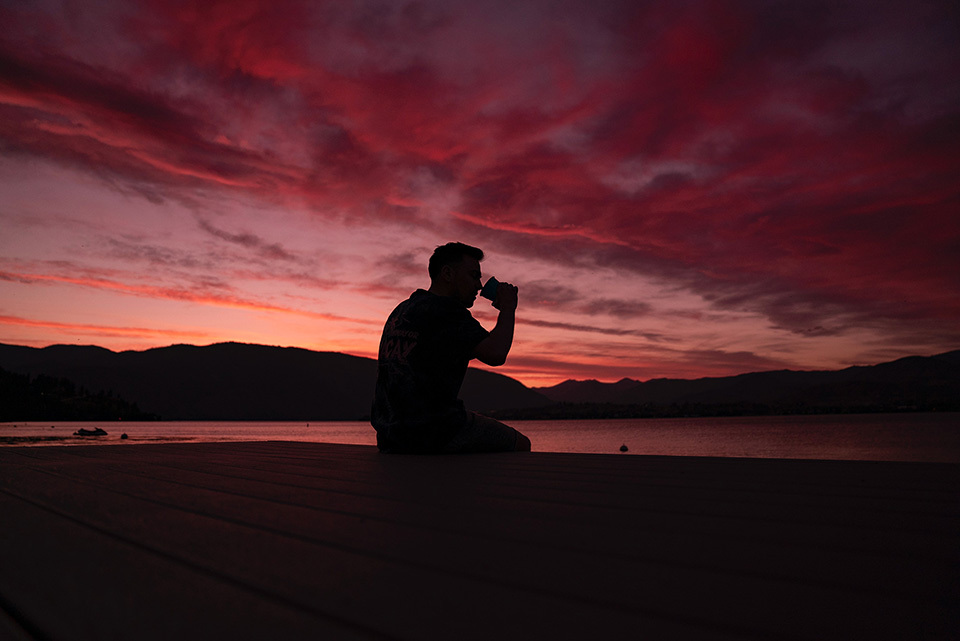 Are Australians drinking more during isolation?

There’s growing evidence in the media of the effect that social distancing and home isolation will have on people’s drinking habits. The consensus seems to be that all of these changes will result in an increase in alcohol consumption, and early alcohol retail data is certainly pointing that way.

A survey by Alcohol.org conducted amongst 3000 workers in the USA in early April indicated that one in three expected they would drink more in isolation, and one in five had already stockpiled alcohol in anticipation.

To see how the Australian picture was shaping up, Hello Sunday Morning asked our supporters at Hall & Partners – one of the country’s leading market research companies – to add a few questions to their regular weekly survey of 320 adults. These gave us a snapshot of the country in the early days of April, just two weeks into the nationwide shutdown, and will serve as a baseline for monitoring changes as this shutdown rolls on.

The change in people’s drinking might go either way. On the one hand, you might expect people to drink more when they are bored, stressed, and away from the scrutiny of others. But on the other hand, some people might find it easier to forgo alcohol while separated from their usual social circles, because there isn’t the social pressure from their peers and they no longer have to justify why they’re not having a drink.

As it happened, our survey found that both of these dynamics might be at work, and the people drinking more (21%) were exactly matched by the people drinking less (also 21%). It will be interesting to see if this balance is maintained when we recheck in a few weeks’ time.

Then there’s the question of drinking alone. A lot of people may have been quite happy to do this under normal pre-COVID circumstances but find drinking alone under COVID to be a qualitatively different experience. In the past, it might be something that was not done often, and may have been a part of a welcome evening’s solitude and personal recharge. But under social isolation, that solo drink is no longer a choice if you want to have a drink – it’s an imposition. There’s no friend or partner or colleague involved, and nobody to act as a moderating influence or handbrake.

Again, we found a balance here, but slightly skewed towards an increase – 22% were drinking alone more often, versus 16% drinking alone less often. We’ll put that down as our baseline and see how it has changed in the next survey.

For people who reported drinking more, we asked why they were doing that. The answers came back grouped in two bands. Between 41and 53% of people nominated ‘boredom’, ‘anxiety or stress’ ‘keeping my spirits up’ and ‘tempting, as more time at home’ as their main reason, while 14-21% said ‘loneliness’, ‘no need to get up early’ and ‘no consequence for a hangover’.

There’s obviously a risk that social isolation can bring loneliness, and loneliness can trigger relapse in people trying to steer clear of alcohol, so we will pay close attention to these numbers in the next survey.

Our final question was a little self-serving: we wanted to know if people felt there was a need for online support to help manage drinking, like the Daybreak program provides. A third of respondents (32%) said it would be useful either for themselves or for someone they know, and that proportion rose to one half (48%) amongst those who reported drinking more during the shutdown. That’s a lot higher than we were expecting considering that the survey went out to the general population, so maybe we’re onto something?

The mainstream media have shown a growing interest in the societal consequences of the shutdown, including the impact on our drinking habits. As well as the immediate effect on the way we drink, there’s also a question hanging in the air over whether these changed habits will stay with us once the shutdown has ended.

Of course there are those with vested interests in keeping us drinking at this new, higher level. You will have noticed the newspaper advertising spend from local liquor retailers approaching Christmas-levels of intensity, and the same thing appears to be happening in other countries. Data released by the ListenFirst social analytics agency in the US has found alcohol brands are leading social media growth and engagement during the COVID shutdown period. They looked at engagement with nearly 300 alcoholic beverage brands on Facebook, Twitter and Instagram and found activity was 327% higher in March 2020 than a year prior. By contrast, engagement with health care brands rose only 131%.

That’s not an encouraging sign, but on the brighter side we’re starting to see people talking about ‘Dry COVID’ in the same way that we talk about Dry July. And, with so many reasons for drinking more right now, it’s not a bad idea to take a deliberate decision to wind back during this period. People who do a Dry July, or FebFast (or whatever) commonly notice that their background levels of anxiety drop away after a week or so, and stay low. Improved sleep is also frequently reported, along with a better ability to deal with day-to-day crises, and these all sound like very useful attributes to cultivate right now.

As we see people adapting to isolation and finding the support that they need, we may also find that they won’t need to rely on solo drinking as much!