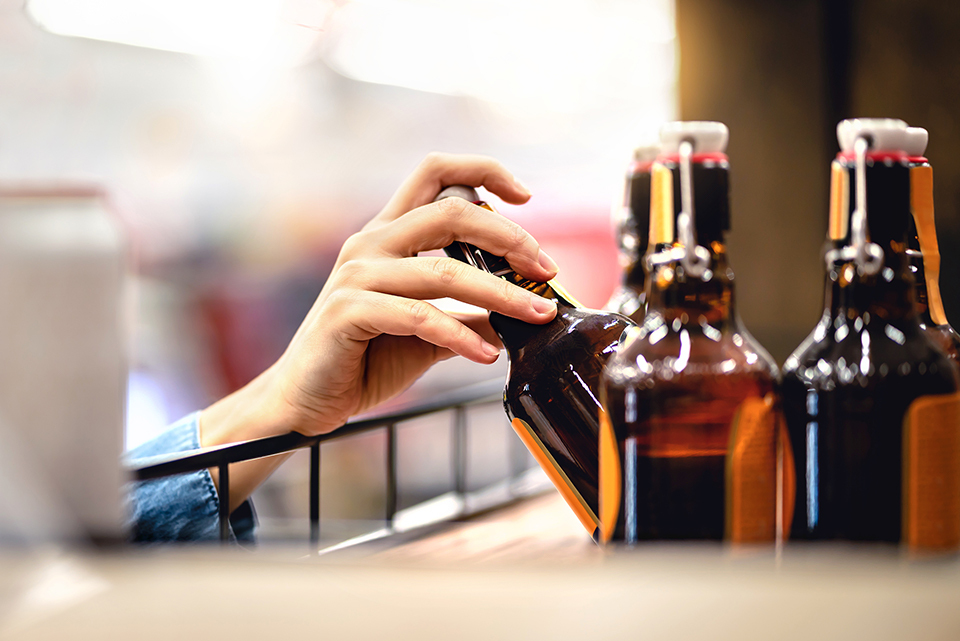 FOMO and the liquor store

If you’ve visited a supermarket recently, you’ll have seen the depleted pasta and rice sections, the absence of baking yeast, and the yawningly empty aisles that were once stacked to the roof with toilet paper.

The first ones we can explain readily – pasta and rice are home-cooking staples, and we’re all having to eat in a lot more than we used to, so it makes sense that demand for these has gone up during this time. But toilet paper? Presumably, we’re all still using it at pretty much the same daily rate as before, so the reason for buying it isn’t because our neighbours are going through more rolls than they were in January.

You’ve probably also noticed reports of panic buying in retail liquor stores, and that’s something that needs a bit of unpacking…

First, there was the announcement by the Australian Government that the continuation of retail alcohol services was seen as an ‘essential service’, along with supermarkets, pharmacies, petrol stations, etc. It’s a classification that has struck many people as odd, to say the least, but Canadian health officials may have a partial explanation. They’ve classified liquor outlets as essential partly because they believe that restricting access to alcohol at this time could precipitate the involuntary detoxing of significant numbers of people. That, in turn, could lead to an overload of Accident & Emergency departments in public hospitals at a time when they are needed to treat the expected surge of COVID-19 patients.

So booze shops are to stay open through the crisis, but are people drinking more? Last week, Hello Sunday Morning participated in a survey conducted by market researchers Hall & Partners. We wanted to see whether Australians were drinking more or less during the pandemic, and look at underlying reasons for variations. The survey was fielded across a good demographic spread of 320 people and found that about one in five were drinking more, just two weeks into isolation. For those reporting an increase, the most-cited reason was boredom (53%), with stress/anxiety next (45%), and loneliness was only given as a reason by one in five (20%). We’re hoping to repeat the survey after a few more weeks when the effects of social isolation can be expected to be more pronounced, and we’ll share those results with you again.

So a small increase in drinking so far, but does that explain the run on bottle shops? If we’re all drinking the same amount, or even just slightly more, then there shouldn’t be the disproportionate increase in demand that we are seeing, surely?

Maybe we’re seeing two separate drivers here. Firstly, there’s pre-emptive purchasing:  I believe that my foolish neighbour will panic and start hoarding wine and beer, so I pre-empt him by buying enough to tide myself through his foolishness. It’s a rational response on an individual level, but irrational on a group level.

The second driver is a bit more basic. It’s the magic of harnessing FOMO, the Fear Of Missing Out. We tend to associate limited availability with exclusivity. As such, consumers are influenced by an item’s availability when deciding on the quality of the product. If things are difficult to get, we think, it’s because they’re better than the things we already have.

Consumers place a higher value on goods that are scarce, or even just perceived to be scarce. So, by restricting the availability of your product or service, it is possible to increase the demand and charge a premium price. You may have noticed that retail liquor outlets have begun placing voluntary limits on the amount that can be bought. To be honest, these limits aren’t very restrictive at all (a dozen bottles of wine and a case of beer at a time), but they powerfully increase the perceived scarcity of these products and contribute to the demand by encouraging a hoarding mentality.

It’s easy to think of a number of ways around these restrictions, and it will be interesting to see what effect they have on overall alcohol sales. Early signs are not encouraging. CommSec’s retail audit group reports that spending in Australian liquor stores was up 86% in the week to 27 March compared to the same week last year. And in the USA, the Nielsen market research company is reporting a 55% increase in booze sales for late March.

Please note that we’re not accusing the retailers themselves of gaming the crisis. They are dealing with a weird situation, and in some cases the state governments have imposed even tighter restrictions, but the effect might be the same regardless of the motives. (However, it’s noticeable that the previously aggressive discounting by some retail chains seems to have gone into COVID-19 hibernation!).

There will be fascinating social science papers written after this COVID-19 crisis has passed, and there’s a rich seam to be mined in explaining the buying behaviours of people when they are under the pump.

Our hope at Hello Sunday Morning is that the pressures of the situation don’t result in a damaging increase in drinking, particularly solitary drinking, and we are exploring ways of increasing the capacity of our Daybreak program in order to take some of the pressure off the health system. We’ll be announcing these as they become available.