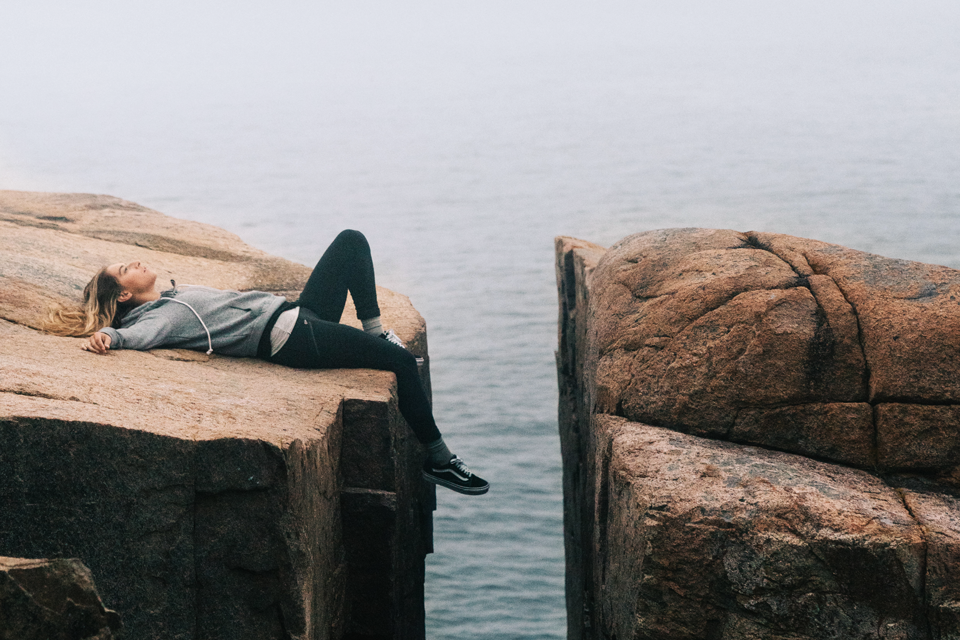 Started in 1909, and officially established by the United Nations in 1975, International Women’s Day is a mark of how far women have come and how society works together in closing gender gaps. It’s a day where everyone, not just women, should take pride in the advancement of our society in the efforts towards equal opportunity for all. One of our values at Hello Sunday Morning is ‘Respectful’, we believe that everyone has the right to health and wellbeing. Whether rich or poor, male or female, everyone has the right to have a healthy relationship with alcohol. So what does it mean for women and equality when it comes to freedom around alcohol consumption?

You might recall a black and white photograph of ten women in the Pre-Prohibition era holding a sign: ‘Lips that touch liquor shall not touch ours’. Humorous as it might have looked, there was a painful truth which is parallel to the social impact of alcohol nowadays. Back then, women were not allowed at saloons or anywhere that served alcohol. Neither was it the social norm for women to meet up at the bar with gin and tonic – or for them to drink at home. Women were left to deal with the financial consequences when their husbands were out spending household income on alcohol, and there is a correlation between alcohol and domestic violence.

Times have changed since then, and a lot has happened. More women are free to pursue their careers and therefore, more financial freedom. Women are allowed to freely drink without being frowned upon. There is more social acceptance around women and alcohol. Bars and pubs not only welcome but celebrate women’s independence as part of their marketing strategy. Events like ‘Ladies Night half price drinks’, ‘Hens night cocktail-making class’ and even down to the names of cocktails (such as Pink Daiquiris), are strategically targeted for women. However, are women really benefiting from this?

The alcohol industry sees this empowerment and shift in society as an opportunity. The rise of alcoholic beverage options targeting women is more and more pronounced today; from ciders, low-carb beers, strawberries-and-cream coffee liqueur, a pink gin edition, to an endless list of wines with fancy fonts and gold-leaf finish on their labels. Taste, calorie content, flavours and colours are all tailored to entice women. Some companies have even approached female Instagram influencers to promote their alcoholic products.

There is no doubt that women’s bodies respond differently to alcohol than those of their male counterparts. From metabolism, water percentage to fat composition means that their bodies retain alcohol for longer. Women’s bodies also don’t produce as much ADH (Alcohol dehydrogenase), an enzyme helping to break down alcohol. All of these attributes cause alcohol to stay in the body longer. There is also evidence that shows alcohol has a strong link to cancer. Breast cancer is the second most common cancer causing death within Australian women. According to The National Health and Medical Research Council (NHMRC), no more than 2 standard drinks for women is recommended ‘to reduce the risk of health consequences of drinking’. Research has found that women will be more likely to develop alcohol-related diseases such as heart disease, liver disease, and brain damage, amongst others.

There is a notion that women are perceived as powerful and ‘as good as’ men when they have a glass of alcohol in their hand. Or whisky. Neat. Tapping into the masculine drinks like Jane Walker, by Johnny Walker, a brand that promotes gender equality and celebrates women’s achievement with a mission to promote the spirit of progress (surely the pun was intended). Aligning with the United Nations by celebrating women’s empowerment in IWD 2019, Diageo Beverage promotes gender equality in the company, correlating with the Sustainable Development Goal (SDG) #5, which is Gender Equality. While it is a good thing to champion women’s causes, we’ve got to question if they have completely missed the point of SDG#12, Responsible Consumption and Production. If alcohol causes more harm to women than men, does that contradict their efforts to empower women? Would that be considered as irresponsible consumption and production?

The drinks industry is not the first to seize the opportunity of linking gender equality with their products – the nicotine industry had already started this in 1969. The Virginia Slim advertisement, ‘You’ve come a long way, baby’, showed a slim attractive woman with fur shawl and slim cigarette in her fingers (I would absolutely recommend that no one smokes anything in an outfit that flammable). Going deeper still, magazine advertisements show the sophisticated lifestyles of women with alcohol. Netflix TV series and movies are full with examples of women that drink, depicting them as funny and empowered. Are women really empowered, when their drinking is used as a subject to ridicule?

Trish Hepworth, Director of Policy and Research with the Foundation for Alcohol Research and Education (FARE), says: “What women deserve is to enjoy a healthy lifestyle – they certainly don’t deserve to get alcohol-related diseases such as breast cancer, which is the diagnosis faced by around 830 Australian women every year.”

Similar to the example of the ten women in the Pre-Prohibition era holding up a sign, where they’ve made a stand against the implications of alcohol on their families; collectively as a society we can also make a stand by educating women and girls to be critical and to choose how they should celebrate their achievements. Today, women can drink to their hearts’ content, and their freedom to have alcohol should not affect their empowerment.

This International Women’s Day, why not empower women with knowledge about alcohol and its impact on their bodies, rather than empowering them with alcohol?