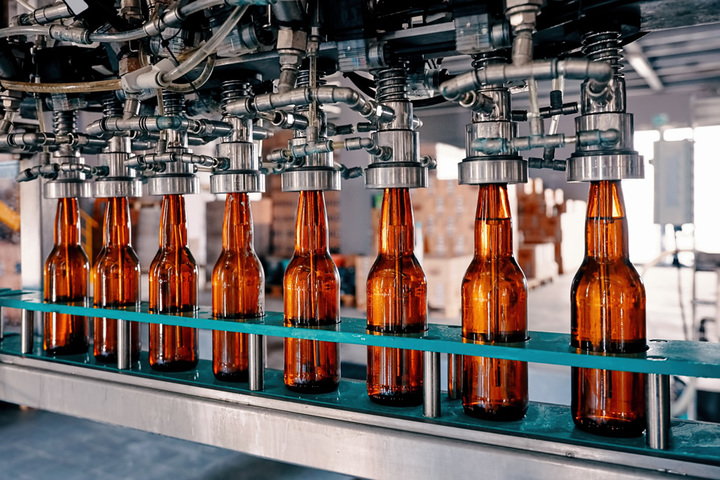 Anyone who has sampled one of the new zero-alcohol by volume beers (ZABVs) on the market can’t help but be impressed by how well they mimic regular beers, and many of our Daybreak members find them to be a very acceptable substitute for regular beers. On top of the taste, the packaging (regular beer bottle, very similar labelling) allows a very similar drinking experience, except for the intoxication. That can be important for people who normally like to crack a cold one open at the end of a working day, and it also gives a degree of camouflage in social drinking settings.

But is there a dark side to the marketing and promotion of these ZABVs? The answer may depend on your resting state of suspicion of Big Alcohol. Here are two possible takes:

1. The big breweries are to be commended. They have noticed the trend towards well-being and the decline of alcohol consumption and have responded to their customers’ changing needs by researching and launching zero-alcohol beers which taste pretty damn close to their alcoholic counterparts. They’ve packaged them up so they retain the look and feel of regular beers, and that preserves most of the social experience of drinking them, minus the alcohol.

2. The big breweries are to be condemned. They are seeking to normalise the consumption of alcohol by the trojan-horse strategy of introducing zero-alcohol beers into situations where regular beers are frowned upon. They’ve deliberately packaged the ZABV beers to blur the distinction between alcoholic and non-alcoholic brands and are encouraging minors to enjoy these introductory brands.

We’ve been discussing these two positions at Hello Sunday Morning for the last few weeks because FARE (Foundation for Alcohol Research and Education) has issued its position statement on the advertising and marketing of zero-alcohol by volume (ZABV) drinks, and it is closer to the second view.

ZABV beers can be seen as line extensions of similarly branded core beers, and in marketing terms, that means their function is to enhance the core brand. The commercial driver for their promotion could be to normalise beer drinking in situations where it is currently not normal (workday lunch, daytime generally, under 18-year drinkers, etc). In this view, ZABV beers are being promoted not only as substitutes for times when regular beers would otherwise be drunk, but in additional situations where regular beers currently aren’t. FARE is concerned that ZABVs could become accepted as alternatives to soft drinks and not just regular beers, thereby increasing the spread of the core brand imagery.

FARE believes the packaging and branding of these line extensions deliberately resembles the core brand in order to blur the distinction between the regular and the ZABV products. This blurring allows them to imprint the branding of full-alcohol beers onto children who are under the legal age for drinking, thereby enabling a swift transition to the core brand once they are 18 years old (if not earlier).

Because of this, FARE believes that ZABV products should not be sold in places where regular beers cannot be sold (e.g., they should no longer be sold in supermarkets). Likewise, they should adhere to the same Alcohol & Beverage Advertising Code (ABAC) on advertising and marketing that applies to regular alcoholic drinks.

In the case of ZABV beer brands that are not line extensions to existing regular brands (e.g., stand-alone brands like Sobah and Nirvana beers) FARE believes that these still normalise the consumption of alcohol because of the look and feel of their packaging and promotion, and should be regulated through ABAC restrictions.It’s a complex area. We at Hello Sunday Morning believe that FARE’s position has some merit, but in ascribing cynical motives to Big Alcohol they might be overlooking some of the real benefits of these products and their usefulness for people who want to change their relationship with alcohol.Packaging is an integral part of the experience of drinking alcohol. People who want to reduce their alcohol consumption may still have a need for a ‘grown up’s’ drink that can be drunk inconspicuously in social situations. For a ZABV to be acceptable as a substitute for non-drinkers or moderating drinkers in social situations, it has to replicate most of the experience of a regular beer, minus the alcohol. That means the packaging needs to look similar.

Importantly, visiting a bottle shop can weaken the resolve of moderating drinkers, and could be downright triggering for those with alcohol dependencies, so it would be counter-productive to limit the availability of ZABV products to these locations. Supermarkets currently sell Carlton Zero and other ZABVs, but a supervisor checks the age of anyone purchasing them, and that may be sufficient.

However, we agree with the ‘trainer-wheels’ hypothesis and would not want ZABVs promoted to school kids. Similarly with marketing and advertising – ZABVs should not be directed at children, and we’d be comfortable with ZABVs falling under the ABAC’s advertising and promotional codes for those under 18 years of age.

• Hello Sunday Morning welcomes the introduction and increasing acceptance of new ZABV beverages because they provide an acceptable alternative for non-drinking adults and those moderating their alcohol consumption.

• We believe that the marketing and advertising of these beverages should be in line with the existing ABAC codes to prevent direct or incidental promotion to minors.

• It makes good sense for ZABVs to be available in locations other than licensed premises, but they should not be sold to minors.

What do you think? Leave your comments below…