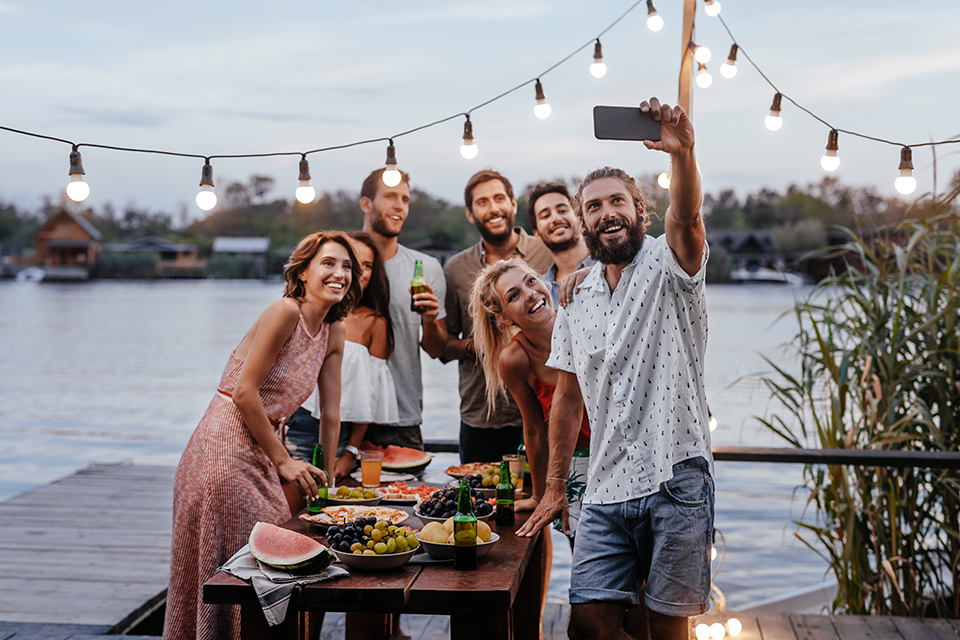 How to explain your alcohol choices: 8 creative excuses for not drinking

Looking for a list of solid excuses for not drinking alcohol? We’ve got you covered, but you might not need to rely on ‘excuses’ after all…

So, you’ve started your booze-free period, and things are looking up. You’re over the first few disorienting days and you’re starting to feel the growing benefits for mind, body and soul. That brain-fog, that you hadn’t previously realised was there, is now lifting. The guts are stabilising, the sleep is awesome and the skin is glowing. It’s time to take this ‘new you’ out for a spin and do some socialising!

You hit the gathering, and, despite the fact that these are mostly friends from way back, you’re a little nervous. How is this going to work without the lubricant? Will you get into the swing of it quickly? Come up with the repartee? Dance like a mad thing?

What you weren’t expecting was to be flummoxed by the first question: ‘Why aren’t you drinking?’

This is a really common issue – not knowing what to say when you are in social situations and someone offers you a drink, or asks why you aren’t drinking. For a lot of people it can feel really rude to turn down a drink, like you’re spoiling the fun. Or you feel exposed by saying ‘no’, feeling that you have to justify your decision or engage in a conversation about why you don’t drink.

But consider that we don’t question pregnant women why they’re not drinking – or designated drivers, or people training for a marathon. That’s because they have a good reason not to drink, that we all accept socially. It is good to consider that idea for yourself.

You don’t need excuses for not drinking; you have a really good reason not to drink too, and you’ve spent some time coming to that decision – so own it. This is a personal choice and one that you’ve made yourself, like what kind of car to drive, or where to go on holidays.  But if you simply want to kill the line of inquiry dead and move on to more interesting topics, you can try a ‘move on – nothing to see here’ approach. Try the following replies:

However, some of your friends may deserve a more frank explanation (and, importantly, some of them may actually benefit from your example), so consider some of these responses:

A reflection of their own beliefs about alcohol

Often people will be surprised or disappointed if you turn down a drink as it may reflect on their own drinking – they might feel a bit exposed if you are staying sober. It can be good to show them that you are not passing judgement on their behaviour, and that this is really just a personal decision.

At Hello Sunday Morning, we believe that others’ responses can be partly to do with their own ‘baggage’, and this can be uncomfortably brought to the surface by someone who is abstaining.

In other words, the discomfort of the situation might be more with that person than with you.

More common than you think

The reality is, that most people at some point in their lives have considered cutting back on alcohol – it is something that tends to affect our health and mood, particularly as we get older. Most people can relate to the idea of cutting back or taking a break from alcohol to focus on their health – this is something that is becoming more and more common, and no longer a tacit admission of a deeper and humiliating problem with drinking.

What kinds of social situations are the most problematic for you – turning down a drink, or being around a lot of alcohol?

Let us know in the comments section.