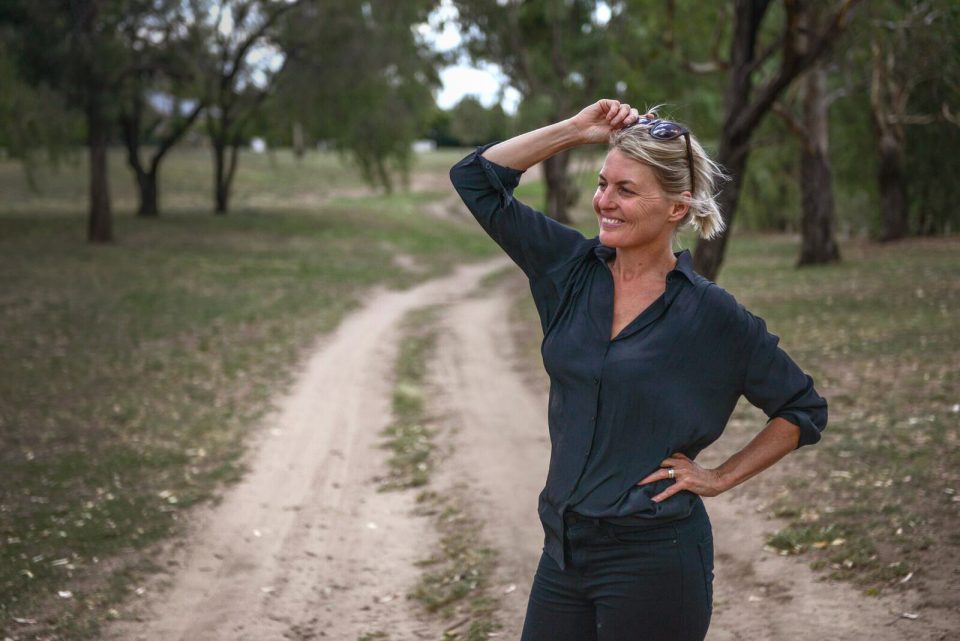 Shanna Whan is a rural woman who speaks, educates, blogs, and travels. She was a finalist in the prestigious 2018 NSW-ACT Rural Women of the Year awards in honour for her work in the field of alcohol awareness – and has now joined our team of HSM ambassadors to reach even further and show support to her ‘rural Australian family’.

We have a 25% rural member base here at Hello Sunday Morning – and Shanna is perfectly positioned to be a representative flying the flag for those who are most remote of all with very limited access to support and services. Here’s her story …

If anybody had told me as a young woman what my future would entail, I would have quite frankly curled into a ball, covered my ears, or run like the wind.

If anybody had foretold how a series of traumatic events when embarking upon adulthood would alter the trajectory of my entire life and ultimately nearly take it all, including my chance to have a family … well …

If they’d told me that time would fly past and the grief of it would all eventually catch up with me, take my breath, imprison me, and enslave me to my ‘go-to’ of a few drinks, for hard times, social occasions, courage, or even sleep … I would’ve bargained with my soul then and there, to change it all.

If anybody had told me how a miracle at the brink of hell itself would see me come back, heal, and then take all that experience and roll the dice to do the craziest, boldest thing of all, I’d have laughed my head off.

All of those things and more, did happen. The ongoing impact of some serious traumas in my life as a young and naïve country girl would in fact be devastating, and follow me until I was in my late thirties, when those two decades of unaddressed mental health and an increasingly unhealthy relationship with alcohol would all (inevitably) finally catch up and almost cost me my life.

I became a high-functioning alcoholic who presented one face to the world but was falling apart in increments after five o’clock, in the privacy of my own home.

A party-hard lifestyle at university ended up in a habitual love for dealing with anything difficult using alcohol as a crutch, and eventually turned into habitual blackout drinking to drown the avalanche of feelings, fear and shame I couldn’t stem.

And yet I never considered (until the last couple of years) that I was an ‘alcoholic’ because doctors, friends and other people  – including me – thought that alcoholics were people who were homeless, with holes in their coats, who drank every day out of a brown paper bag. I was a successful businesswoman with a great husband

and a mortgage. I didn’t even drink every day. I certainly didn’t drink before five! Well, most of the time.

I worked out, ate well, presented well, and contributed to my community. I’d never accepted a cent of welfare or support. So no way did I think I could be ‘one of those’ people. No way. I was mortified if the suggestion was even made.

But eventually I was unable to reconcile the loss of our chance to have a family or deal with the devastation of my past, and found myself at the edge of hell itself at what they call ‘rock bottom’. I lost my will to live. And I was forced into the realisation that an alcoholic was exactly what I had become.

My life was completely out of control. Once I had that first drink, I was no longer ‘me’. I could not stop. Alcohol was affecting my health, my finances, my relationships, my work, and my entire soul.

Countless attempts over the years to seek emotional or physical support were met with statements like ‘Don’t be ridiculous – you look fine to me! Here – have a drink!’ Even professional healthcare workers didn’t have a clue what to say or do. The standard response was anti-depressants and cutting back.

Which proved impossible. In the rural, country party scene I’ve grown up in, alcohol was (is) basically encouraged at every turn. From school, to uni, and at work, at sports and weddings, funerals or even community events – it’s always been a prolific and revered part of any social connections.

So I fell back into the same patterns again and again. It was just too easy. It was encouraged, always.

At the point of almost no going back, I was very lucky to meet an amazing woman who’d suffered and recovered from alcohol addiction. Her story was almost identical to mine. And through that simple conversation, connection, and information flow, I finally found a way out.

Four years ago (next February) – thanks to that one amazing lady – I finally escaped the devastation of alcoholism. I made a decision to reclaim my life and to do whatever it took to get healthy, well, and healed. And from that place, I hunkered down and worked like I’d never worked before. I overhauled everything: from mental, physical and emotional health, to my home, work, and circle of friends.

I realised I was going to war and that I had to give myself the information, equipment, and armour to win the battle for my life.

Somehow, I made it. The odds were overwhelmingly against me – as I kept reading and being told. Some fanatics declared ‘once an alcoholic always an alcoholic’ and I realised that was why so many people cannot beat the stigmas and are overwhelmed before they even start.

Once I got my head around the sheer enormity of what a miracle my survival was, I made a plan. I decided to use every single fibre of my being to do what I could to ensure no other rural or remote person would lose their health or their life to this rampant and insidious culture, and potential disease, that dwells richly in our country environments.

I had seen over a lifetime, firsthand, the appalling lack of services, support, and information for ‘people like me’ in the country: men and women who our society dismisses as having any problems because they have (at least superficially) a ‘normal’ life being presented to the outside world.

The longer I walked the walk the more I saw the true underbelly of our rural and remote mental health issues, and diseases that were intricately linked to alcohol abuse. And yet not a single person that I could find was taking the topic on.

So, I decided that person would be me.

That’s why I’ve spent four years working full time as a volunteer. Because I knew change was possible, but that somebody had to go first to break up the dirt, so others could walk behind a little more easily.

So I went first.

That’s how ‘Sober in the Country’ began. I decided to do for others, on a much larger scale, what had been done for me. I reached out and connected others and broke down stigmas and spoke the awkward, uncomfortable truth of what is living in every country community, dressed in lovely shoes and masquerading as okay…

By Shanna Whan, founder: Sober in the Country, aka SITC