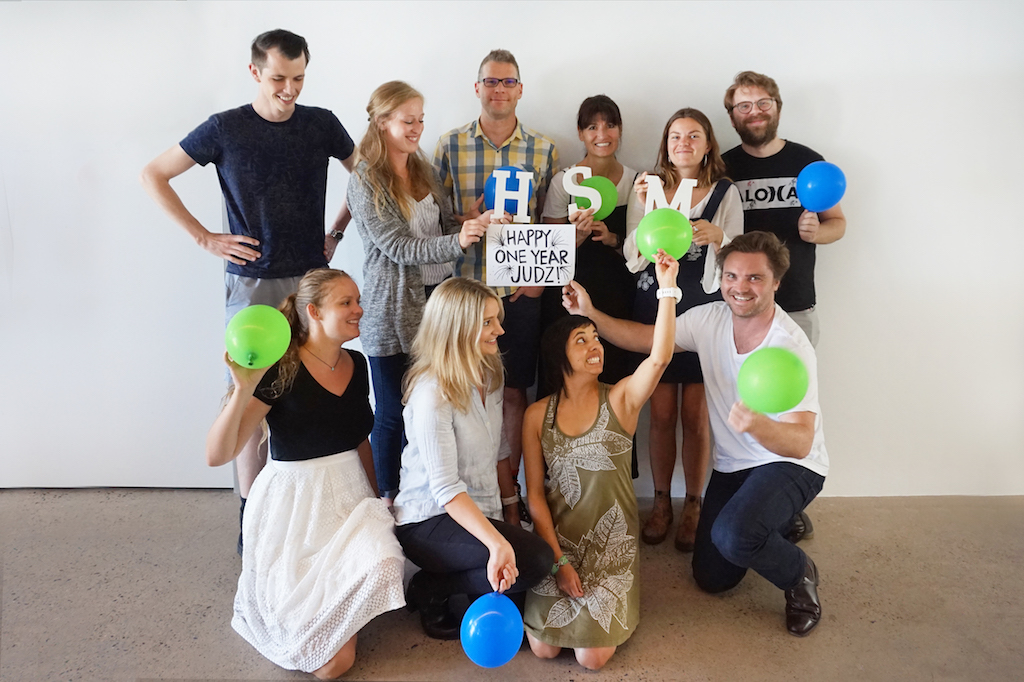 One year on – reflections from a Daybreak member

I am a married mother of two children. I live in a beautiful house in a nice neighbourhood. To anyone outside, I seemed to have it all.

Nine years ago, I held my father’s hand while he took his last breaths as he passed away from alcoholic cirrhosis.
I never thought it was possible for people to die from alcohol abuse and, honestly, I was angry that he let it get to that point. I never thought I would be headed down the same road.

Of course, it didn’t happen overnight. I started drinking on weekends, progressed to weekdays and then it became a regular daily occurrence. Some days were worse than others, where I drank so much I would completely black out and not remember what I had said or done the day before. Some mornings after I had too much to drink the night before, I’d vow to myself I’d never drink again. That lasted for a day or two and then I would promise myself that the next time I would just have a few glasses instead of a few bottles of wine. I kept this going for a few years. If I didn’t drink the night before, I’d make up for lost time the day after.

I got to a point where one bottle of wine per day was normal and I would have two other bottles on standby. Then two bottles became my new normal and I started drinking earlier in the day, hiding my bottles so that my husband couldn’t see that I had started drinking before noon. I used any and every excuse to drink. Good day, bad day, weekend, celebrations, you name it, I’d have come up with a reason why drinking was acceptable on any given day.

My entire life was starting to crumble. My relationships with friends and family were suffering. I wasn’t truly present for my two children, and my marriage was on the verge of divorce. I said and did hurtful things, some of which I didn’t even remember doing. I was ashamed of myself but the more I tried to control myself and try to moderate my drinking, the more I failed and eventually got to a point where I considered ending my life. I couldn’t come to terms with the fact that I had a drinking problem. I knew I had a problem because drinking at 8:30 am is not normal, but I couldn’t say it out loud and the thought of never drinking again scared the hell out of me.

I went online and found Hello Sunday Morning and an online app called Daybreak. I wasn’t sure what to expect. I didn’t want to go to AA meetings or any other type of support group because it terrified me. As clichéd as it sounds, admitting you have a problem is the first step. I logged onto Daybreak and for a while just lurked on the app, reading posts from other people who were having the same problems that I was having. I tried and failed a few more times but on 25 September 2016 I finally decided to get onto the app and stick to my commitment to stop. 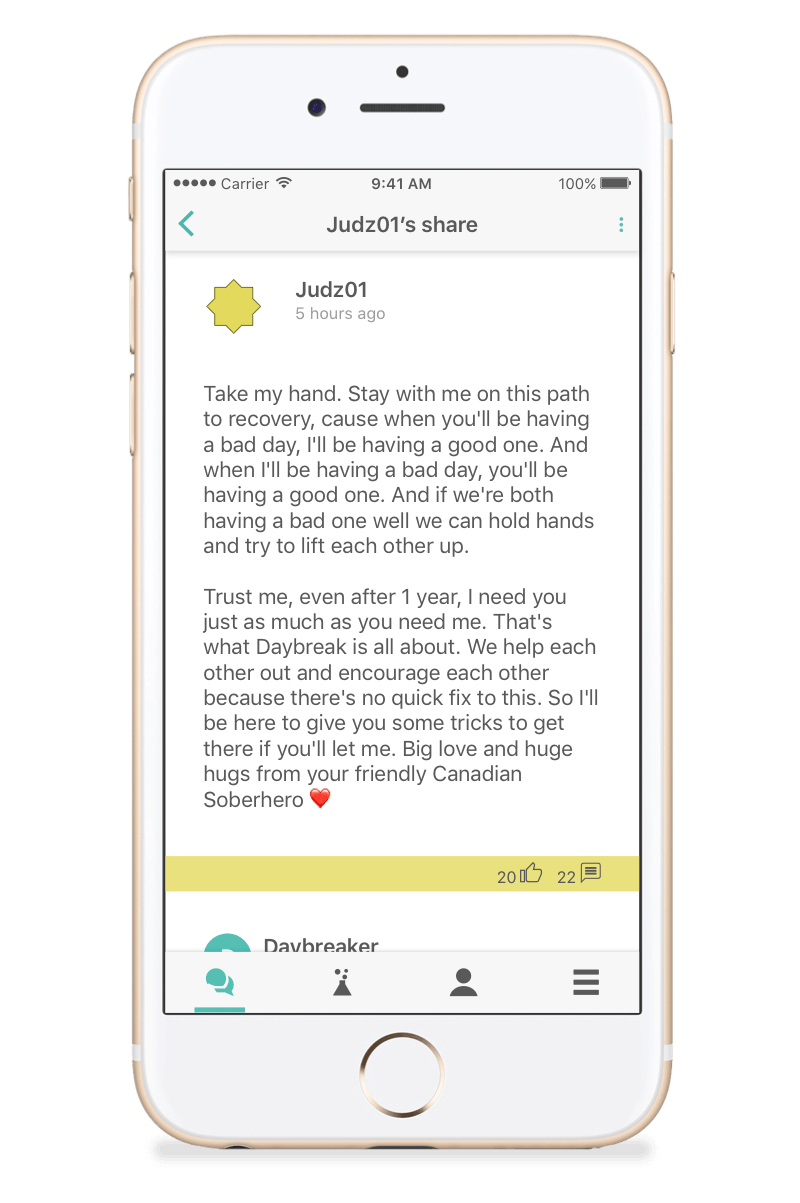 What I found on this app was support and understanding like I didn’t know existed, from strangers all over the world. Strangers who encouraged and held each other up and who were all suffering in the same battle. Some had been there longer than I was and it gave me hope to stick to it. People on Daybreak gave me tricks and tips on how to get through the toughest battle I had ever had to fight in my life. It was absolutely mind-blowing to witness the pure honesty and goodness of these people. It is truly like a gathering of the best humans in the world all in the same place, and support was there any time of day or night.

I chose not to go to AA and similar meetings because they did not resonate with me at all. I personally find AA to be outdated and somewhat religious, so it just wasn’t for me. Daybreak and the people who supported me have saved my life. I don’t know where I would be had I not had their support.

Sobriety has changed my entire life. My relationships with family and friends, my marriage, all of it changed for the better. Of course, it didn’t happen overnight, but incrementally every aspect of my life got better and old wounds started to heal.

I am and will forever be grateful for Daybreak and all the wonderful people that are on the app for their support. If anyone is questioning themselves about their drinking or realises that they have a problem, Daybreak is such a great place to start. Support, understanding and compassion and most of all, no judgement. People that are going through the same journey understand how difficult this can be.

From the bottom of my heart to all of you at Daybreak and Hello Sunday Morning, thank you for saving my life.

To find out more and to download Daybreak, an app by Hello Sunday Morning, visit hellosundaymorning.org/daybreak