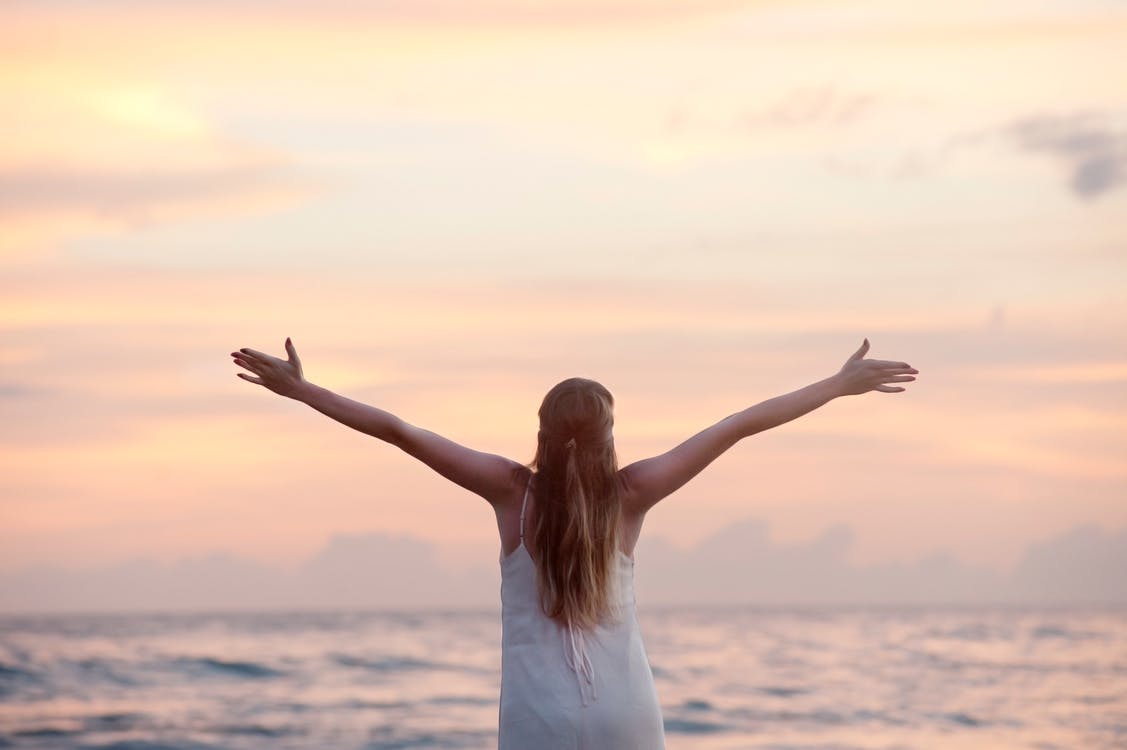 She Recovers – we are all recovering from something

“We are strong and courageous women, and we do recover.”

These are the first words you read on the She Recovers website, an online community for women going through all sorts of recovery; from alcohol dependence to codependency, eating disorders, workaholism, depression and other mental health challenges. It is a place where women recovering from grief, physical, sexual and emotional abuse, self-harm, cancer and chronic illness, broken hearts, or the loss of marriages, homes and jobs, can join and share a safe space.

She Recovers was born out of a mother-daughter collaboration between Dawn Nickel and Taryn Strong, both women in recovery from substance use disorders and other life issues. The organisation started from humble beginnings and, similar to Hello Sunday Morning, She Recovers started as a blog and a Facebook page six years ago, providing a safe space for women to share their experiences and lead authentic lives through recovery. It is also a way that Dawn and Taryn can share events, retreats, workshops and tools for women to help them on their own journey to recovery.

The day I spoke with Dawn, she had reached her 30th year of not drinking. 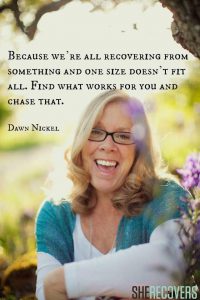 “It’s pretty special to me. I was thinking about it today, it’s incredible to go thirty years without a drink. From somebody who used to drink the way I did, is really quite amazing. I was 27 when I stopped drinking so it is kind of a big deal.”

From the early days of publishing a few blog posts, She Recovers, just like the women coming through its community, has grown profoundly. Their event in New York City earlier this year was an inspirational women’s movement and attracted 500 women, mainly from the United States and Canada but also a few from Australia, New Zealand, Mexico, the United Kingdom, and Egypt. Keynote speakers like Marianne Williamson, Elizabeth Vargas, Gabrielle Bernstein and Glennon Doyle graced the main stage.

“As a woman in long-term recovery, I often thought I wanted to do work with women in a similar situation so I went back to school and came out with a PHD in health care policy, with my thesis focusing on women and caregiving.

Dawn had gone through recovery not only for her alcohol, cannabis and cocaine reliance. Having been in school for thirteen years, Dawn lost her mother and was then treated for colon cancer when she graduated. She felt as if she was very behind in her life and needed to make up that lost time financially and career-wise, so she worked herself to the bone.

About six years ago, I hit a wall with workaholism. So I went on a stress leave for four months and really began to contemplate why I had gotten so messed up and off track in my life. I was so out of balance and started to reflect on the fact that there are so many parallels on people addicted to work or even addicted to being busy, which is something that so many of us suffer from. So I began writing a blog called Recovering Dawn and reflecting on my recovery from long-term substance abuse. I gathered a following quite quickly with women going “yeah me too, I’ve been sober or clean for this long but I do still find myself burnt out or still trying to prove myself.” So, there was a definite theme there.

Dawn has just returned from their  15th recovery retreat (most in Mexico). She Recovers hosts retreats locally in North America as well as in Bali and California, with exciting plans to extend these retreats to other countries. The emphasis on all of the retreats is radical self-care, with Taryn facilitating mind, body and spirit connection for all retreat guests through her signature Yoga for Recovery program.

Karen, from Sydney, shares her experience on a She Recovers retreat. We loved her story as it illustrates so beautifully the intersections between She Recovers, Hello Sunday Morning, and similar sites such as The Bubbly Hour, and shows that not one mould fits all.

“In January 2015 I signed up for a 12-month challenge with Hello Sunday Morning, posted this status on my Facebook feed and a few months into it I stumbled across The Bubble Hour podcast. Both of these provided me with the support and motivation to start the journey of life without alcohol. One of the interviews I listened to on The Bubble Hour was with Dawn Nickel from She Recovers – I always loved listening to people’s stories, however, Dawn also talked about the special retreats she organised for women who are in recovery from something, whether it’s addiction, grief, stress, abuse – anything. Connecting with others is a key component of recovery and I wanted to feel this. I decided that I would like to reward myself for the work I had done on my own recovery and signed up for the 2016 She Recovers Retreat in Mexico. How exciting! A week on my own with no kids, no cooking, no chores – just chillin’ in the sun with a group of women from a different part of the world. This time that I took out for myself was pivotal in my recovery. These women all made a choice to set aside time from their day to day work and families and come together with a bunch of strangers to share their stories and gain strength from each other. I came away from the retreat feeling like my mind, body and soul had been nourished and I felt completely at peace with myself. I also felt inspired by the women I met – it’s funny, an outsider would never think any of these women were recovering from anything because they all seem to have their shit together! Being self-aware and open to connection is a wonderful strength we all had.

“A typical day at the retreat involved sleeping, chatting, resting, and reading, either by the pool or on the beach; our bodies had time to rest and were nourished with beautiful fresh food at every meal; we completed 12 yoga sessions over the week with each one focussing on a chakra – this was something new to me and I found it transformational. I’ve now adopted yoga and meditation into my normal daily life. I took a run along the beach every day and spent time reflecting on the conversations I had with my new friends and the words of wisdom Taryn gave us during our Yoga sessions. I no longer felt alone, I felt like I had met my tribe and together we are a powerful energy. I was reading a post I wrote to my new friends just a month after the retreat and it still rings true one year later: ‘Choosing a life without alcohol is the smartest thing I’ve ever done. What’s surprising is I’m not the social outcast I thought I would be; if anything, I’m more social because I’m not sitting at home drinking. I’m now playing sport, doing yoga and being mindful of my family and friends. I’m present in my relationships and investing time in nurturing them. I’ve chosen not to work long hours anymore and to keep an eye on how much mental energy I give work when it’s family time. I finally feel like I am living a balanced, healthy and mindful Life – my dream is coming true.'”

The She Recovers philosophy is a co-creation and is built from mine and Taryn’s experience, and what we’ve learned from the women who follow us, from the women who we’ve met on the retreats or have written to us. We believe in early intervention and we know it is not about being a ‘sick’ or ‘diseased’ person; we take a strength based approached.

“We are stronger together.”