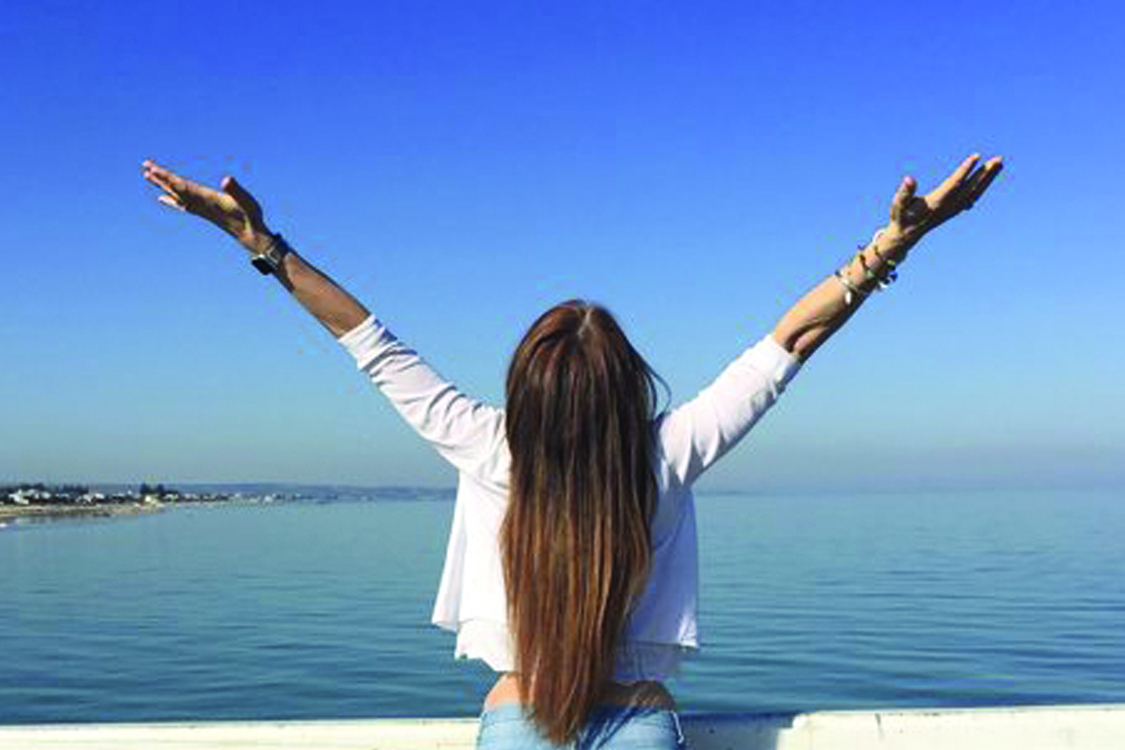 How I stopped my wine o’clock habit

On 1 January 2017, I started an alcohol-free month. It was on the back of a classic ‘new year, new you’ moment (cliché, I know), but there’s something so neat and appealing about a bright, shiny new year. There’s also the bonus of New Year’s Eve, so you can go out with a bang.

I’ve done Dry July the past few years with various degrees of success (last year needed a reset to Dry August). I’ve always admired those strong-willed people who have a month off the booze in sunny February or October. I can cope when we’re knee deep in winter but balk at the thought of giving up alcohol in a nice month.

It’s pretty easy to get into the habit of drinking. I had a general plan for AFDs (alcohol-free days) Monday to Thursday, but too frequently that was pulling back to Wednesday, maybe Tuesday on a bad day. The routine of walk in the door; keys down; glass out and pour is very easy to slip into and so easily sustained when it’s an almost daily ritual with your partner. It just becomes a part of your routine.

What goes hand in hand with frequency is quantity. A couple of glasses at wine o’clock  most nights adds up pretty quickly, right? Throw in a sneaky bubbly on Friday after work and a Saturday night binge sesh, and say ‘hello’ to a couple of empty bottles of Adelaide Hills pinot gris by Sunday.

I was pretty good at knowing how much I could drink and stay under the limit for driving. Sometimes I’d plan my strategy in advance – would I drink up in the first hour and then wait it out? Or would I drink over a few hours and hang in there? It’s an imprecise science at the best of times and obviously impacted by the wine goggles you’re wearing when you’re in the moment.

One of the bonuses of being a successful grown-up is the capacity to afford good quality alcohol. Drinking well adds to the air of sophistication and makes you think you’re a wine aficionado, rather than just someone who drinks too much. I was starting to invest quite a few dollars of my hard earned cash in alcohol and would reason that I work hard, so I deserve to let my hair down every now and again.

The interesting thing about drinking is how enjoyable it is in the moment and how shit it is the next morning. I was starting to find that my capacity to drink was pretty good so I could hold my grog with the best of them. With increasing regularity, though, I’d lose my capacity to bounce back and I’d suffer the next day blues with a fuzzy head and blocked nose. I reasoned it might be those nasty preservatives in the wine so I took up organic varieties for a while. Surprise, surprise, this didn’t seem to help.

Women in their 40s and 50s are among the biggest binge drinkers around and are fast catching up to men in terms of problem drinking. Teenagers are taking the rap for the mild-mannered mums who are putting away eight or more glasses per week. The National Drug Strategy Household Survey was released on 1 June this year and showed that for the first time ever, women in their fifties do more high-risk drinking than 18-24 year-olds.

What’s that all about? Are we managing our stressful lives with alcohol? Is it the modern day version of a Bex and a lie-down? What I know is that I needed to interrupt the very comfy pattern I was in.

I’ve never been too good at moderation. I’m the type that will open a bag of lollies or chips and eat the whole lot. The call of an open packet of anything in the cupboard has always been too tempting for me. But for all my shocking lack of moderation, I’m really good at going cold turkey. There’s something I enjoy about the denial, something about the challenge of giving things up that spurs me on.

So here I am over five months later with nary a drop of alcohol past my lips. When I started in January I didn’t really have an end date. Having come this far I’m thinking I will definitely go six months and then see what I think. My biggest fear is that I’ll have one drink and slip straight back into old habits. Just having the fear tells me I might need to go on a bit longer.

There’s been a positive impact on my partner, too, as we no longer egg each other on and enable each other’s drinking. I’ve done Dry July on my own in the past and have found it hard when my partner didn’t do it. Doing it together has helped both of us break bad habits and he’s so proud of how strong I have been.

I hadn’t noticed before how much time I spent thinking and reading about alcohol until my inbox started overflowing with unopened emails from various merchants and wineries. I subscribed to wine clubs and had a steady supply arriving straight to my door without me even having to think about it. My last call from my Vinomofo guy ended with a polite decline and an interesting chat about that time he gave up alcohol for 364 days. He’s calling me back later in the year to see how I’m going.

You don’t realise how much our social occasions involve alcohol until you’re not drinking. I’ve been through family birthdays (including mine), knock off drinks, work events, parties, long haul flights, overseas holidays, free alcohol in the Qantas club (yes, I even withstood free alcohol!). I’ve sat there with my sparkling water or my cup of tea and felt okay about it. I do have an honest suspicion, though, that I’m a lot more interesting when I’ve had a few.

It might not be surprising to know that when everyone is drinking and you’re stone cold sober, it is quickly revealed how uninteresting drunk people are. I’ve been making lots of observations of my unsuspecting drinking subjects in the wild. I reckon three drinks is the turning point. The point where the drinker’s face starts to contort a bit, the words slur a bit, the speech volume goes up a bit and the assertiveness goes up a notch towards aggression. It’s an ugly transformation to witness. Yet somehow in this scenario, everyone tells me I’m the boring one. If only they could see themselves. If only we could see ourselves we would know we are just the same.

I know that the cold turkey approach is not for everyone. If you want some help to reset your relationship with alcohol, head over to hellosundaymorning.org to access to their online supports and community.

Article by Hello Sunday Morning supporter Kathryn Jordan. Kathryn blogs at How to be Fifty