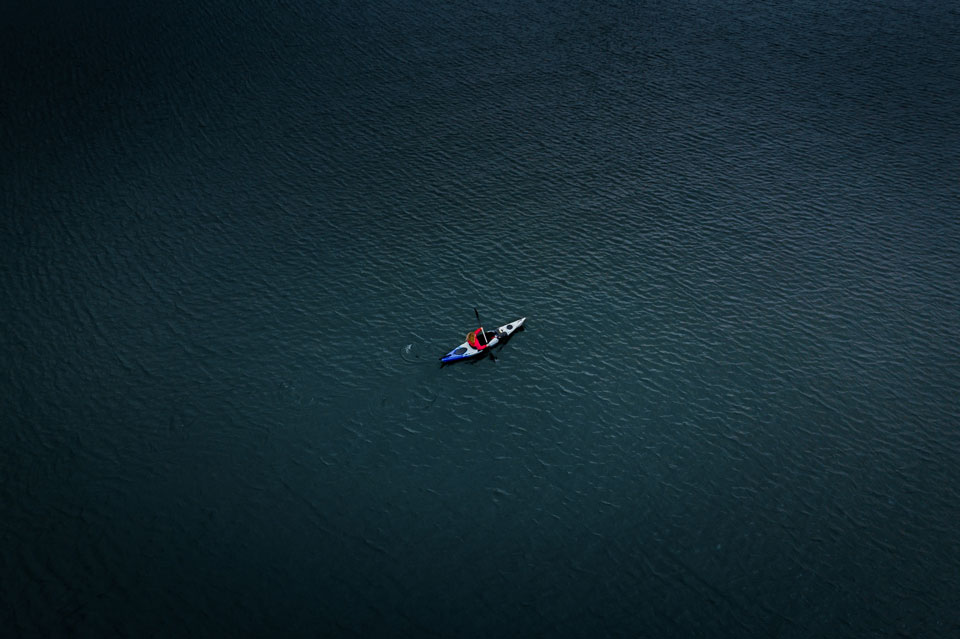 Personal reflections on freedom and alcohol 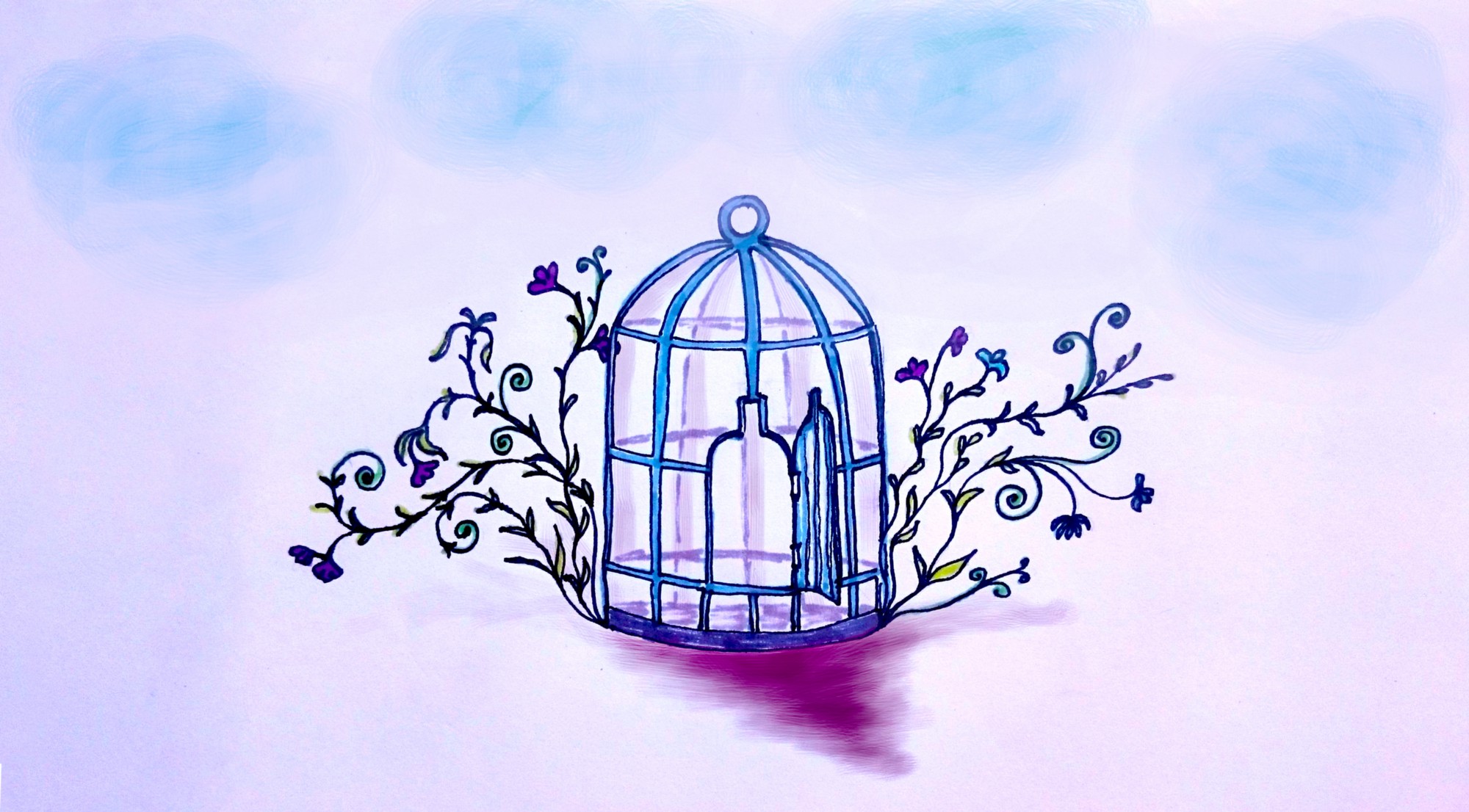 How context frames the things we rely on

It’s been three months now of my first ever prolonged alcohol-free experience, so I’ve decided to write down some thoughts about it. The following reflections are not from someone with a dependence, nor from a party animal or binge drinker. It is not a personal alcohol problem that has triggered this alcohol-free experience, but a simple medical treatment. You might think, “well, what’s the big deal then?” — but these three months without a drop of alcohol have made me question how we draw the line on what we call dependence.

Why is it a big deal?

Being a teenager — an average one, I believe — I was avid to break free from adult rules that decided what I could and couldn’t do. Being a not-yet-adult was so confining! Not being able to work and earn your own money, needing permission to go out with friends, not being allowed to drink or smoke (although, of course, most of us did these long before the legal age). Even though I had relatively liberal parents compared to my friends back then, those limitations were everywhere, and it bothered me that I couldn’t decide when I felt responsible enough to do or try certain things. I think a lot about freedom since those teenage times. I praise it, chase it, and even avoid some commitments. The ability to do what I please at any time and make my own decisions is precious to me.

Teenage-hood is arguably the most socially busy time of our lives, and that’s the time when we are finally allowed to drink. It is not a coincidence that social life goes so hand in hand with alcohol and tobacco, the two hugely advertised drugs that mark our breaking free from our repressed childhoods. No more allowing adults to make decisions for us on how to have fun! Besides, it’s from adults that we’d learned to associate alcohol with friends and fun.

The irony is that, although we become free to choose alcohol or cigarettes when we reach the age of independence (which most of us do, as with anything that has been denied to us previously), choosing drugs as social enablers actually leads many of us to the complete opposite of freedom.

“Anyone can see that a child is not free when he desires milk, nor the drunken man when he says things which he later regrets.” — Rudolf Steiner

I love Steiner’s quote as it illustrates very well how, when we are under the effects of alcohol, even at a moderately tipsy level, we lose control of our will. Free will is the capacity to act and decide independently, without influences. As you might guess, being so paranoid about my freedom, I have always been a bit uncomfortable about losing my free will. I believe that’s one of the reasons why I’ve never drunk too much alcohol. Being tipsy is already distressing for me, besides associating it with sickness, which I believe is one of the most terrible natural opponents of freedom.

Still, I’ve never had anything against alcohol itself. I do enjoy a fresh bitter ale at a sunny terrace, and lately, since living in Australia, I love a glass of Shiraz with a tasty local dinner. And I carry the pride of tequila in my veins as a good Mexican, so for over 11 years living abroad, I’ve been pouring my sweet roots to friends from different places around the world, teaching them how a good tequila shouldn’t be drunk as a shot, but rather slowly, tasting it!

For over nine months now, I’ve been listening, reading and following stories, news, and theories about drinking. Funnily enough, my four months of alcohol-free experience comes at a time when empathising with people who want to drink less is part of my daily life. I’ll give you a bit of background on this.

Less than a year ago, my boyfriend and I moved to Australia: the second-ranked of OECD countries on (pure) alcohol consumption per capita, as ranked by the World Health Organization in 2015. Quite a shocking fact when you’ve lived in Finland, thinking that no other country could beat them!

We lived for over a year in Vietnam in between Finland and Australia, where we were fascinated by always having a fridge full of beer at the office (it was an Australian company). The interesting part was not that we had those beers at work, but that it remained full! There was no need to refill with beer very often. Fridays came, when we had a small get-together at the office, and we foreigners were almost always the only ones with beers in our hands. This isn’t to say that Vietnamese wouldn’t ever drink, but local guys would rather play games, ride their scooters back home safely (or relatively safely), and avoid having their wives angry at them. The women, meanwhile, would take care of their figure by avoiding the calories from alcoholic drinks.

When we moved to Sydney, I was already looking forward to becoming a freelancer working on ethical projects. I didn’t want to work any longer for large enterprises where design was a mere tool to increase profit. I had long awaited the opportunity to use my skills for a cause to make this world a better place. Freedom and inspiration were going to be my drivers from now on. After about a month in beautiful Sydney I was dealing with my lack of leadership and contacts to turn my saving-the-world ideas into a living; then, serendipity hit me, and I joined the inspiring team of Hello Sunday Morning, a small charity with a mission to help people change their relationships with alcohol.

The thing that drove me to Hello Sunday Morning was the organisation’s mindset around alcohol and drug consumption. It conveyed a very positive view where openness, motivation, and support were the tools to help people free themselves from habit. The aim was to use state of the art psychology and technology to help people change their habits to healthier ones.

I’ve been learning a lot since becoming part of the team. Listening to my colleagues’ knowledge, plus interviewing very diverse people from our focus groups and reading about addiction, habits, and behaviour change has been renovating my view of alcohol in society.

I didn’t ever suspect that helping people rise above dependence would be my way to make this world a better place. I didn’t ever consider alcohol as something to worry or care much about. I would often avoid drunk people, even family or friends, and sometimes blamed them for not “controlling” themselves. I would ignorantly assume that people with addictions didn’t want nor appreciated help or concern. We tend to generalise, and I had been doing so for many years. When I was still of a young age, wondering about the reasoning behind those strange things adults did, I would see my dad now and then behave in an odd and embarrassing way after a meet up with his friends, and I would only feel pity, shame — and, a few times, even disgust. I had learned to relate alcohol to grumpy, annoying and careless behaviour. In a way, as Ellen J. Langer explains it in her book Mindfulness, I had a limited view of alcohol dependence during my youth and didn’t consider all the different reasons behind alcohol consumption, nor the possibilities to improve things. The truth is, all of us can do a lot to help people free themselves from dependence and habits, and even prevent it to a certain point. We can all do this with a bit of behaviour change.

From my early views about alcohol, you may assume I would reject it and avoid drinking myself, but that was not so. I was always free to choose what I would see as the non-stupid, non-annoying way, of course. But going out with friends to have fun is rarely an alcohol-free situation, and wherever there’s alcohol, especially when you’re young, there’s a good amount of social pressure to drink to a point where you start to lose that sense of free will.

I have indeed chosen stupidity many times. Once or twice as a teenager I drove a bit tipsy, noticing I had drunk more than I meant when my calculations for driving through a narrow space were not good enough (and later lying to a trustful parent who lent me the car). Luckily for me, a small car scratch was as far as it went. I have never drunk to the point that I lost memory of it, nor have I experienced those terrible hangovers one will often hear about from friends. But we don’t usually realise when freedom disappears. Freedom to enjoy a social life with or without alcohol, to decide whether drinking or not when under pressure, to choose when to have the last drink.

We usually understand alcohol dependence as the point when a person cannot stop drinking on a daily or almost daily basis. But on a normal outing with friends, a simple dinner with your partner, or a Christmas festivity, are we really free from depending on alcohol to feel like we fit in or have fun?

Because I currently don’t have the freedom to choose to have a drink, I realise how easy it is to enjoy life without falling to the pressure of having one. Perhaps I will appreciate that freedom of choice even more after I am allowed to drink again, and may understand better the reason behind choosing to have a beer or a glass of wine instead of water and lime. I will probably savour whatever I pick with more delight and decide based on taste and what makes me feel good.