I thought I would post a wee ‘update’ article about where my head is at and how things are going with the HSM research project.

As most of you know,  I have spent the past two months going around to quite a few drinking haunts, sitting in the corner like the little geeky boy I am, documenting all the insane things that I saw. Giving a real-time description of all those painful memories which most people seem to be able to forge and forget by about round 10 or 11.

… a personal favorite of a few people.

… I like to think of this guy as a sliding doors image of me if I was drinking.

The experience has been very much a ‘journey’ in every sense of the word. I have been challenged greatly from both a social point of view and especially from an emotional stand-point. It’s been fascinating. Unfortunately guys, I’ve had enough. I’m having a beer as we speak.

Seriously though, quite a lot of people ask me how I am going with the expectation that I’m going to say ‘I feel fantastic’ and I think most people believe that if they could feel like they didn’t have to drink, a lot of their problems wouldn’t exist. The unfortunate truth is that alcohol is one of a multitude of options that we use to mask our true self. Gambling, nicotine, chocolate and dare I say it… coffee.

In my world (a world that has previously permeated on so many levels by drinking) sobriety, isn’t too easy.  I guess one way of looking at it is that; this is the longest I have had to consciously hang out with myself, since I was about 14. Life has become so much more complicated and so much more consistent. Maybe even a little bit more serious. But its all good.

So thats the ‘con’s’ side taken care of – now for the pro’s. I can actually remember shit! I’m constantly surprising myself with remembering phone numbers now or things people said an hour ago – especially names! I feel so much smarter as well, which gives me a certain confidence in itself, especially in conversation.

Physically – I have lost about 5kg’s, my skin is much clearer and I’m in the second best shape of my life. A lot less roundness anyway. I’m eating more of what I want, when I want (like chocolate, chips etc), than before. However, because I’m not eating so much crap on the weekend and able to go to the Gym – it doesn’t seem to matter at all. This is a photo I took of myself when I started compared to a photo from last weekend.

When I started this project, only two months ago, I originally thought ‘who the f would want to read about binge drinking?’ Especially putting the spot light on the drinking behaviours that nearly all of us (especially myself) have been doing since we were 15. But contrary to my initial thoughts, people have been sending in so much support and info!! Feeling very loved.

Its inspiring to hear from so many people that believe in a better way. People that continually question who they are and what they do to make themselves even better people. I honestly thought that there was a good chance I wont have many friends left or even have difficulty in finding people that want to talk about the issue. Luckily, my friends still are taking my cash to hang out with them every second weekend. And people are all too happy to throw a few ideas around.

Regarding the research side of things, which is what this whole thing is for, not just some ADD thing I am doing to get attention… OK maybe a little from column B. The research team (Myself, Chris Ruddock and Lucie Mcgill) has been going great-guns and really covering some ground. We have researched our eyes out and have just developed a model to define problematic binge drinking personalities so we can then test advertising communication with different people. “Binge drinking” was previously defined by some bullshit definition like – 5 standard drinks and you are a binge drinker. So, looking forward to testing it up and dropping that model like it’s hot!

We are also coming up with these really cool experiments to test anti-binge drinking communication that involves us getting volunteers to drink while we show them different communication at different stages and see which ones work for them (respective personality types). 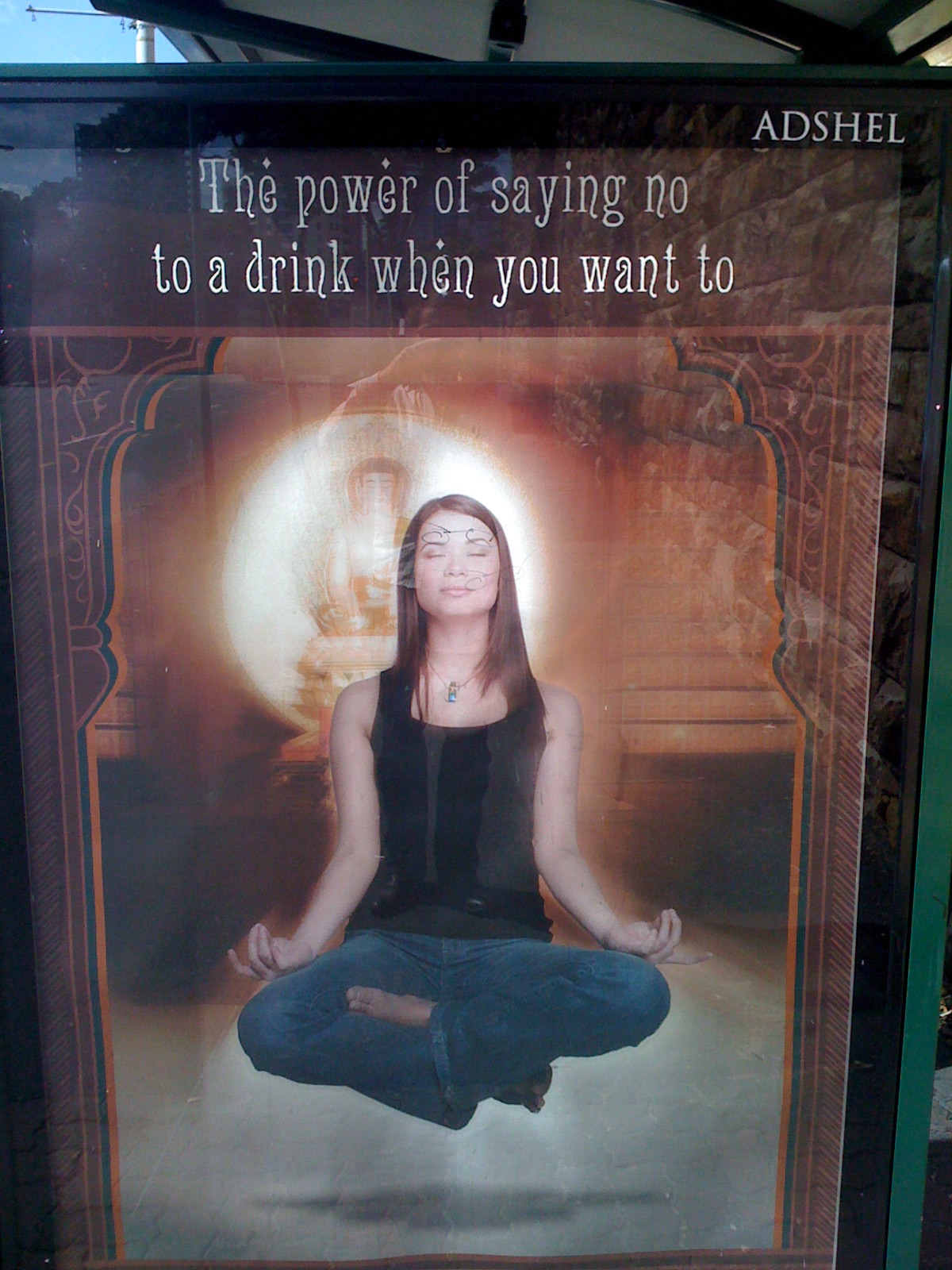 Think about the last time you had 10 drinks and you were walking up the street, would something like this make you want to stop drinking?!?

Anyway, if you’re keen to get involved, we are looking for volunteers who are happy to have a few drinks in the name of research!? Get in touch. If you have some friends that are keen as well, shoot them a message on facebook.