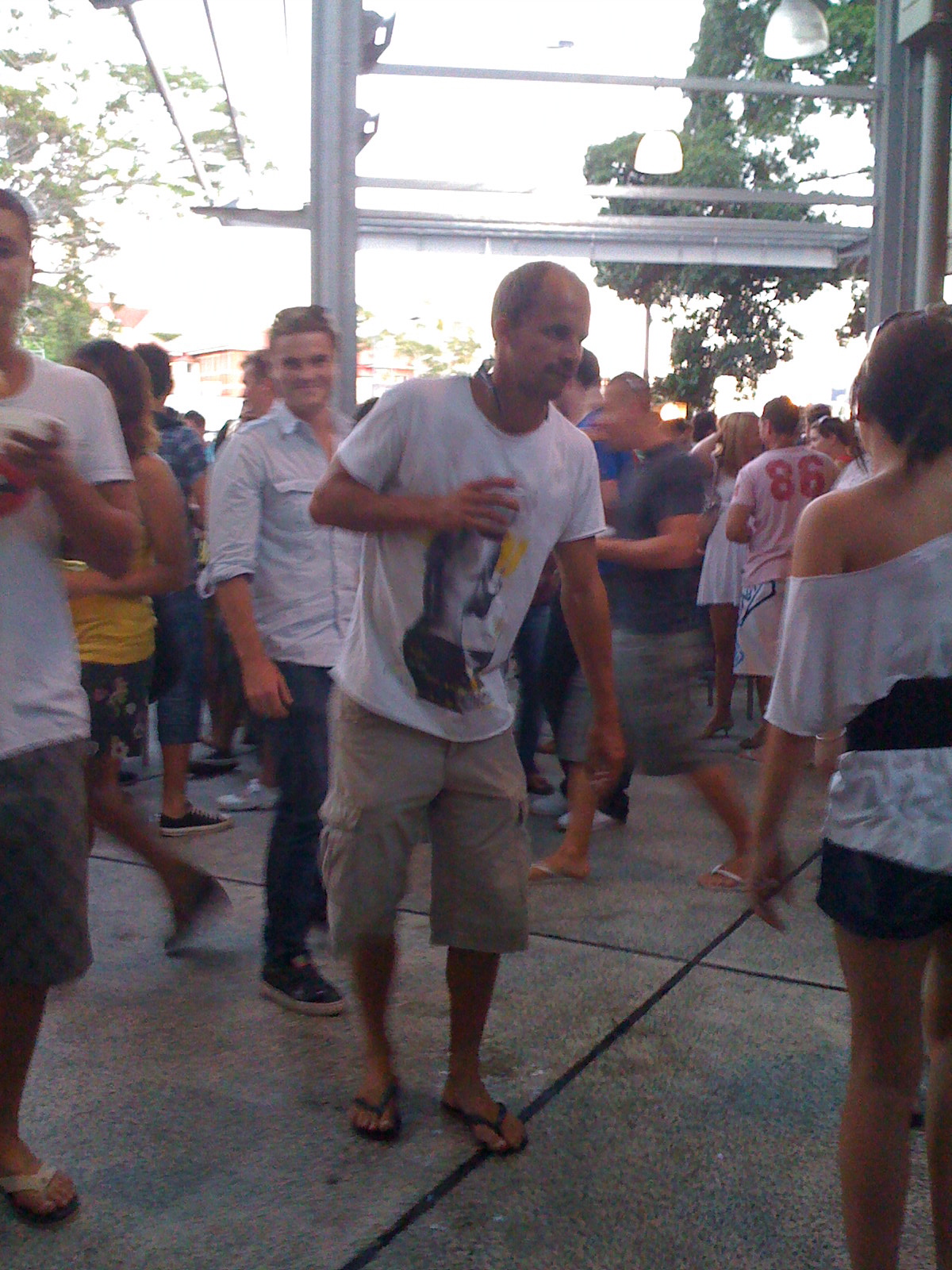 Any regular weekend drinker has a tight affinity with the infamous ‘Sunday Session’. It is a hallowed congregation of sunglass-wearing, hungover, 20-somethings, all prioritising  the last dregs of the weekend over whatever they have to do on Monday.

1. Just watching the group dynamics in the bar at the Normanby, it became obvious that people tended to group usually in threes or more

(up to around 6). When a group would arrive, there appeared to be a leader of the group who would peacock his way to the bar and usually set the pace of the group for the night. Especially what the group drank. It was fascinating how consistent this theory was. He/She would be the first at the bar, order the first round and the group would be their 5 seconds later, just coppin’ whatever they were told to do.

2. Interestingly, the majority of people were drinking the same as the person next to them. Talk about mob mentality! Are our taste preferences so generic? We guessed this could possibly be rapport-building behaviour. People trying to connect on the same experience and image.

3. If there was a group of three people, the third person (whom was left out of the conversation) would be looking abound at other people, significantly drinking more than the other two (to ease the solitude and the fact that they were much less interesting). People feel comfortable in the safety of a conversation but out on their own, in the environment, they need to drink to feel comfortable.

4. The brand of drink the person had might represent the lifestyle of the drinker. Thanks to advertising!

At the Normanby Hotel, it was predominantly Coronas and champagne. This represented a certain socio-economic status or message that the drinker wanted to convey. Drinking from ‘a place you would rather be’.

5. We had the pleasure of watching a very drunk man dance to ‘time of my life’ while spilling Rum and coke all over his white shirt on the d-floor (pictured above). I felt bad, because I know I have done exactly what he was doing, so many times. He was (very obviously) trying to get the attention of these two girls who were both sober and doing everything in their power to ignore him. It took him a good 20min to get a hint. How un-perceptive we are to women’s body language when we are drunk!

We then went to Bar Soma to check out this event going on there. The change in the vibe of the environment and people was incredible.

The population of the groups went from 2, 3 at the Normanby to one big group at Bar Soma (all dancing). We both felt so much more comfortable in this environment.

6. There was so much less alcohol around and people seemed to have their drinks either sitting tables or not drinking at all. Conversely, at the Normanby, everyone had a drink in their hand and they were all holding it like they were protecting themselves from the environment itself. As a knight would hold his shield maybe.

All in all, we had a pretty fun afternoon. In just a few hours of observing people we had so many insights into people’s drinking behaviors. It truly is fascinating stuff and this project has become much more fun than I expected!!