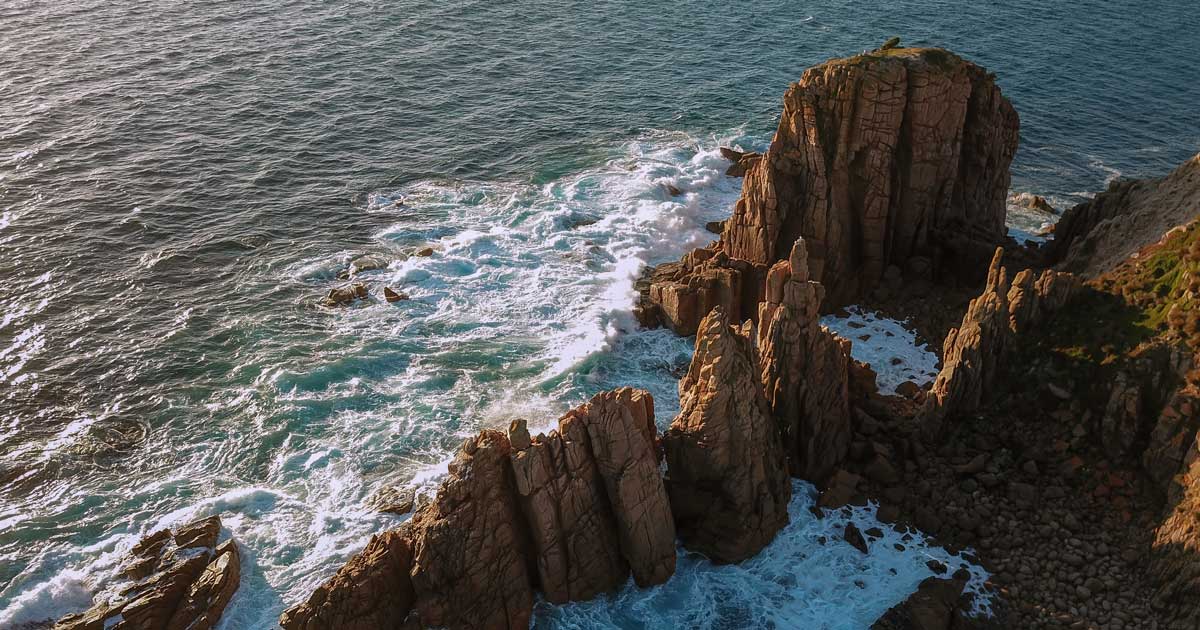 Making peace with my ‘wine witch’

I struggled with cravings for a very long time. The ‘Wine Witch’ loomed large in my life – that little voice in my ear every time life became too stressful, my plate overflowed, and family worries began to bubble over.

She was hard to ignore – and harder to fight, because I had embraced her ‘solution’ for such a long time.

Once my friend and ally, the ‘Wine Witch’ eventually became my daily adversary. That poor old witch (like so many of her species before) was held responsible for the things about myself I didn’t understand and didn’t much like.

But now I realise, she’s not my enemy. She was always just the messenger.

That deeply misunderstood little lady was just the part of me that had been denied a voice. The insecurity and anxiety, the people-pleasing and the overwhelmed. All those uncomfortable bits I’d pushed down and tuned out, as I tried – so frantically to be a whole, rounded person kicking all the goals.

My Wine Witch didn’t pop up just to tempt me with  a chilled Sauv in my direction – she was just a woman, like any other, tangled up in complex thoughts and feelings and desperate to be heard. ‘Help me’, ‘numb me’, ‘save me.’ But I drowned her out. Glass after glass, bottle after bottle.

By labelling those parts of myself as a ‘Wine Witch’, I had conjured up a dark and malignant persona with very real thoughts and feelings. Shoved down, without a hearing, I denied them time and time again.

But denying (or dunking!) the witch isn’t a solution – it’s a stop-gap. Because negative feelings don’t just go away when the booze wears off.

Which means I actually had to stop, listen and learn. It was uncomfortable and it opened up a whole new can of worms – all the real sh*t I actually needed to deal with. But it was, oh so worth it. Take it from the woman who had to learn to sit with some really gnarly discomfort; the fizzing nervous system, rampant anxiety, petrified people pleasing, wobbly boundaries and exhaustion – all of it.

But once I learnt to regulate myself, there was no need for the wine.

Being kind – to my ‘witch’ and myself

The other issue I have with the Wine Witch concept, is the sense that she must be slayed. Since when did anyone’s challenges with alcohol stem from not having enough sh*t in their lives? I (and I believe I’m not the only one) didn’t lean on booze because life was too good, I leaned on it because life wasn’t good (on whatever scale), or because things didn’t feel good.

Instead of leaning in with compassion, I could have brought in the torches and pitchforks. I could have beaten myself up for all the choices that brought me here and told myself that the witch – that bright red flag above my real feelings and worries – must be slayed. I could have set out to fight my pain; a lifelong battle between willpower and those inconvenient truths that demand to be heard.

But I chose a more nurturing way forward. I tried my hardest to wrap my arms around those tricky, and maybe even scary, bits of myself, so I could create a new, full and honest way of being.

If I approached this process as a battle, I would be telling my nervous system to get ready for a dirty great fight. There would be a winner, and there would be a loser – and the only way to be the first one was to keep fighting every single day. Exhausting!

By viewing my personal process as an exploration and a journey of understanding and self-care, I took the emphasis off ‘white-knuckling’ and instead set my sights on all the good stuff that’s ahead. I had trained my mind and my body to rely on alcohol, so now it was time to un-train them. Those new habits took time, but because they were backed by a genuine belief that what was in front of me was better than what was behind, they began to stick.

Alcohol-free living was no longer
a daily victory,
a punishment, or a loss.
It is freedom.

I stopped punishing myself (and my poor old ‘witch’) because, when I started seeing her as a red flag, rather than a ‘devil’ on my shoulder, I discovered real potential to heal.

And when that happened, alcohol-free living was no longer a daily victory, a punishment, or a loss.

It was, and is, freedom. 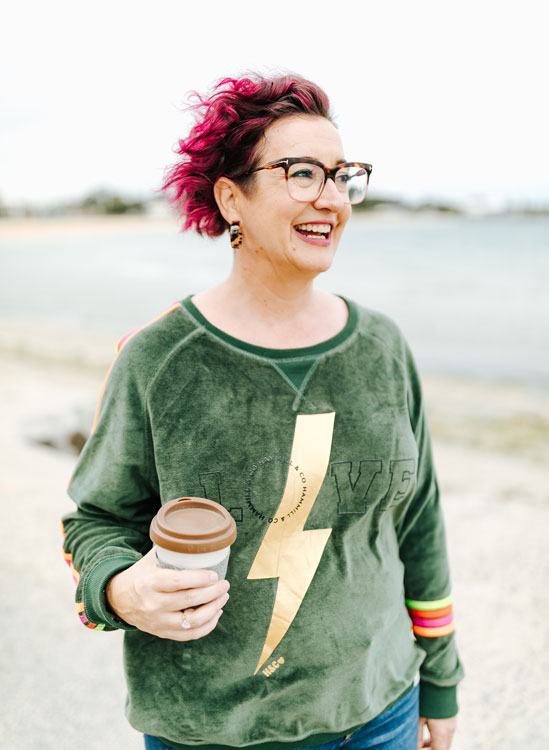 As a mum of two, navigating the choppy waters of pre-teenagedom, Emma Gilmour ditched the booze in favour of a journey of discovery. That journey led her to retrain in counselling and psychotherapy – with a bit of recreational running, yoga and meditation thrown into the mix. Originally from the UK, and now living in Melbourne, Emma remains a proud ally of, and advocate for, women in mid-life. You can follow her journey on Instagram!