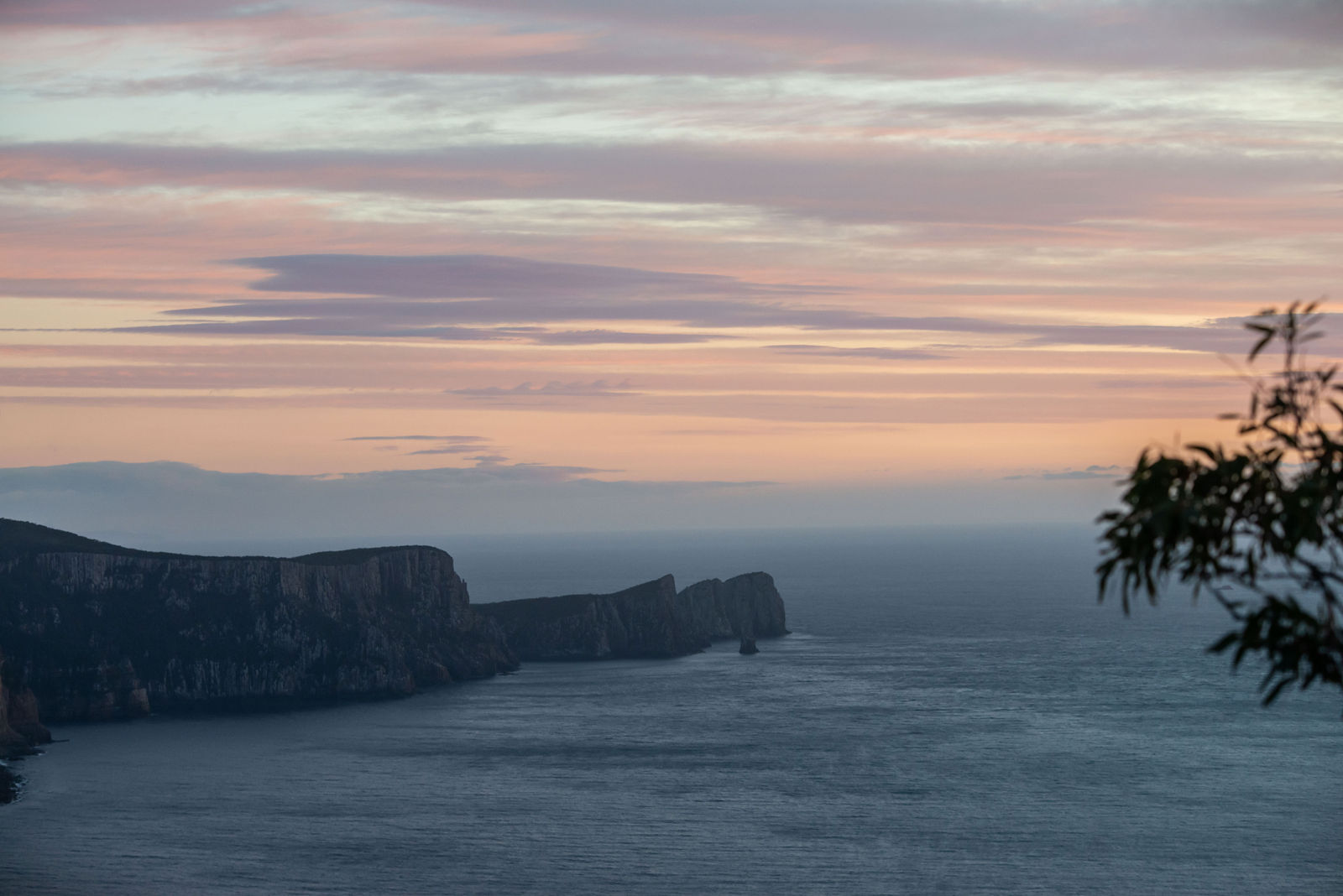 26 Trips to Rehab, Yet Wellness was in the Wild

I grew up in a little Australian town by the seaside. Idyllic really. In my Catholic primary school years, there was a knowing that I naively thought was universal. I liked girls. And I was rather partial to my PE teacher. It was exciting and joyful and natural to me. Back then, it was still illegal to be gay in Tasmania. Acceptance was not in fashion. So, I buried that part of me deep down until the age of 26.

At 15, I was handed a sugary Sub Zero bottle or three at a friend’s party. For the first time, I felt free. If I was going to have to kiss boys, this was the antidote to get me through. Problem is, I began turning to alcohol for every negative emotion to come. If life got too hard, my bestie was there waiting to fill my cup with the self-worthiness I lacked.

I took off on a full tennis scholarship to America at 18. I loved my time there and the beautiful Americans I came to know, who invited me for the likes of thanksgiving in Texas when the turkey was too big for the oven. My real drinking career began on return home, when I no longer had my tennis player identity. My life became suitably well soaked in alcohol.

My first trip to rehab was in 2008. It felt foreign and hideous. How could I have landed here? I must hold some record … I would follow this up with 26 rehab admissions. I’m not proud of this. In fact, only those close knew of the rehab revolving door. I share only because, if I can find true freedom from alcohol, anyone can. After all, I’ve jumped the fence and escaped rehab, I’ve been rushed to a New York hospital by ambulance (not recommended, coming with a $AU14,000 bill), and reached a blood alcohol level of .6, unable to breathe on my own. I woke up on a ventilator to hear the doctor say “you shouldn’t be here.” He had a point – Amy Winehouse didn’t make it at .4. It left me wondering that perhaps I should be here. That I have something to give. As someone who loves life and has never considered bidding it farewell, my drinking drew me awfully close.

I believe every path to wellness has its place – from AA to rehab – they just weren’t for me. It’s about finding the right fit. I tried AA meetings in dark rooms out the back of churches, huddled away from society like broken souls. A good friend had success in these circles, she even found her husband in the fold. Yet, I’d sit beside the electric radiator, sipping instant coffee wondering why I wasn’t in a yoga class. On occasion after AA, I would go straight to the bottle shop.

Though I accepted I had full blown alcohol dependence, I saw no point announcing to the group, “I’m Alice and I’m an alcoholic.” It wasn’t about denial; it was about a lifelong label. It didn’t sit well, nor hint at a hopeful future. It wouldn’t be until I came across This Naked Mind in America, founded by Annie Grace who has helped millions, that I realised others felt the same way about labels. In rehabs, I could no longer handle sitting in sterile rooms, doing group therapy beside the likes of a mother with cuts up her arm who no longer wanted her children. As I stared down into my ‘mindful knitting’ I wanted to cry for her. Following attempts with AA and $800-900/day rehab, I made a controversial decision. I said no more.

Thankfully, I’d managed to maintain a writing career, working as a destination journalist for Tourism Tasmania and later freelancing for glossy magazines, launching Tailored Tasmania and authoring more than 10 books. I even built a little house that featured on Grand Designs Australia – described by the TV host as my love letter to Tasmania. Behind that shiny exterior, those close to me knew I was hurting, stumbling and doing my best to survive.

I made the bold (and rather awkward decision) to return to my childhood home where it all began. I knew I had a tool kit that had everything I needed in it. I just needed time to sharpen my skills and trust myself. There was one dear friend in the kit that, aside from family, has had the most profound impact on my recovery and that’s Chris Raine, founder of Hello Sunday Morning.

When I hopped on the HSM site in 2010 and saw positive words spill across my laptop, punctuated by imagery of surfers and ‘the good life’ on the other side of alcohol, I’m certain happy tears streamed. After all those dark rooms and wayward dim paths, I saw a glimmer of what life could be. I was so profoundly moved, I hastily tapped a thank you email to Chris for founding a platform fuelled by hope. I shut the laptop. As if I’d hear back.

Turns out Chris is a lovely man. He not only wrote back, but years later was down in Hobart Town for a Vodafone Conference and invited me along to talk … I repaid him with a trip to CrossFit in the freezing rain where he powered through the session as I was given my trusty broom stick for squats. Chris might never truly know the impact of his blog-turned-internationally-significant-platform, but for a Tasmanian who had knitted her way through 26 rehab stints, it was the first time I connected with a vision and community. I knew it was my way forward. I also believe it’s played an integral role in changing Australia’s drinking culture.

It was my stepping stone for greater discovery. On the HSM website I came across This Naked Mind, the author Annie Grace, another pivotal character in my return to Alice. The moment I turned on her Audible voice, I kept repeating “that’s me.” She’s taken me on a journey of shifting unconscious beliefs – it’s delivered genuine and lasting freedom.

Back in my childhood home in 2019, I changed everything about my life. I leapt into the HSM community, signed up for Annie Grace’s intensive course, and took a giant dive into the ocean. As the person who rarely jumped in (aside from one Christmas Day when I was thrown in fully clothed by my brother for ruining another family Christmas), I was hooked on cold water therapy. I’d continue 150+ days through Tassie’s chilled, churning waves … washing away a past life and re-writing a new one.

I won’t say I’m better. But I will say a combo of HSM, Annie Grace, Wim Hof Method cold water/breathwork, gratitude, wilderness, good food/sleep/exercise, good company and two-plus litres of water daily has become my recipe for wellness – a blueprint that ended a rehab legacy stretching from 2008 to 2019. I’ve not needed rehab since.

I realised recovery didn’t have to be a slog. The discomfort of having your bags searched by a nurse was replaced by the freedom of sunrise ocean plunges. After 20+ years of trying to find an answer, I felt it my duty to share a path that broke me free from alcohol’s shackles. Because no one likes to take years to find an answer. I don’t promise it’s a fix-all. But I do know it’s my proven recipe and it can be tailored just right for anyone who is ready.

The more I timidly began to share the concept with others, the more empowered I became. I mined the world for experts who spoke to me, and injected their insights into daily life to see what resonated. An addiction doctor in Sydney said he’d hop aboard right away, tourism leaders smiled with anticipation that Tasmania could become the epicentre of wellness and friends admitted their own struggles. Though I shook at the thought of sharing my own story, I decided it might just turn the two-decade sh**show into a positive.

I don’t know about others, but when you finally put your hand up for help and Australia’s burdened health system pops you on a waiting list, it’s disheartening. Though that system has taken me far, it turns out many of the answers were within. It just took the right road map. When this is in place, change can happen in a moment. I want to share my golden finds so none of us feel alone … after all, a wise Johann Hari shared in his Ted Talk that “the opposite of addiction is connection.”

Washing Dad’s car one day, I decided to call it the Wild Wellness Method, with plans to share my learnings across Tassie retreats and multi-day walks in 2022.