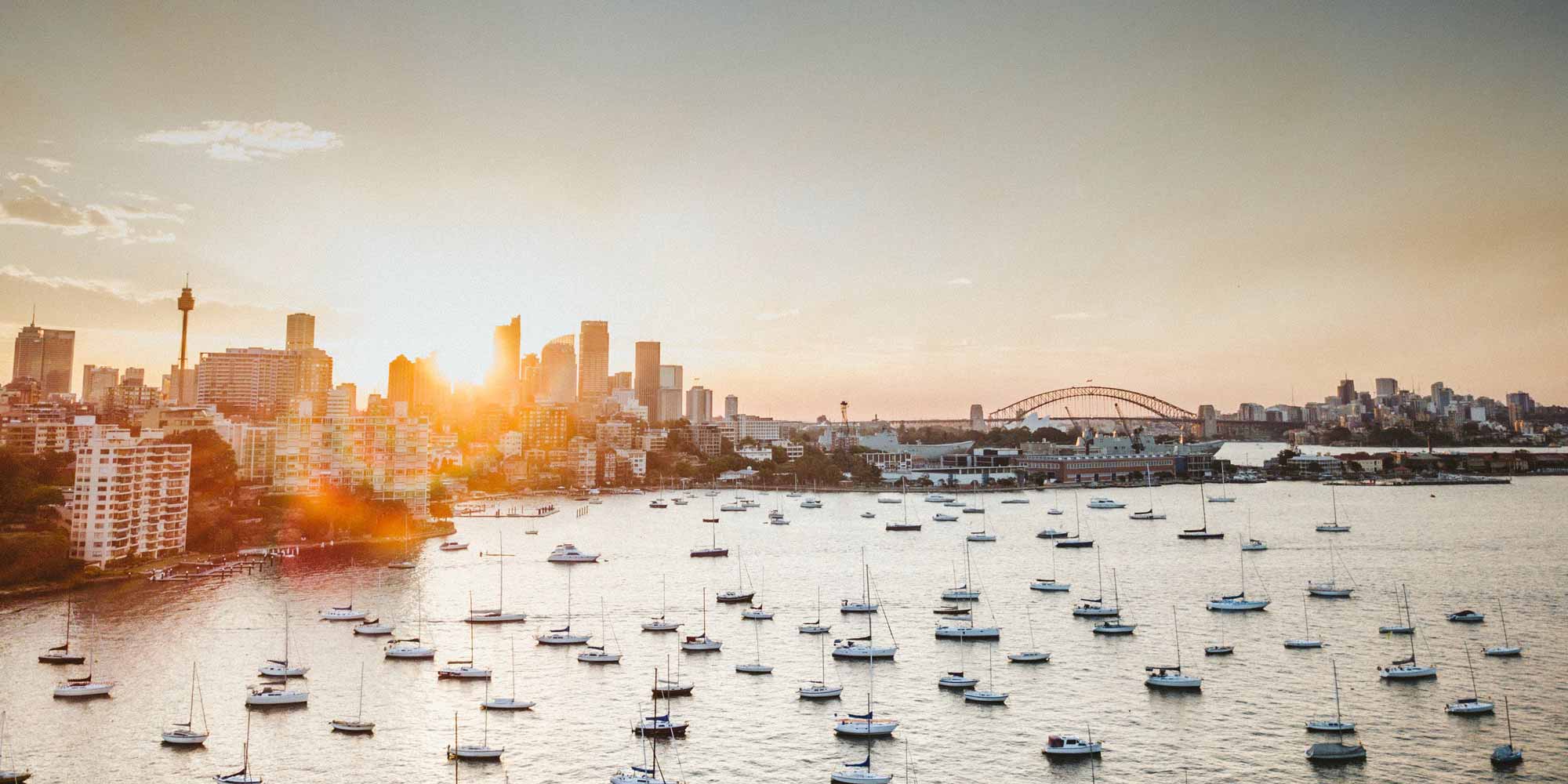 Last year my birthday coincided with another anniversary — 1000 days without alcohol and drugs. 1000 days since I passed out at 7 am on Easter Monday, 2018. My 4-day bender culminated in a pitiful and desperate crescendo where I glugged the only booze remaining in the hope it would knock me out. It was an old, half-empty, bottle of cooking wine.

I peeled my face off the couch around midday 1000 days ago. This scene was not an exception. This behaviour had come to rule my life. Everything else was just killing time until I could be reunited with alcohol and drugs. When I was recovering from these benders, I mostly spent my time swearing it off and dragging my anxious and sweaty self through life, barely surviving. How I felt physically was no different from the multitude of Sundays, Mondays and Tuesdays that had come before it. But mentally and spiritually, I knew I was broken. Something had to change.

I was always “all about the party”. I have fond memories of being 14 years old, swaggering around Notting Hill Carnival, drinking warm Red Stripe and cheap white wine. From the first time I drank to the last time I drank, I loved the effect booze had on me. The same could be said for cocaine, MDMA, and most other stimulants.

By the time I arrived at university at 18, I knew how to party. It didn’t take me long to assemble a group of kindred spirits. We mutually reaffirmed our own beliefs that this level of drinking and drugging was just the norm, it was just what students did. I always swore that everyone else was the bad influence, but on reflection, I got that the wrong way around.

I picked up a phrase in 12-step recovery that resonates with me and my drinking and drugging in these years; “once a cucumber becomes a pickle, it will never be a cucumber again”. In other words, once I crossed that threshold into using alcohol and drugs addictively, moderation was forever in the realm of the impossible. I could never drink “normally” again. This has absolutely been the case for me.

At 24, I felt like I had already created a lot of wreckage in my own life. Above all else, I found the values I believed in did not match my behaviours. Reliability, trustworthiness, and temperance were not in my wheelhouse. I tried to moderate my drinking. I failed. I tried to stop drinking. I failed. Enough of these failures over time can lead to abject misery.

In 2017 I moved to Australia in the hope that if the sun shone bright enough on my inner dark cloud, the problem might just evaporate away. The Northern Beaches of Sydney seemed paradise enough to fulfil this, and I quickly settled in.

I set myself up with a steady job in recruitment, along with every other British backpacker with a bit of hustle and a desire for the Aussie lifestyle, many of whom became close friends and drinking buddies. I was also lucky enough to be introduced to my now wife, Louise. I lived a few hundred metres from the beach. When I wasn’t too drunk, or too hungover, I spent my time surfing.

Things quickly reverted to how they had always been. Uncontrollable benders, angry bosses, and a concerned girlfriend. In August 2017, Louise spent four weeks travelling around South America, a solo trip she had booked before we met. On her return, after 30 hours of flying, I had promised I would meet her at the airport. I think you know how this one ends.

I came to, face down on the sofa again, to Louise banging furiously on the door. I had passed out, missed the pick-up, and a barrage of voicemails asking me where I was. She was understandably angry. I was in a world of pain and confused how a whole 24 hours had passed since I last had any memory.

That bender was so bad, I felt like I might never recover. On Monday morning I completed the gargantuan task of getting myself to the office. However, by mid-afternoon, I felt so terrible that I had to take myself to a walk-in clinic in the CBD. They took my vitals and called an ambulance. I was told I was on the verge of a heart attack. They kept me for almost 5 days, running all sorts of tests. The doc said I just needed to “reduce” or “moderate” my drinking and gave me some blood pressure meds. Problem solved!

If only it was that simple. It wasn’t long before the willpower ran out, the lies to myself and others began to build up, and my drinking and drugging took off again. By November 2017, it was becoming increasingly difficult to hold down my job. I had run out of sick days and had started using my annual leave to recover from my benders. I was totally unreliable.

I knew things had to change. I had exhausted any goodwill at work, and I knew things with Louise would never last if I didn’t do something about my drinking.

My dad, who had been sober himself for a few years, lightly suggested that I might get something out of an Alcoholics Anonymous meeting. I said I’d find one and go along, but asked him if he thought it would be an issue if I smoked a joint beforehand, given that alcohol was the problem?

I still had a lot to learn. However, when I walked into that meeting I heard, for the first time, other people share about their powerlessness over their drinking and how they felt. My internal monologue was being spoken aloud by individuals I had never met before. People from all walks of life, who had the same inability to stop or stay stopped when it came to booze but were now inexplicably sober.

Some people go to AA and never pick up another drink again. This wasn’t my experience. For the following 6 months, I had varying stints of sobriety, from 5 days to 5 weeks.

Having one foot in recovery and one foot in addiction is a horrible place to be. You can no longer look at alcohol in the same way, but you are yet to build an arsenal of tools for coping with life without it. Just like all the other years in my life that had come before this, I was surrounded by alcoholics, my kindred spirits. Only this time, these alcoholics were sober, one day at a time, some of them for more years than I had been alive. I was grateful I had found them.

A lot can happen in 1000 days. Louise and I got engaged, and then married. We now have our first baby on the way. We have moved apartments and moved jobs, more than once. I am two years into a Law degree. We have weathered a global pandemic, alcohol free.

These external circumstances are all useful markers of progress. Indicators of a life well-lived. We have truly been wringing the joys and opportunities out of what is in front of us.

It is important for me to highlight at this point that it hasn’t all been picture perfect and it certainly has not been smooth sailing every step of the way. Without the support of the people in AA and Louise, I would never have been able to weather the storm. I would regularly call her on my commute home on a Friday evening, cursing the fact everyone else could drink with impunity. As sales professionals, we like to celebrate the wins and commiserate the losses; “champagne and razorblades” as it is crudely referred to. This took a long time for me to come to peace with. I am indebted to Louise for patiently talking me down from the ledge, many times.

Louise and I filled our weekends with new experiences. I got to embrace the joys of being fresh enough to go out for breakfast at 9 am on a Saturday, catch a sunrise surf, or go for dinner after an AA meeting with a bunch of equally crazy recovering alcoholics.

The biggest transformation for me has not been my work, relationships or even my physical health. It has been the discovery of the peace that comes with a life built on spiritual principles. If you had told me four years ago before I left the U.K. that I would have discovered a spiritual program for living, I would have told you to f&%k off.

Just to be clear, spirituality should not be confused with religion. For me, a spiritual life is one where I continually develop an understanding and appreciation of what I can and cannot control.

AA has worked for me and many others like me, but I am not at all wedded to thinking it is the only way. What I have come to realise is that it is the support of people, the connection with others, and the right-sizing of our place in the world that is crucial. It has been vital to find circuit breakers, to create new patterns of behaviour and thinking. I am not suggesting everyone needs to move 10,000 miles away, but for me, it allowed me to be rid of the places and environments which would suck me back in, and glimpse the freedom of a new, bigger life, without alcohol and drugs.

My hope for the future is that my son gets to grow up in a household where he never sees his father drunk. Louise and I continue to be able to speak openly and honestly about how we are feeling. I continue to lean on and be leaned on by my friends and community.

I want to keep showing up in my life, not only for myself but for everyone else. For me, the opposite of addiction has truly been connection, to my inner self and everyone else.

If you or someone you love is struggling, reach out. We walk this road together. We can only go forward with the support of one another. I will always need the other addicts as much as they need me, because we keep the lifeboat afloat together.