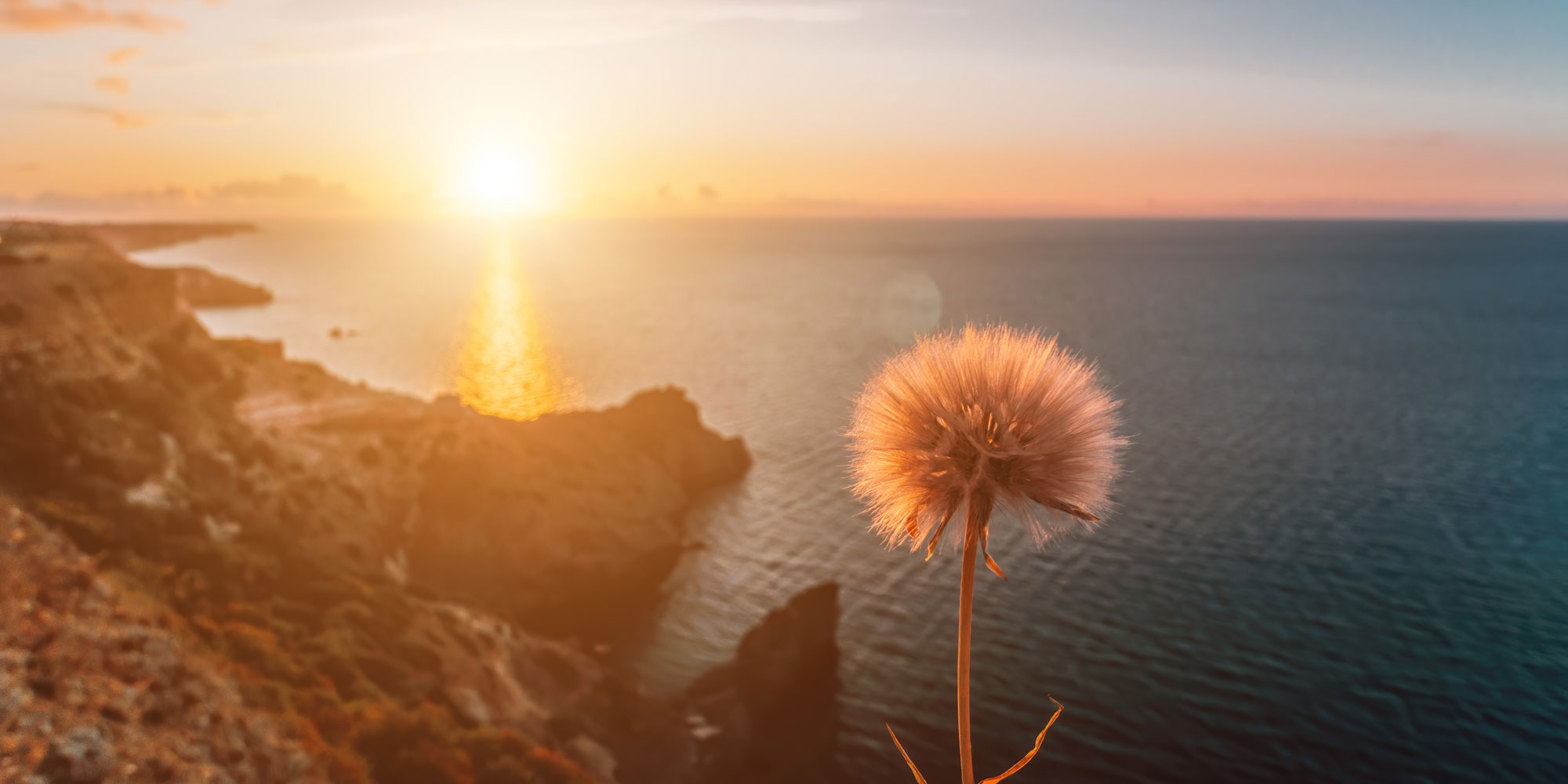 How quitting alcohol turned my life around

The following article contains a story about abuse that some may find distressing. If you believe reading this might be upsetting for you, we suggest that you forgo this article.

We huddled together outside the store, it was cold and raining but we didn’t care. Our hoods were pulled up tightly as the morning wind howled against us, we were on a mission to get our hands on booze and the weather wasn’t going to get in our way, in fact, nothing was.

This huddle consisted of my friends and I – we were all aged 14 at the time. It was the school holidays and our routine was to send the oldest looking member of our gang into the store to get alcohol, then head to one of our empty houses to drink all day. We thought we were so grown up and clever, but for me, this was the start of a very slippery slope that would almost destroy my life.

We repeated this routine many times. I would often end up being sick, doing something I regretted and eventually stumbling back home before falling asleep in my bedroom. I drank from my mid-teenage years, yet my parents never noticed. In fact, there were occasions where they even encouraged me to drink. I recall getting drunk to the point that I couldn’t walk, at a family wedding with my parents when I was 15. I had to be carried to the car so I could be taken home. I spent the rest of the night vomiting and endured the hangover from hell the next day.

My parents were permissive – they let me do whatever I wanted and there were rarely consequences for my behaviour. At the time I believed that this freedom was wonderful. What I didn’t realise was that I was also being deprived of important emotional support from my parents; there was no love, comfort or support available; they were emotionally unavailable. Later in life, this would shape me by impacting my ability to form true emotional bonds with people. It also impacted my self-esteem, anxiety, moods and relationships.

As the years went by, my drinking became a daily habit. My anxiety had become worse and alcohol seemed to provide me with a method of escaping the uncomfortable feelings. I had always felt that there was something different about me. It was as if I had an emptiness within my soul. I could never put my finger on what it was, but something was missing, I had an emotional void deep inside of me.

When I turned 25, I moved into my first home with my wife Michelle. It was at this point that my parents told me that their marriage had been a sham and they were getting divorced. My biological father had abandoned me when I was two years old and this resulted in my mother losing her home and ending up in an awful flat on a notoriously rough estate. She needed to find a way out and my soon-to-become step-dad was the answer. He had a stable job and could help her out of the mess she was in – he could afford a mortgage and could also provide her with an extra pair of hands so she would no longer be a single parent.

My parents slept in separate bedrooms for as long as I can remember and I now know that they never loved each other – it was a marriage of convenience. They were both seeing other people and living their own lives while staying under the same roof. No wonder we rarely had family days out. There was a complete lack of love and warmth within my home when I was growing up.

When I was 13, I became friends with an older boy. He was 19 and I looked up to him. In fact, I wanted to be just like him because he was so cool. I couldn’t believe he wanted to be friends with me. Over time, he gained my trust and eventually he sexually abused me. This episode was traumatic and left me confused and hurt. I blamed myself for what happened. After all, I hadn’t said ‘no’, so it must be my fault. I buried the abuse at the back of mind and didn’t tell anyone about it for almost 30 years.

I firmly believe that the emotional neglect and trauma I suffered in childhood left me wounded. I struggled to form healthy relationships. I was diagnosed with ADHD and CPTSD as an adult and have had problems with anxiety, depression, addiction and an inability to feel my emotions and feelings, for decades. I don’t believe that I was born this way – nobody is born an addict or wounded. I put it down to the neglectful and traumatic events in my life.

After I had moved into my own home with my partner, my drinking increased. I would buy wine boxes so she couldn’t see how much I was having; the routine was daily. I would begin to panic if I didn’t have a supply of wine for the evening ahead and so I would always ensure I was well stocked. I had begun to put alcohol ahead of all the important things in my life. In 2004 my son was born, and I was overjoyed. As he grew older I knew I was putting alcohol in front of being a proper dad. Often, I would be snappy, argumentative or aggressive, when what my son needed was for me to be fully present, engaged and interested.

Alcohol ruled my life for the next two decades. Everything I did revolved around booze. I truly believed that drinking daily was helping me. I thought it made me relax, de-stress and have fun. But I was wrong. So, so wrong. I was drinking between 2-3 bottles of wine every evening, often with beer or spirits on top, but I somehow still managed to function. I ran my own business and even took part in 15 marathon races. I would drink the night before a race to calm nerves and right after to celebrate completing the event.

After I turned 40, I began to pay more attention to how bad my anxiety had become; it was worse than ever before. I was also having regular mood swings and struggling with irrational worries about things that didn’t ever happen. I was unable to calm my mind. I had always avoided paying attention to anything negative about alcohol in the media, until one day, when I was home alone, a news article on the television was talking about the impact of alcohol on people who drink at home. The expert talked about the damage that daily drinking causes and how much more likely these types of drinkers were to suffer health issues including cancer, liver disease and heart problems.

The article filled me with dread, I instantly began to have thoughts about stopping drinking, but I had no idea how to quit or where to start. From this moment onwards my mind was a painful place. My subconscious mind wanted me to carry on with my habit and tried to convince me that there was nothing wrong with my drinking behaviour, yet my conscious mind was trying to protect me and, because of the new information about the dangers of alcohol, it wanted me to stop drinking. My mind was now home to a huge internal conflict and the only way it would ever end would be by getting the two conflicting sides in harmony with each other.

I lived with this internal conflict for around five years. It was painful, and I would usually drink just to blot out the painful thoughts and feelings. Eventually I got to a point where I knew something had to change and I began to educate myself about becoming sober and living an alcohol-free life. The more I learned, the more excited and motivated I became. I started to feel like living sober would be a perfect fit for me and I wanted to begin moving towards that place. The more I worked on myself, the more the internal conflict seemed to weaken, so I immersed myself into becoming sober as if I was training for the most important event of my life.

I had many setbacks and felt as though I was stuck in an eternal loop of ‘Day Ones’, but I kept reminding myself that I needed to use setbacks as opportunities to learn what I needed to change, so I could grow stronger. Eventually, I managed to get through my first few days without alcohol – there were plenty of cravings and my emotions were up and down, but I dug deep because I knew that they would pass. Each time I stood in the emotional storm and let it pass without drinking, it felt like I claimed back a little bit more of the personal power that I had handed over to alcohol.

That was over two years ago. I have not had one alcoholic drink since then.

After I quit, I started a blog, a Facebook group, and started sharing what I had learned, by making videos on YouTube. I was honoured when Annie Grace, author of the brilliant book This Naked Mind, joined me to talk about her journey to sobriety. After the interview, Annie invited me to America so I could train to become a sobriety coach. I have worked with This Naked Mind ever since and have become a senior coach and have helped thousands of people change the way that alcohol features in their lives.

In 2019 I released my first book The Sober Survival Guide; part memoir and part tactics and tools for quitting drinking. The book has been a huge success and I am excited to be releasing my new book How to Quit Alcohol in 50 Days in December 2020.

Quitting drinking has changed my life. My anxiety has gone, my relationships have transformed, I am motivated, fully present, happy and at peace in my life for the first time in a very long time. Sobriety has given me so many wonderful gifts and life has never been so good. I know how hard it can feel to stop drinking, but if you can understand what you will gain, instead of focusing on what you believe you are losing, it can reframe things in a far more positive light and allow you to change your mindset, rather than trying to stop drinking by relying on willpower alone.

Simon Chapple is the founder of The Quit Alcohol Coach.