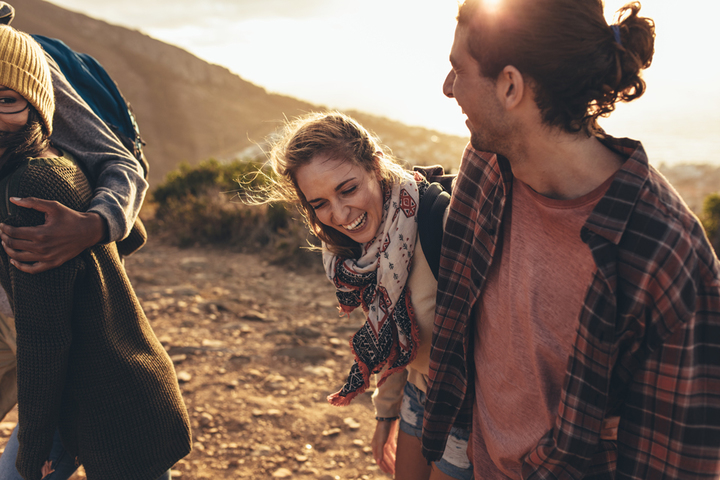 The fear of socialising without booze

I admit it, I’ve been an A-grade show pony since I was a kid; a super-social animal who enjoyed being around people and making them laugh. I always had lots of friends, a love of parties and a strong case of FOMO.

And as it happens this was not only part of the reason I drank – to quell my social anxiety and enable me to show up as the life and soul of any party–- but it was also a bloody great humongous hurdle in my mind to stopping drinking, or even cutting back. I felt sober people were weird, boring social outcasts and not to be trusted, much in the same way as I do about people who don’t like cats.

For years – and by years, I mean decades – I would lurch from thinking I had things ‘under control’ to a crisis of sorts. You know, the ones where you said or did something you shouldn’t; offended a boss, snogged someone inappropriate (I have the most hilarious story involving Spanx – mine) or smashed your front teeth out on a pavement in the Valley during a failed piggyback attempt. Man, that last one was costly.

This would invariably lead to a period of immense shame and an attempt to ‘sort things out’. Sorting things might involve going to see an alcohol counsellor or going on medication such as Naltrexone or turning up at an AA meeting full of remorse, never to go back because ‘I wasn’t like those people’.  I’m sure many of you can relate to the situation where, on the back of a mortifying episode I’d convince myself after a few days that it wasn’t really that bad after all. I mean, c’mon it’s just a bit of a laugh, right? No big deal. Then I’d be back on, big time, by the weekend. Rinse and repeat for at least twenty years.

By the end in all of this, I’d stopped even pretending that this night out would be different because I’d only drink certain drinks. Or that I really would stop at five drinks, or by 9 o’clock. Or that I’d definitely come home with my keys, my wallet and my phone this time. Who was I kidding? I couldn’t even fool myself anymore.

No, I knew after about the first half an hour to an hour that sense of blissful ease would come over me, that sense that all was actually ok with the world after all, and I wouldn’t give AF. Not about myself, not about my drinking, not about anything. I’d have lost control already and that would be that; I’d have no idea about the latter part of the evening, how I got home, the money I’d spent and how I’d behaved. That’s just how it was now.

By the final time I reached out for help to stop drinking in 2017, there was little, if any, fun in any of it. I wasn’t even enjoying it anymore. I remember one night near the end where I was alone on my deck, crying, not even wanting to drink the drink in front of me but I just couldn’t stop. I didn’t have the strength. Even then the alternative – not drinking – seemed worse than this abyss of despair and unhappiness.

Still, the survival instinct is strong. I knew where this was headed if I continued and it wasn’t a happy ending. I wanted to live. Thankfully with the aid of a stint in an inpatient detox unit, I was able to.

My next challenge when I got sober was, or so I thought at the time, reinventing myself or at least discovering who I was. I mean, who the hell was I without booze? I had no clue. I’d been a big boozer for three decades, my whole adult life. I didn’t know how to operate in the world without it. It was terrifying.

And, what was I going to do now, socially? Would I be a social pariah? I didn’t want to ditch my old friends as they were my mates, with or without booze. Would they ditch me though, now I could no longer come and party? If I’m honest I avoided non-drinkers like the plague, assumed they were beyond tedious and would never in a million years dream of dating one. And here I was, one of them. Ugh, these were massive concerns of mine.

My plan was to continue to see my existing friends in a different capacity, like coffee or brekky or a movie instead of dinner and drinks or a day party that would turn into a 16-hour smash fest.

But this left a big gaping hole for me – Friday and Saturday nights. When I quit, I don’t think I knew a single person who didn’t drink and certainly not one I’d actually want to socialise with. But here I was sober, so they couldn’t all be awful, surely? I was absolutely committed to my sobriety, but I didn’t want to be a lonely, Billy-no-mates or feel like I was missing out. I wanted to focus on what I was gaining on this journey, not what I was ‘losing’. And my social life wasn’t going to be one of them, dammit.

So, I set about hunting down a new tribe to hang with. I googled and searched and yet I couldn’t find anything. I found AA useful as a tool in the first few months, but it wasn’t for me longer term. So that left me with … a fairly lacklustre social life.

And that’s when I decided to start Untoxicated (Booze Free Fun and Friendship); ultimately I created what I needed. An option for normal(ish!) people to hang out together socially, have a laugh and do some fun things together, mainly on the weekends. Movies, picnics, dinners, bars, art galleries, bushwalks, roller discos – you name it, we do it.

It started slowly and some weeks only one person would show but it grew and grew and now we operate in Brisbane, Sydney and Melbourne, hosting events weekly and fortnightly. We have grown into an awesome tribe of people, over 4,500 of us, and the team of us who run it are all volunteers.

We welcome anyone, you don’t have to be sober 24/7 – the only stipulation is no drinking at the event. We offer a space where people can catch up, put their problems aside for a hot minute and feel like they belong somewhere – whether they are sober or sober curious. Many members do still drink but have a wide range of reasons why they want to socialise sans the hard stuff.

We want to help break the stigma and pressures of choosing to socialise without alcohol, by showing it is possible to have a fun, social life with great people who are just like you, without booze.

Socialising in early sobriety can be really hard to do in your old social circles. Sometimes you may just need to pause it for a wee while until you gain a bit more sober muscle. Now, over 2 years in for example, socialising in bars doesn’t phase me, but that wasn’t always the case.  Our social events help people get used to being in social settings like restaurants, around alcohol, but in our own little tribe where it is literally and metaphorically taken off the table.

And so it turns out that without the booze, I’m pretty much the same person, just a much better version. Fundamentally I’m still a social butterfly, the person who brings others together socially, the life and soul. To my surprise, the booze didn’t define me after all. And it doesn’t have to define you either.

Faye Lawrence is 46 and mum to two adults as well as a very badly behaved Bengal cat. She’s a bit of an idealist and believes in a world where everyone belongs.

Faye’s professional background is in marketing, communications & corporate affairs, predominantly in the not-for-profit sector.  She also holds a psychology degree, graduating a month after she got sober in 2017, and reckons that a person-centred, strengths-based approach works for pretty much everything in life.