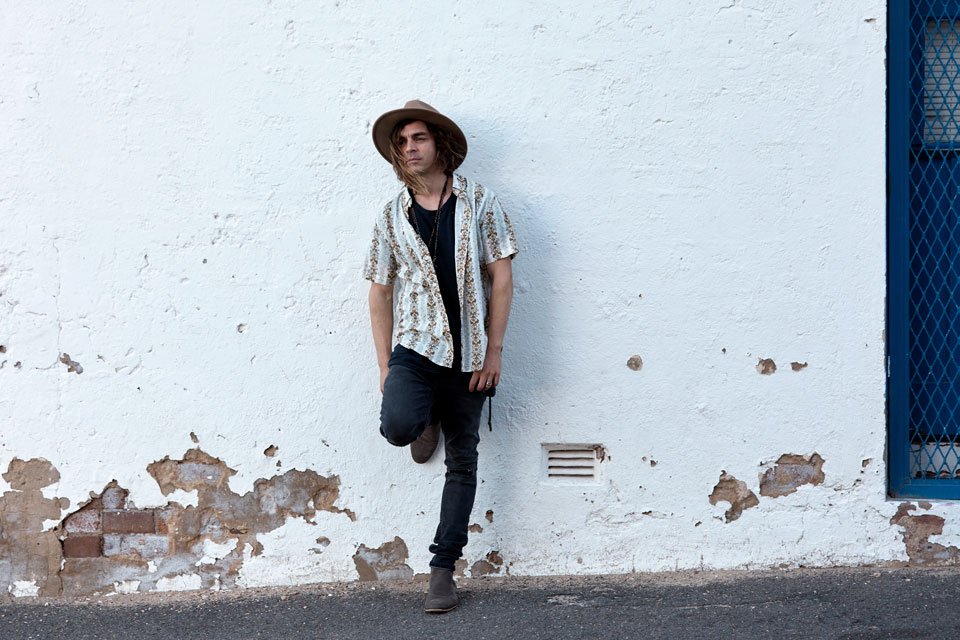 Meditation and mindfulness played a huge role in getting me back up on stage. Not long ago it was an ordeal for me just to go down the road and have drinks with a mate. I didn’t understand the relationship between thoughts and biochemistry, and how they can skew the perception of any given moment. And that’s why a phase of burn-out expanded into years of depression and anxiety that corrupted so many areas of my life.

If I had understood the principles of mindfulness to begin with, I doubt I would have experienced those problems in the first place. I beat leukaemia when I was a kid, and I came out swinging with my guitar. I got to play with some of the world’s most amazing guitarists, and I never had to doubt my body or my mind – never. Challenges were potholes, not blackholes, and I had full faith in myself and the world around me. So it was a complete shock when I found myself later in life on a daily rollercoaster of dread and fatigue  –  challenged by the simplest things, and rendered too tired & wired to participate, and too scared to sleep. I was confused and irrational, and I didn’t understand where these feelings and states where coming from, so I branded every situation which triggered them as the problem. And I couldn’t have been more wrong.

In one tiny moment of clarity I saw no logical relationship between these aspects of life that were being claimed by anxiety, and I wondered then if there was more to it than I thought.

My first meditation session helped to clear up a lot of misconceptions around mindfulness.  I believed meditation was primarily a tool to relax and calm the mind, which is pretty unattractive for a ‘type A’ creative wanting to take on the world – when all along it’s fundamentally a practice to help identify, understand and relate to the types of thoughts and feelings you wouldn’t normally be aware of … the ones that affect emotions and biochemistry, and which actually have more control over you than you think.

Initially it was difficult to get beyond the intense feelings that would arise during a session -– sensations of feeling out-of-body and panicked -– and I almost believed that it was the meditation itself that was creating these sensations, until in one session I discovered the dialogue that lay beyond. This was a real ‘Ah-ha!’ moment for me because I remember thinking, ‘Oh my God! No wonder I feel so much fear, because just look at the shit that’s on constant rotate in the background. Look at what I’m believing.’ I can’t understand why I was believing such stories at the time, but they aren’t happening now. None of these stories was true, yet my body was walking around as if they were: I was on-guard and in fight-flight freeze while I was trying to go about my daily tasks.

It was a profound realisation, and one that has inspired so much change. Through relating to my inner world I was able to reclaim joys of life that I’d thought were gone forever: socialising, exercise, sleep, travel.

And now I’m trying to reclaim my relationship with music by going back out on the road and putting new music out there. It’s early days, but each run dissolves that little bit more fear by proving my worries wrong and leaving more room for joys to shine through – the type of joys that helped to heal me when I was a kid battling leukaemia.

I’m now starting to see that mindfulness is not just for those who are in an emotional pickle. It’s been great for my productivity and creativity. I’m more resilient for it, and my happiness and confidence are now becoming less hinged to circumstance. When I can see what’s going on inside, I can see more clearly what’s going on outside, and I just make better decisions for it. Now knowing what I know kind of feels like I’ve been living in half a world, because your inner world has so much influence over your outer world.

It’s a mentally-driven world, and unlike a muscle that fatigues and stops when it’s overworked, an overworked mind gets anxious and scrambled. It runs into overdrive, gets depressed and fires-off all sorts of unhealthy biochemical reactions.

Our minds affect everything, and the principles of mindfulness and meditation can help us keep our minds healthy.