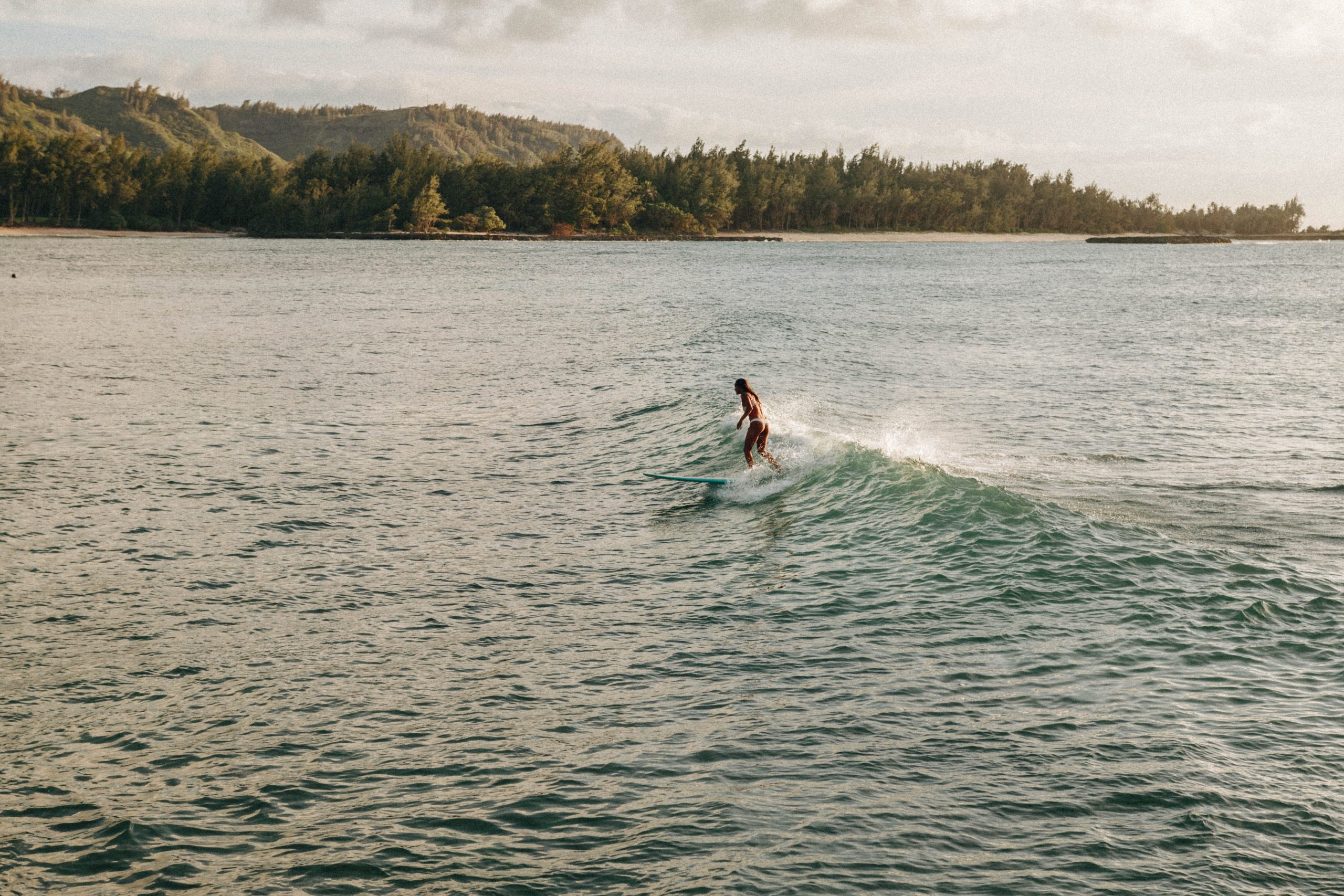 I would like to start this blog post with two words: surfing and Ramadan. These two unrelated things influenced my change in alcohol consumption and came as an unexpected, positive influence in my life.

First, a quick backstory. I lived in South Korea for seven years. While there, I developed a not-so-healthy relationship with alcohol that built up gradually. Alcohol in Korea is not only cheap but very much a part of the social fabric. Over my seven years there, I allowed alcohol to become too influential in my life.

This post may not be revelatory for many, but for those who suffer either physically or emotionally from drinking, they may find some familiarity or even inspiration in my words.

My change in perspective started with the seed of an idea. I wanted to go to India to pursue a dream of completing a yoga teaching training course. That early idea soon became a reality and off I went to India for the first time, for six weeks. It would be remiss of me to say I wasn’t nervous about travelling there. I definitely was. However, one big factor that concerned me more than all the horror stories I’d heard about women travelling alone in India was not drinking any alcohol at all during the training course.

The town in which I studied yoga was a dry, vegetarian town, and the thought of not drinking for one month seemed impossible to me.

The course routine was quite rigid, with incredibly early morning starts and long days. By the time the first week had passed, I realised I hadn’t even thought about having a drink. One month passed easily and I began to feel lighter in not only my body but mentally, too. At this point, I didn’t think the results or effects would be lasting.

I continued with a vegetarian diet and stayed on the wagon upon my return to Korea. Some situations were difficult, but I generally found it fairly easy. As long as I had prepared myself not to drink before going out, I found I was not only able to say no to drinks but even to enjoy myself. I didn’t give myself a strict plan or rule. If I felt like a drink, I allowed myself one. In the six months after travelling to India I did enjoy some drinks with friends and, on occasion, even drank one too many. I wasn’t too hard on myself for this, as each time it reminded me how much my body and mind suffered from drinking too much. The slow, heavy, lazy lag that came with my hangovers just became less and less appealing.

So how does all this tie into surfing and Ramadan?

I recently experienced two very similar situations where drinking became a secondary choice, and happily so.

In my recent travels I happened to meet a Moroccan, Muslim surfing instructor in Korea, at the beginning of Ramadan, and a Sri Lankan, Muslim surfing instructor in Sri Lanka, at the end of Ramadan. Both guys were very relaxed, physically strong and helpful in the surf despite both practising Ramadan. No food or water during daylight hours for one month and, being Muslim, no alcohol at all. They both still exuded a vibrant energy and a deeper calm about life in general. Socialising with them without alcohol and learning more about Islam also gave me a deeper insight into a religion I knew little about, as well as how to take care of your body and prioritise what is important in your life.

It was a reminder I needed. Whilst surfing with both of these guys, I felt the need to drink had again faded. Of course, a little voice in my head would often say, “Hey, it’s Saturday night, have a drink, go on! Just one!” Sometimes it’s hard to ignore that voice, but with my new interest in surfing, I found that even just one drink made me feel wobblier on the board the next day.

The surf became more important than the drink.

Surfing more also increased my appetite and improved my sleep. Over a short period of rising at 5 am for a surf every morning, I started to feel more energised. My routine then blossomed into a surf at sunrise and sunset each day, accompanied by two big, nutritious meals, and sleeping like a baby most nights. I know this routine is one I only found while on vacation, but the desire to drink while on holiday is often greater than usual, so this change felt more progressive. With the influence of both my instructors’ passion and my own desire to improve, alcohol instantly took a back seat. Through finding this new activity, I have found more energy, positivity and happiness, and I must credit some of this to being alcohol-free.

I’m not advocating that living life alcohol-free is necessary for everyone. Many people can enjoy a drink or two and cope fine. Unfortunately (or, fortunately) for me, I don’t cope well with alcohol. But I am re-discovering that life can be lived to the fullest without drinking or drinking excessively. I am definitely happier without alcohol dominating my life. That said, I’m not banning myself from drinking permanently, just taking things at a pace that’s best for me. Prohibiting yourself from occasional desires or treats isn’t healthy either. I know I will continue to drink from time to time, just not at the expense of my mental and physical health, my greater happiness and the opportunity to pursue my new interests and dreams.

So, I want to say a big thank you to surfing, Ramadan and two pretty awesome guys who helped me redirect my attention, without even knowing it, to the positive vibes that can be found if we indulge ourselves in new, healthy challenges. It doesn’t have to be surfing that changes your life; it could be anything. Maybe chance takes you to that new challenge or hobby. It could be a long-hidden passion.

My advice: just do it, try it out. If it helps you, cut back on drinking, or if it simply boosts your happiness levels, then keep at it. I wouldn’t trade anything for the feeling of sitting in the ocean, feeling physically and emotionally strong, awaiting that next magical ride.