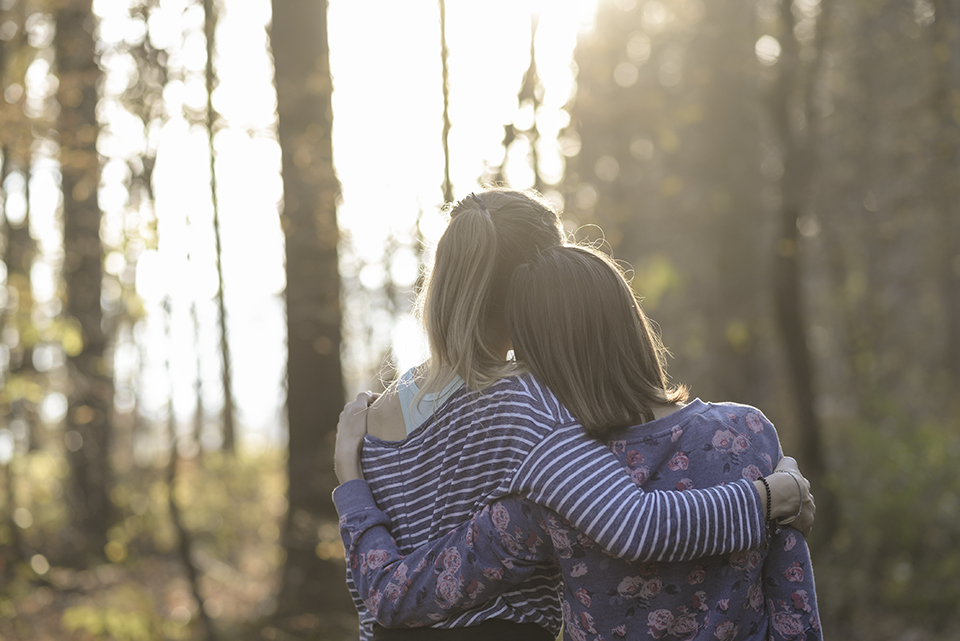 Courageous conversations without a drink in your hand

This week we have a guest blog from Nicole, a courageous and intelligent woman who was diagnosed with bowel cancer and took action action to regain as much control of her life as possible, including changing her relationship with alcohol, which was not easy … for others.

I had terminal cancer, a glass of Pimm’s and nothing to say.

As I watched a slice of lemon bob around in front of me, I contemplated making a toast.

My family were gathered around a long table at a restaurant on Melbourne’s Mornington Peninsula. Did we look like a happy family? Skipping out of work together for an afternoon drink on a crisp autumn weekday? Or did our forlorn faces betray our devastation? And most pressingly, in that moment, were we really about to cheers to all of this?

I had spent three days with the knowledge that I was dying from bowel cancer. My family had flown in and driven over and gathered close. We had cuddled and cried. We had gazed into oblivion and tried to comprehend what life looked like now. And then, inevitably, eventually, our minds had turned to what we should do next.

Sure, doctors. And hospitals. And treatment. Fighting for life.

But what did we do now, today? On this sunny afternoon?

“We could drive around some wineries and hang out and drink some wine, I guess?”

It made just as much sense as anything else that we could have done in the wake of such destructive news.

It was a peculiar thing to do. Wasn’t it? To tour some wineries and have a long lunch. Were we commemorating this moment, this news, this learning that I had two years left? Were we celebrating life? Were we boldly standing in the face of a cancer diagnosis, resolute? Or were we just doing what we would have always done?

As the wine went down and our spirits went up, I was quietly relieved. This was a dose of normality. It felt familiar. As my inhibitions receded, I felt more comfortable acknowledging the trauma that lay ahead of us. Talking about it and processing it. Glass in hand, glass half full, I had some conversations that I really needed to have. 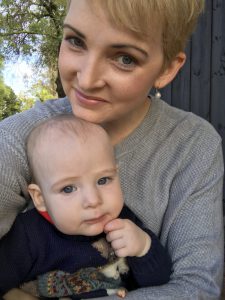 I was living a balanced, healthy life when I was diagnosed with cancer. I exercised. I was breast feeding my eight-month-old son, so I was very conscious of what I put in my body – but then, I always had been. I would have that special glass (or three) of wine. The occasional block of chocolate. The sporadic serve of French fries. But overwhelmingly, I ate a balanced diet, high in fibre, fruit, vegetables and protein, and low in meat. And yet, I had found myself with stage IV cancer as a 32-year-old. Bowel cancer. A cancer that research has clearly linked to lifestyle factors.

There was no avoiding the question: had I done this to myself? Research told me that it was possible. Alcohol is a carcinogen. There is no denying that. So is processed meat. The World Health Organisation has determined that even red meat is probably carcinogenic to humans. I began to contemplate the choices I had made and the choices I would make, in the wake of my diagnosis.

My chemotherapy regime, which I kicked off a couple of days after our day of wine-enabled dialogue, was toxic in so many ways. I was asked to fill myself with poison each fortnight, again and again. My doctors told me to keep going for as long as I could possibly go: the chemo was my only chance at extending my prognosis. It made me feel miserable and sick. It made my head spin and my hands shake. It made my body feel like it was not my own. It was intoxicating in all of the wrong ways – for all of the right reasons.

I stopped drinking. I felt like I had to, but I also wanted to. Because yes, I wanted to hit pause on the carcinogens. But more than this: I wanted to regain control over the way that my body functioned. I followed the research and did everything I possibly could to make survival my reality. I took up an intense exercise regime, diligently reported to every chemo appointment and ate a clean, meat-free, alcohol-free diet.

I didn’t feel amazing. I didn’t feel compelled to spruik the benefits. I didn’t love it. I would have preferred a glass of wine over the endless glasses of sparkling water. But it felt right, for my fight. For me. 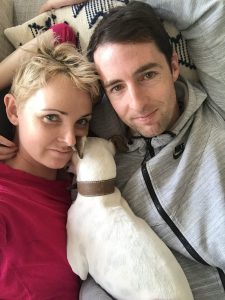 Terminal cancer is an impossibly difficult thing to discuss. Be it with intimate friends or casual acquaintances. And even when you don’t intend to mention it, cancer oozes into the conversation. Leeches on to a meaningful connection. Lurking there, stubbornly. Mostly, saying very little, yet all the while, invalidating a whole lot.

I was spending month after month almost completely absorbed in my cancer. Fighting my fight. But around me, life continued. The same, but different. When I did come up for air, it was to a dance card full of awkward cancer conversations.

No, my treatment was not over.

Yes, I may still die.

My clean-eating, water-drinking self soon learnt that cancer was even more difficult to contemplate while sober. Each time I declined a drink, I winced: how did they see me? Poor sad cancer patient? Mourning the passing of a carefree cheers? Or worse, judgementally tisk-tisking their chardonnay?

As I navigated a road that was choked of abundant, free-flowing engagement, I contemplated a simple truth: alcohol makes conversations easier. Particularly, those tongue-tied, alien conversations in which nobody can claim to be fluent. I was missing the nonchalant connection that alcohol offered. The security blanket that it afforded.

But the more times I carried a glass of water to the depths of my new normal, the better I got at it. And the more I realised that I needed to learn how to tackle the largest of life’s problems without a snuggly blanket of gin. Or effervescent Aperol spritz. I learnt how to speak about cancer, with cancer, around cancer, without a veil. I learnt from others and I learnt from myself.

Slowly, I became comfortable in owning my choice to do my cancer fight – my life – my own way. That is, until I decided to drink again.

I was given a one-per-cent chance of surviving my terminal diagnosis. It was a percentage that I demanded to know and generally, felt vindicated in fighting for, by my own rules. And in mid-2019, after over two years of waging my delicate rebellion, at least 40 rounds of chemotherapy, five surgeries, and countless hospital admissions, I am in remission. Cancer free. For now.

It was a moment that I chose to celebrate with family and a bottle of champagne. Not because it was the only way to celebrate such a milestone. But because I had earned the choice to. And as I have recovered from surgeries and stepped down from intense treatments, I have continued to drink on occasion – when my health has permitted, if I have felt inclined.

Yet, just as I had feared the perceptions of my sobriety, I have been acutely aware of opinions on my drinking. Would I be viewed as thoughtless? Ungrateful? Or worse – reckless?

June is Bowel Cancer Awareness month. And this year, my own awareness is drawn not to what caused my cancer, or how to treat it; but instead, how we best navigate cancer conversations. Because awareness is lifesaving. And talking is healthy.

My life is a gift. Trite, but true. My cancer has delivered dreamy highs and distressing lows – and I have encountered and responded to iterations of both, sometimes with a drink, and other times without. I have no idea what caused my cancer, but I am accountable for my actions now, irrespective of what happened then.

I continue to undergo treatment and will do for the foreseeable future. I continue to review my lifestyle choices for improvement and balance. Every choice deserves a rethink. And most importantly, I continue to learn how to have life’s hardest conversations, without the support of alcohol.

Bowel Cancer Awareness Month is an annual initiative of Bowel Cancer Australia, running throughout the month of June (1 – 30), to raise public awareness of a disease that claims the lives of 103 Australians every week. To find out more or to donate visit bowelcanceraustralia.org/bowel-cancer-awareness-month

For a confidential conversation with a Bowel Care Nurse, contact the free Bowel Cancer Australia Helpline 1800 555 494 during business hours.