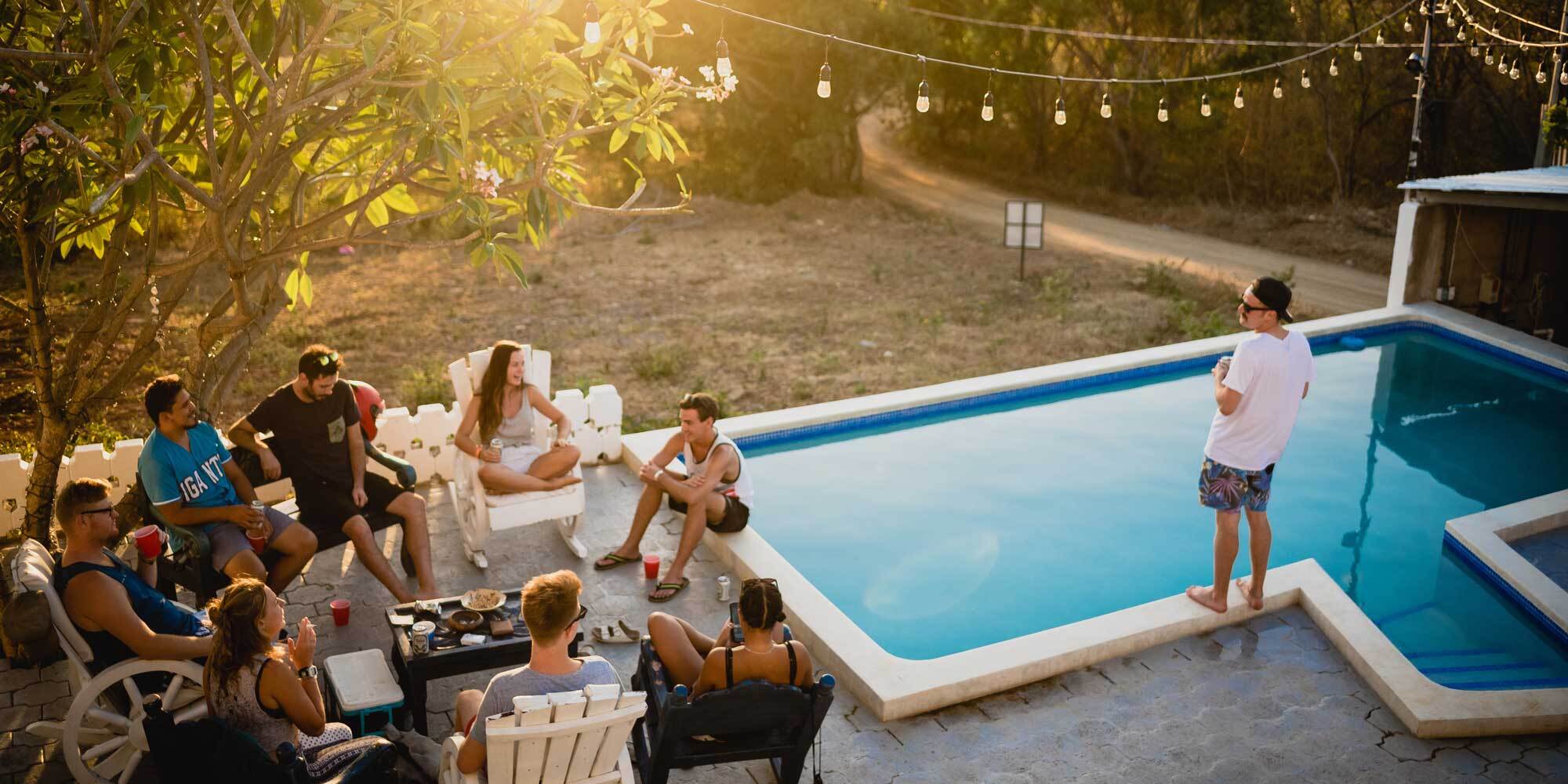 Social pressure for Gen Z in a sober month

Today is November 1st, and for 31 days I have abstained from alcohol. Not even a sip. I’ve experienced countless benefits associated with abstinence throughout the month, but I had to build up resilience against the culture of drinking that is so firmly established in Australia.

To kick things off, some details about myself. I’m a 23-year-old male university student. I have a close group of mates who I see every week, an awesome girlfriend, and I’m privileged to have been raised in a family with two driven parents, two cheeky brothers and a feisty 15-year-old sister. Some nights after a full day of study, I typically have a night at the pub with mates or have a glass of wine with my girlfriend as we cook or order-in food.

My decision was voluntary and was partly inspired by two of my favourite comedians, Tom Segura and Bert Kreischer, who have done a sober October since 2017, and updated their podcast listeners on their progress each time. I felt this would be an opportunity to connect to other individuals in a month of sobriety, but there was also a bit of vanity: alcohol disturbs muscle growth and I wanted to get bigger at the gym!

Unfortunately, what I hadn’t taken into account was that October is a month dominated by university assessments (which usually sees me having a few beers or box wine to celebrate or cool down), as well as four of my closest friends’ birthdays. Still, I felt inclined to at least give it a crack.

The second day of the dry month was particularly trying as we celebrated two of my mates’ birthdays at one of my favourite bars. On the way to the bar, I was toying with the idea to start sober October the next day, to properly enjoy the night, but I shrugged it off and thought of the two comedians who would be doing it with me. At first, my mates assumed that my purchase of a lemonade was a practical joke, and I copped a few glares, accusations of fraud and not being able to go a few more hours dry (with one so-called friend trying to place a bet on my sobriety for the night). As the hours dragged on and the conversations around the table became more loquacious and glib, my mates accepted that I actually was giving this a go. My intentions weren’t to draw attention to myself, but it’s hard to pull that off when you continually rejoin the group with a glass of tap water.

The days that followed revealed the benefits of abstinence. I was sleeping better and waking up earlier. My thought processes became more lucid, and as a result I was able to convert this newfound advantage into late-night study without having a glass of crappy cask wine (parents forbid me from having “the good wine”).

Of course, these benefits were challenged every time I caught up with friends. It’s hard not to pull out your phone, transfer $50 into your spendings account, and go up to the bar to get a jug of VB (best Australian beer, without contest) and have a fun night with your friends at the local. These urges were dimmed when I realised how much I was actually saving, and I was happily able to spend nights at the pub watching the footy or just catching up over a Carlton Zero (which, honestly, isn’t even that bad).

The ingrained culture of drinking in Australia tested me at a birthday party I attended (within the confines of COVID restrictions). I was equipped with two Carlton Zeros for the entire night and was making puppy eyes at a bucket of Pure Blondes and VBs tucked comfortably amongst ice within 30 minutes of arriving. At that moment, I thought it was too late. The music was blaring, there was a cocktail menu with drinks from all around the world, and the conversations were becoming excitable. I turned to my girlfriend and said, “That’s it, the Carlton Zeros are finished and I’m dying for a beer”. Luckily for me, she was there as the voice of reason. She said: “Nobody is stopping you, but will you hate yourself tomorrow for having a drink tonight?”. At this point, I was two weeks in, and had already conquered the pub scene and my after-study ritual of reporting to the pantry to fill up a glass of cheap cask shiraz. This was the final test and I unhappily, yet successfully, kept a firm grasp on my lukewarm cup of Coke Zero for the remainder of the night.

The final two weeks were relatively easy. My daily routine became one revolving around gym, study and seeing mates for breakfast or lunch instead of going to the pub. Social pressure absolutely exists when you are 23 years old and no stranger to the pub, but I found the pressure can be handled when I had a clear goal in mind and I remained true to that purpose. It was also entertaining to wake up on a Saturday or Sunday to check the group chat that my friends are in and see multiple complaints of hangovers, a pain that I had almost forgotten existed.

Social pressure to drink is very real, and I imagine that if I’d cultivated an image as a ‘drinking legend’ it would have been ten times more difficult to resist. But I’ve really only dipped my toe into the world of boozing at this point, so making a temporary change required only a moderate effort of will. I imagine that it might be more difficult in ten or twenty years’ time if I develop a drinker’s identity and surround myself with like-minded people. The past month was absolutely rewarding and showed me the benefits of an alternative path. I would be keen to take part in it again.