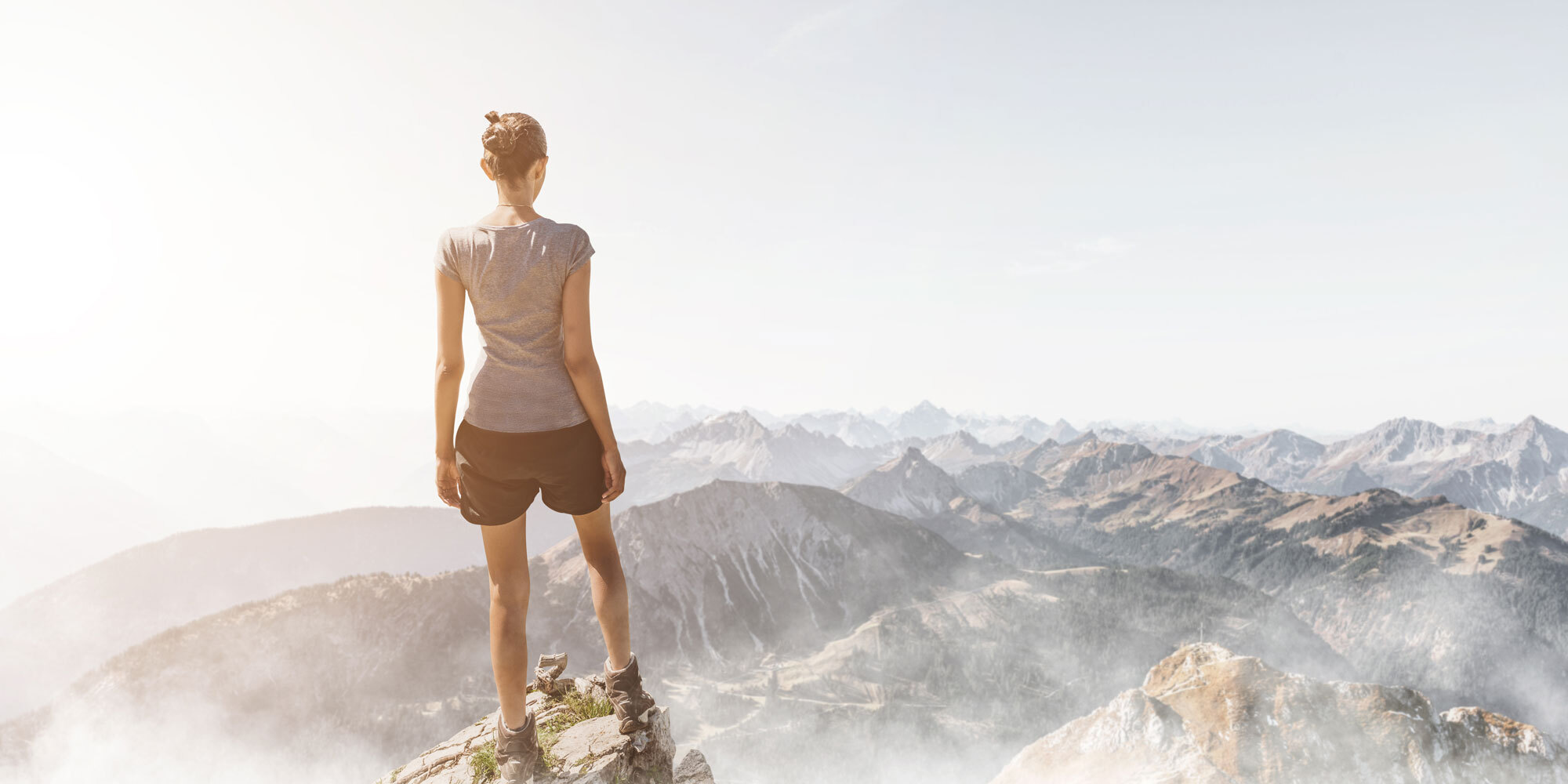 Milestones, meltdowns and much more – a year off alcohol

When I first sat down to write this, I had so many ideas. So many ideas in fact, that I sat for quite a while staring at a blank screen completely clueless on how to start and getting more nervous by the minute.

And then I put my big-girl pants on, took a breath, and the obvious place to start became, well, obvious … I needed to start at the beginning.

I spent a long time thinking about sobriety before it became my reality. I would secretly read blogs, books, posts, everything and anything I could about other people’s stories. (I did this secretly, because I was too ashamed to admit I had a problem). I was amazed by their strength and in awe of the courage they had. I so admired the guts it took to be open, honest and RAW, saying ‘Hey, this is me, this is where I’m at, yeah, I got some issues but THIS  is what I’m doing about it.’ And I so wanted to be like them. I wanted to be strong. I wanted to be brave and I wanted to have the courage to open up and share my story.

And the whisper in my heart became louder … and it said, ‘You can do this too’.

I don’t quite know when my drinking escalated from nothing to ‘something’. I’ve spent a lot of time trying to trace it back, but there was no clear indication I could see, nothing I could look at and go ‘There! That’s where it started to be a problem!!’

I knew it was possible for me to continue drinking, and just keep going through the motions. I knew I could keep going like that, and that could be my life. But I knew I wasn’t in control anymore.  I would swear to myself in the morning (feeling terrible from the night before, as usual) that I wouldn’t drink that night, and by evening, there I was, carrying a bottle of wine home from the shop. I never really said I wasn’t drinking, out loud anyway, so there was no one to be accountable to except myself. My friends drank too, so my drinking was never too big a problem for them. Okay, well … perhaps aside from the times I got a little too drunk and became over emotional, crying over something. Or saying something quite rude or arrogant in the special way only the drunk can.

I was f**king terrified, and please excuse the profanity, but it’s the only way I can adequately express how I felt … F-ing Terrified. Terrified of change and terrified to remain the same.

In my first sobriety attempt,  I set myself a 100-day challenge. I’d done a month alcohol free before, so 100 days was long enough for me to feel like I would experience some of the true benefits of sobriety, yet short enough that I could see an end date and feel that I might actually be capable of achieving it. Deep down I knew that I needed longer than 100 days, that the life I really wanted was well past the 100-day mark, but there was no way in hell I could even consider that. Not yet.

My first sober journey lasted seven months and was going pretty well, until I decided I could try to moderate, again. I’ll be honest, I had missed my life with alcohol, well what I actually missed was the rosy memory. I don’t think it will come as a surprise that moderation was NOT a successful venture. It followed the same line as many other stories I have read. Slowly my drinking crept back to where it had been before, and I knew deep in my heart if I didn’t stop, I would lose everything that I loved dearly, and worst of all I would lose myself.

So, seven months later, I was ready to start a sober journey again. Let me make this very clear. Relapse, a slip, whatever you want to call it, is not a failure. For many people, including me, it is all part of the journey. I learnt a hell of a lot through that experience.  Most importantly I learnt that I wanted to be sober, and I wanted it much, much more than I wanted to drink. This time, I had a better idea of what was ahead, and what I needed to do.  Once I’d had a taste of that sober life, the beauty of it never left me, and so I did everything I could to get it back.

On the note of struggle, let me let you in on a little secret – no matter what you hear and see, a lot of people aren’t doing it easy. They might choose not to share the hard bits, or the ugly bits – and perhaps they do find it easy. And that is perfectly okay too. Because here’s the beautiful thing about sobriety. It’s YOUR thing. Your creation. And whatever it is that works for you is right, there is no wrong way, if it works. Sobriety has uncovered a side of me that had been hidden for so long. And let me tell you, I had NO idea just how strong my desire to change really was. Once I set down this path, I found strength and courage I didn’t know I had, and it helped me to move through the shit days. I found compassion for myself that I had long ago cast aside, and I found love, for myself, from myself. And the days kept passing. 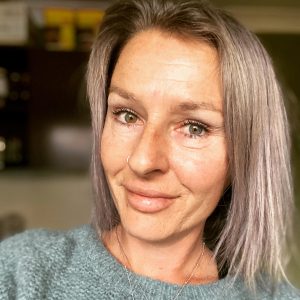 This year has taught me so many things and given me so many gifts that I cannot even begin to describe my gratitude.

I am so grateful for a whole year of mornings hangover free. I no longer need to battle my Mondayitis anxiety induced by a weekend of non-stop drinking. I now get to see the sunrise and the stillness of the morning as a joy, not a test of endurance. I still experience anxiety and depression, but I am now able to go to my doctor, make decisions on what is best for my health at that time … and actually follow through with it.

I am so grateful for my sober friends that I connected with initially through social media.  The first time I sat down with a fellow sobersista, I cried, I talked a million miles an hour, and I no doubt came across as a little kookoo. But as I apologised, she just smiled and said, ‘don’t worry, I’ve been there too’. My sober friends aren’t just ‘sober’ to me. In them I see the courage of warriors. I see the beauty of their struggles and the joy in their accomplishments. And if I need to talk about something, vent about how shit things are that day, or how excited I am to be hitting another sober milestone, I know that they get IT. Because they’re going through it too.

The people I love, that knew me in my old life and are still with me today, are Rock Stars.  Not literally, but what I’m saying is, they’re THAT freakin’ cool. I am so grateful now that I get to truly appreciate and love them as much as they deserve to be. I MAY have been a bit of a handful at times, and that MAY be a total understatement. I was a hot mess and missed out on so many of the little moments that now mean so much to me. These are the people that pour me juice into a fancy glass to celebrate, the ones that cheer me on each step of the way. And the ones who have given me the love and acceptance I so needed, to begin to heal. My heart is so full of love for them, and the best part is, I am now able to tell them that. And these people now get to experience a fully present me, a me who knows and celebrates their worth.

It wasn’t easy for me to admit I had a problem. It wasn’t easy the first time I was honest about my struggle. It takes a lot of courage to admit that you don’t have control. It takes guts. But it doesn’t mean you’re broken. Alcohol is an addictive substance, and addiction is NOT a personal defect. If we drink enough of it, we will get addicted. Simples. I know this now, and I don’t chastise myself for not being able to moderate or drink ‘normally’. I wish I had known it years ago, as it may have reduced the pain and confusion I felt, but I know it now, and that is enough.

I used to dream about being the one writing this story and sharing my experience from one year sober … and as I sit here, I realise, it was never about giving anything up, because I have lost nothing. It was about everything I had to gain.