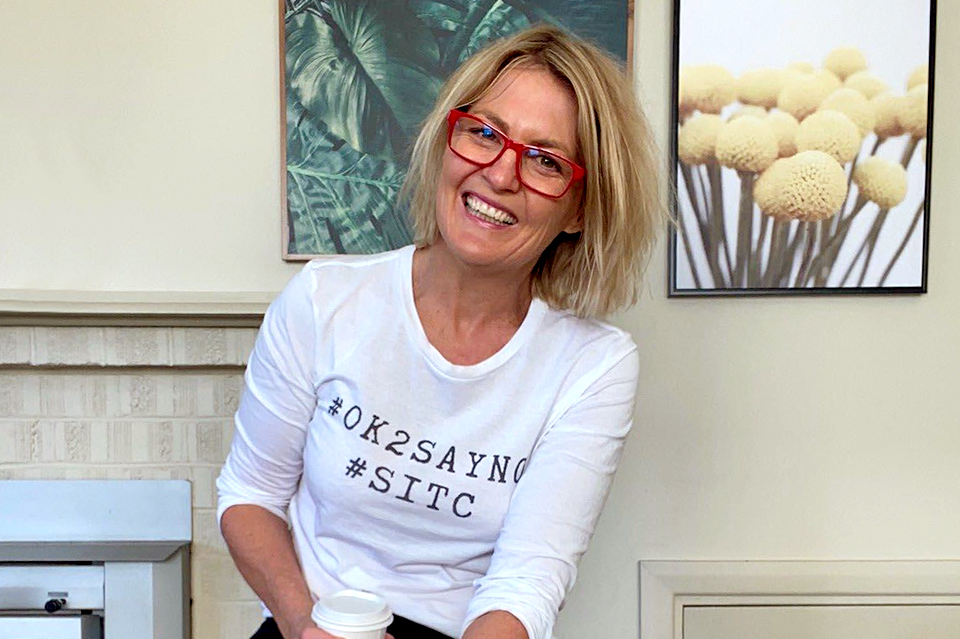 Last time I went into isolation I emerged out the other side an alcoholic drinker.

After a decade of total disaster in my twenties I was on the run and chose to pursue my most radical ‘geographical’ yet, right into the glorious red heart of Australia.

I was determined to get as far away from everyone and everything I knew. To isolate.

I still had not realised that wherever I ran to, there I was.

I packed up my corporate Ag career, dragged my dear old Longreach ute and swag out of retirement and decided that being a tour guide in the Territory was a great plan.

In the end, all that vanishing off the face of the known universe for a year did, was to fast-track my problematic drinking to alcoholism.

To be clear: I had been sitting at the tipping point for many years. I am neither blaming the NT nor tour guiding as a profession for my subsequent alcoholism. Those wheels were set in motion after trauma in my 18th year saw me seeking alcohol as a place to hide. I am simply sharing what changed and how quickly things went from one level to another when in the perfect storm of isolation plus a place where day-drinking was accepted and encouraged.

When I vanished into that red-dirt, blue-sky country in my 30th year, I worked 18–22-hour days driving backpackers around and guiding hikes and cooking meals and sleeping in my old swag under the stars. It was an incredible experience in so many ways for somebody like me so passionate about outback Australia. It gets into your veins.

But among all that glorious adventure and wanderlust a serious problem was gaining rapid traction. I embraced the NT- and tour-guide party culture extra fiercely (as an addict does). I very quickly fell into the habit of drinking (at least) a six-pack every single night. Because that’s just what we did. Telling tall tales around the campfire, drinking, laughing … rolling smokes, sitting under the stars. It felt like I was being the truest Australian.

Hours of sleep would later be snatched and then another 20-hour day would follow. When we finally got back to the home base in Alice Springs, filthy and exhausted, it was time to put fatigue aside, harden-up, ramp it up … and party hard all night long. On the rare occasion we had consecutive days off, day-drinking was the norm. Sunday sessions applied any day. And it was always ‘five o’clock somewhere’ in the Top End.

A year into this life and I was rarely stringing sober days together. I’d always been a party-hard kind of girl and a blackout kind of drunk – but I’d also always had alcohol-free days. The territory and my year of isolation from normal responsibilities and routine knocked the last vestiges of sobriety right out of me.

When I came back west (with my beloved Tim) and attempted to ‘settle down’ into normal life, some eighteen months later, the damage was well and truly done, and my tipping point had been and gone. I was a true alcoholic drinker by then.

But I DID NOT recognise the signs – because I got a job, worked hard, was successful, and had a mortgage. And because I did not drink during the day (unless a country party or race day or rugby match called for it) and because I didn’t even drink every day. And because I thought alcoholics were ‘those homeless people in the gutter’ who drank hard liquor out of brown paper bags.

But – once I touched alcohol – the chances were 90% that I would blackout drink and do or say crazy things that were simply not even true to my nature. In the end, my method of self-destruction progressed to ‘after-five’ wine drinking. Two or three bottles, sometimes. I still convinced myself that it was OK – because I had graduated from cheap beer to fancy wine, and still showed up, most days.

Less than a decade later, I would almost lose my life. Many of you know the gist of the story. If you don’t, please feel welcome to watch our episode of Australian Story. It’s all there, warts and all.

That was five and a half years ago. The last time I thought about wanting a drink was the 22nd of February 2015.

How I managed to come back from the brink of death, to overcome my alcoholism and recover, is simply a miracle combined with willingness and hard work and a choice to live. And it’s precisely why I now do what I do, raising awareness for others. Now more than ever.

I am sharing this reflection of time because our COVID-19 ‘isolation’ of 2020 has me worried SICK.

I see (firsthand, daily) so many sitting on the precipice … so many precious lives hanging in that fragile, fragile place between ‘problem drinker’ and ‘alcoholic drinker’.

As a national alcohol awareness advocate, I am genuinely fatigued and heartbroken by day-drinking memes and social media posts glorifying ‘coping with ISO’ by getting shit-faced … not because I don’t have a sense of humour (anyone who knows me will set you straight there) but because I know the crushing weight it’s adding to our most vulnerable; like those in early recovery, or shaky sobriety, or those who don’t even yet know they’ve become alcoholic drinkers.

I am sickened by Big Alcohol’s shameless, relentless push to push their product and get their advertising and subliminal messaging into every single home or browser or banner while we are in lockdown. It is literally everywhere. Every day. Wherever you look, wherever you turn, whatever you download or scroll, and wherever you drive.

We lose 6,000 lives every single year in Australia because of grog. And yet bottle shops are labelled an ‘essential service’ by those who claim to lead us. (We know why that is. Because if bottle shops closed, the undiagnosed alcoholic drinkers all across Australia would crash the health-care system. But you won’t hear that truth either.)

This issue is urgent, and it needs to be discussed. Because once COVID and ‘ISO’ is over, the problems being created as we speak won’t vanish with it. We are creating a fresh crop of alcoholics – and that is not ok.

So, please – if you’re worried that you’re going a little too hard a little too often in ISO … can I encourage you to listen well to that still, small voice inside your heart and your head. Because once you go past the tipping point, it is incredibly hard to make it back. And many will not. And Big Alcohol won’t be there for you to pick up the pieces once they’ve profited from your demise. You will be alone, then lonely, and then you will be without hope.

If you reckon you’re not ok, our resources page might help you start ….

Founder and Creator, Sober in the Country.