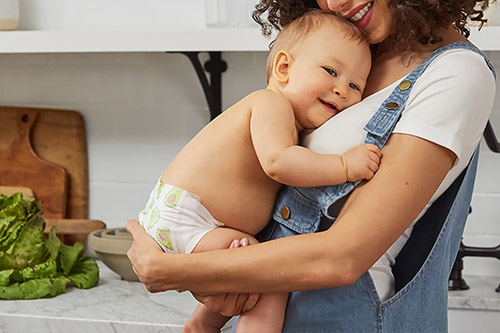 How much alcohol is really safe during pregnancy?

In light of the recent push towards pregnancy warning labels on alcohol bottles, we believe it’s important to understand the consequences of drinking during pregnancy.

Within our Daybreak community, we’ve seen some of our members indicate concern as there are people who are pregnant and still drinking, but not aware of Fetal Alcohol Spectrum Disorder. This is a condition caused through alcohol exposure of the fetus during pregnancy, due to the mother’s drinking.

In order to address misconceptions about it, we’ve decided to ask the experts – our partners at the NOFASD organisation. Here are their answers to the most common questions.

Fetal Alcohol Spectrum Disorder (FASD) is a diagnostic term used to describe impacts on the brain and body of individuals prenatally exposed to alcohol. This is a lifelong disability.

Individuals with FASD will experience some degree of challenges in their daily living, and need support with motor skills, physical health, learning, memory, attention, communication, emotional regulation, and social skills to reach their full potential.

FASD is a serious public health issue in Australia. It’s often hidden, unrecognised and unknown, however its presence undermines learning, social interactions and development throughout the lifespan. In later life, unrecognised FASD will further undermine the treatment and management of substance use disorders, mental illnesses, with consequent burden on disability services, justice, homelessness issues and other necessary services.

FASD is the leading cause of non-genetic disability in Australia. There are more children born each year with FASD than autism spectrum disorder, spina bifida, cerebral palsy, Down syndrome and SIDS combined (Karr-Morse & Wiley, 2012).

The only cause of FASD is alcohol exposure during pregnancy.

People have always consumed alcohol so why wasn’t FASD a problem in the past?

Many people wrongly assume that because alcohol has been part of human societies for at least 9,000 years, the problem of alcohol harm during pregnancy would have been noted sooner. In fact, it was! In ancient texts, there are references to this issue – for example, a biblical reference in Judges 13: 3-4.

In more recent recorded times, Hansard noted in the British parliament in 1834 that “… babies born to alcoholic mothers had a starved, shrivelled and imperfect look”. In 1874, the New Zealand parliament was petitioned by 167 Maori chiefs to remove alcohol from New Zealand because of the harm it was causing unborn children.

There have always been children born who struggle to learn, have neuro-developmental delays and disorders which remain throughout the lifespan. Modern research has narrowed down the cause of many of these problems.

How much alcohol can I drink safely during pregnancy?

There is no proven safe level of alcohol exposure for a fetus. As research techniques become more refined it becomes evident that smaller and smaller amounts of alcohol can be demonstrated to influence a developing fetus negatively.

An award-winning Australian study in August 2017 (by Muggli et. al.) determined that prenatal alcohol exposure, even at low levels, can influence and change the development of the head and facial features. Although the clinical significance of these findings is yet to be determined, they support the conclusion that for women who are, or may become pregnant, no alcohol is best for the baby.

Many pregnant women report that people often tell them that one drink will be OK! We don’t force cigarettes on people, we don’t encourage people to ignore risks with soft cheese, we don’t try to convince someone to eat just one piece of sushi – so why should we encourage and support alcohol in pregnancy?

I had a few drinks before I knew I was pregnant – will this be a problem?

In Australia, this is one of the biggest causes of pregnant women being exposed to alcohol, and therefore their children being at risk of FASD. According to the Australian Institute of Health and Welfare (2014) 50–60% of Australian women consume some alcohol while pregnant, often before they realise that they have conceived.

Increased education for health professionals is critical to ensure that they are giving patients the correct advice. There is no known safe limit of alcohol exposure and therefore women who are sexually active with a male partner and consuming alcohol should ensure that they are using reliable and effective birth control. We do know that there is a dose-response relationship between alcohol exposure and a FASD outcome. Therefore, stopping alcohol immediately is critical if a pregnancy is discovered unexpectedly.

We don’t know what causes FASD to develop in some prenatally exposed babies. We have no way of predicting the outcome, or preventing it. However, we can ensure that women have the opportunity to experience healthy, well-informed, supported, alcohol-free pregnancy in a community which knows and understands alcohol risks.

I thought FASD was caused when women who are heavy drinkers became pregnant.

This is one of the common myths about FASD. Increasingly, as FASD is better understood and recognised, many parents may come to the realisation that their child’s difficulties may have resulted from alcohol exposure during the pregnancy. A 2015 article published by Chasnoff et. al. in the journal Pediatrics, confirmed that 86.5% of the sample study of youth with FASD had never been previously diagnosed or had been misdiagnosed, often with ADHD and other disorders.

For children who have been prenatally exposed, early diagnosis and intervention will be life changing. FASD cannot be “cured” but recognition and support are critical.

I don’t know anyone with FASD. Why is there so much discussion about it?

FASD is a hidden disability. It was first described as Fetal Alcohol Syndrome (FAS) and was based on the similar facial features exhibited by the children of women with an alcohol use disorder.

Later research determined that FASD is a spectrum and less than 20% of those affected have the known visible and consistent facial features. The remainder of those affected can be diagnosed but the presence of FASD is often recognised first by their behaviours. Typically, it is assumed that the affected individual is choosing to behave badly. However, it is actually prenatal alcohol exposure which has affected behaviour, capacity to learn, memory skills, ability to transfer information and learning, ability to predict consequences, ability to understand language and other communication difficulties. In short – many of the essential living skills which enable neurotypical growth and development.

Studies in mainstream populations in the US and Canada point to conservative estimates that between 2 and 5 % of the population is affected by FASD, with higher numbers evident in at-risk communities. We don’t know how much FASD there is present in mainstream Australia – it hasn’t been researched.

Finally, a message from the CEO of the NOFASD organisation:

Australia needs to be serious about pregnancy warning labels on packaged alcoholic beverages. It would be impossible to find another product which causes such harm and is sold so widely and freely without a clear warning. Mandatory labels are needed.