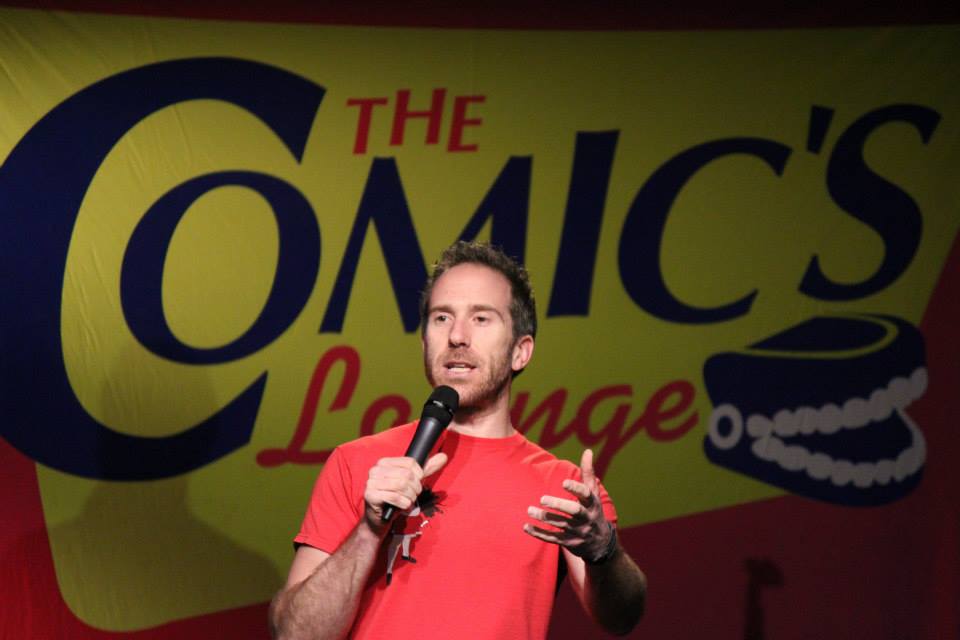 My relationship with alcohol started out of peer group pressure, as so many things do when we’re in high school. To me, drinking wasn’t as bad as, say, smoking weed, because it wasn’t illegal. It was naughty, but not the end of the world and every dad has fun giving his son a first sip of beer; of mocking his first hangover.

There’d be pleas from my parents to drink responsibly, but if you’re in a park on a Saturday night, the last thing you’re going to do with your Southern Comfort and slurpee is sip it slowly. That’s a horrible concoction, but at the time it was the only way I could stomach the awful flavour of alcohol [a flavour I’d come to accept – and love – over time]. Weekends were spent at someone’s house ‘watching movies’, or in a park, ending up sick after only a couple of beers and hoping no one noticed, lest you be judged a ‘lightweight’.

When I turned 18 I was allowed to be out of control.

I smashed those years. I drank to get drunk. There was little restraint. What was the point of doing something half-heartedly? No, my nights were going to end the drunkest I could manage. Regular blackouts were to be laughed at. “How can you not remember that?” was a question regularly enjoyed, and as my friends recounted my night back to me, it sort-of reappearing in my memory like a movie I only half-watched.

It was during this time I started stand-up comedy. It was quickly apparent that the career path I’d chosen suited my lifestyle. At my first ever gig I remember the free beer in a big bucket of ice backstage. Even though it was my first ever gig, I drank like I was a veteran. I belonged.

Many shows didn’t pay, but the offer of a free beer or two was seen as adequate compensation. I’m not saying every time I did a gig I got blind—far from it—but it was a companion through all the shit gigs, the lonely hours as I started out. A way to bond with other comics backstage and post-show. It was there to celebrate the great gigs, and to mourn the deaths we’d had on stage. Like all drinking, it was there for whatever excuse we/I needed it for.

People often ask how many beers I needed before a show, to help calm the nerves.

The nerves I had pre-show were harnessed to help me focus, so I actually rarely drank before a show. I believed too many beers would dull the sharpness I needed on stage. “A head full of cotton wool” was how I had it described to me.

As I became more confident with my material, when I’d MC/host I would drink as the night progressed, I finished some shows more than tipsy. I was still professional, but knew internally I’d probably overstepped the mark a little. Pushing the boundaries I suppose. I’d chastise myself for being a bit slurry, and wouldn’t do it for a little while. I have only been on stage once where I’d consider myself “blind”, and vowed I’d never do that again.

Though the Melbourne International Comedy Festival tended to be a different beast.
Drinking for the month the event ran was more than usual, as you celebrated the achievement of putting in the hard yards and reaping the rewards of your show with friends from all over the world.

It was like New Year’s Eve or Christmas every night, because you have so many people around to drink with. It’s a big industry – you could always find someone! It was also a way to unwind, to relax after a show, as alcohol replaced the adrenaline in the system (it’s almost impossible to sleep soon after a show because you’re so wired for a few hours).

My biggest decision was when I took all of 2013 off.

The decision to stop drinking for a year was based wholly on whether or not I thought I could do it. I’d never had a true break from it since the age of 18, aside from times when I was too sick through genuine illness to manage it. Even then, I spent the whole time thinking, “when will I be well enough to have one?” This was followed by the age-old question “it’s okay to drink on antibiotics, yeah?” To which your unqualified friends would helpfully respond “of course”. Case closed.

I knew I had problems with my drinking, but they weren’t always so visible and obvious.
My biggest issue was my ability to function really well whilst in periods of blackout. People would often tell me later I didn’t seem drunk, yet I would have no memory of moments, conversations, choices. But my autopilot (to my detriment) was surprisingly good at getting me home, and generally keeping me out of trouble. I say generally; you can’t drink that hard for that long and not have a few regrets/incidents along the way. But hey, if you don’t remember them, do they exist? The answer is absolutely they do. I cringe when I think back of what those lost moments contain. And what people think of the alcohol-affected version of Adam, when that’s all they have to judge. It’s not pleasant.

My stumbling block when it came to taking a break was “could I do it?”
I didn’t consider myself an alcoholic, but then who does? I never felt the uncontrollable desire to have itm I just enjoyed it, a lot. In fact, I enjoyed the fuck out of it. For far too long.

So I made the choice and went for it.

I had no idea how it would play out, as this was the great unknown. No alcohol for a sustained period as an adult was a completely foreign idea. It had never been done, and it’s embarrassing when I think of it like that.

The hardest thing for me though was the habit. This was 20+ years of a regular part of my life, removed in an instant. To come home from work on a Friday and not go to the fridge for a beer. To sit on a Sunday afternoon and not enjoy a wine (or two or three or let’s grab another bottle). The most difficult thing was going to the pub and not having something in my hand as I had a conversation. I’d never done it! I mean, I could get a mineral water but when that was done, what was I to do? Have another six for every round my friends had? No one needs that much mineral water in their lives!

Eventually the habit was broken. I could go to the pub, have a water, and then just sit around enjoying the company of friends, not worrying about missing out on a drink. It probably took about four weeks for that to happen, and it was a revelation and such an empowering feeling. It was probably a combination of things that came together almost all at once – better sleep, clearer skin, weight loss, less bloating and best of all: no regret. To wake up knowing with absolute clarity what I’d done the night before was an odd feeling, but one I came to really embrace and look forward to. I loved it.

So, now that I know that I can, I take regular breaks from it, particularly in times of heavy workloads. I aim for four to five weeks formy breaks now, but when I reach that I’m always keen to throw in a few more weeks because I’m enjoying the alcohol-free life!

Adam Rozenbachs is an Australian Comedian, writer and actor.