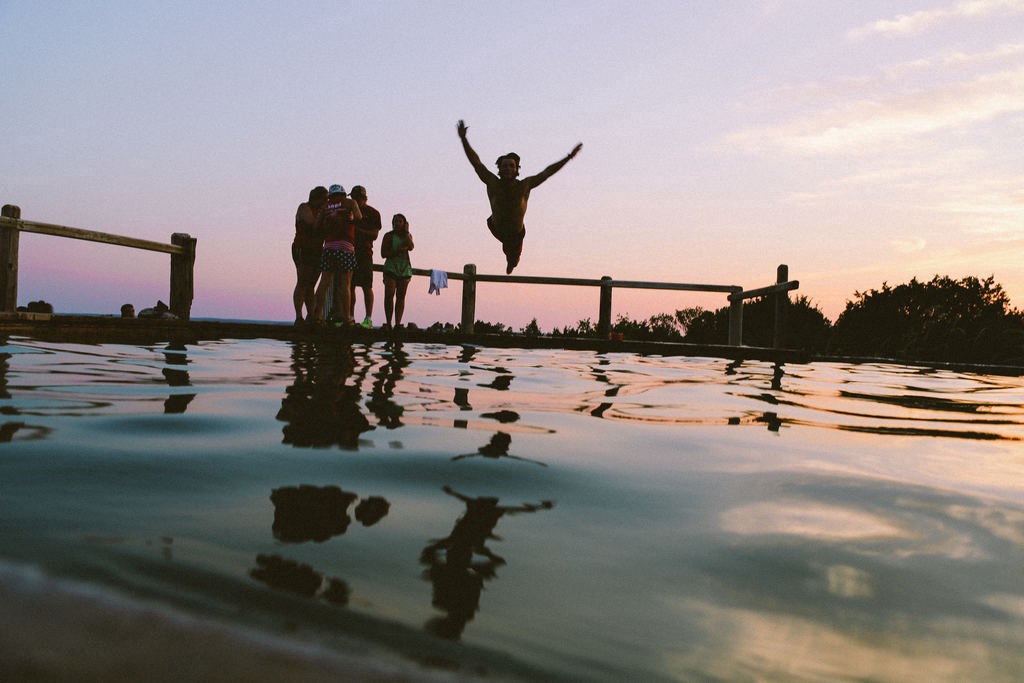 Dry January is nearly over — here’s what to do next

With a whole month of the new year already coming to an end, people are still likely to be keeping their resolutions and sticking to goals. But while Dry January could be the month that spikes motivation to a whole new high, the real trick is avoiding a February plummet.

We’ve all heard of the challenges like Dry January, Dry July and Ocsober, where one abstains from drinking alcohol for the entire month — often to raise money for charity. While these challenges often give back to people and communities in need, more importantly they help people consider their relationship with alcohol if they haven’t before, and to better understand whether or not that relationship is healthy.

Dry January is often taken on in an attempt to redeem oneself from an overindulgence during the festive season, which, let’s face it many of us are guilty of.

But this is exactly where the problem lies … Why do we feel the need to drink to excess during a celebration? And isn’t it telling us something deeper about our drinking culture when going just one month without drinking alcohol is such a real challenge that people will financially sponsor us to do so? There’s bound to be those who toast to their success by finishing a bottle of wine or two.

The real challenge lies in acknowledging and carrying through the lessons learnt during Dry January and adapting a healthy relationship with alcohol henceforth.

Experiences from abstaining for the month vary for different people depending on factors including how regularly and how much they drink. Nonetheless, everyone will gain something out of doing one of these challenges, whether that be on a physical, mental or deeper self awareness level. Recent research on people drinking an average of 35 units a week has shown that going dry for just one month decreases liver stiffness (a sign of liver damage) by 10–15 per cent and leads to significant reductions in weight, blood pressure, cholesterol and insulin resistance. And this is only the tip of the iceberg: other benefits include improved sleep quality, avoiding dependence, enhancing relationships with your loved ones and work colleagues, boosting your productivity and saving money. If one can benefit from these improvements for just one month, imagine a lifestyle where you consistently understand and negotiate your relationship with alcohol.

‘A while ago I would have said it would be impossible for me to go more than a few weeks without drinking. But I made it through the month and it turns out it wasn’t as big of a deal as I had thought.’

Here are the lessons she learnt:

There is an ongoing debate about the long-term effectiveness of these challenges. A number of limitations from a public health perspective include a lack of long term support for the behaviour change process, and confusing people with an “all or nothing” message about alcohol.

The option of buying a “golden ticket,” for example, allows the purchaser to take a night off from the challenge and is considered by critics to encourage binge drinking. In terms of cultural change, seeing a brief period of abstinence as an inherently monstrous task probably serves to reinforce the importance of alcohol in our lives and proves ultimately ineffective, if not destructive.

So, does a dry January lead to a monsoon February? ‘Taking a Dry January could actually trigger the same sort of negative boomerang effect as do restrictive diets, like abstaining and then binging to make up for it’, says Dr. James Ferguson, a liver specialist at Queen Elizabeth Hospital Birminghamin England. If people return to their pre-dry January drinking levels in February, health benefits are lost.

No one said sticking it out would be easy

In Mark Tuschel’s book, Okay, I Quit. Now What?, the author identifies that while quitting destructive drinking may initially be easy, life after can be tricky to navigate. The future may look bright when you’re feeling on top of your game, but like anything that is worth doing, it’s not an easy road.

“Quitting destructive drinking is the easy part — staying quit is the hard part. What do you do tonight, tomorrow, next weekend, when you go on vacation, for the rest of your life?”

The book lists some realities you may inevitably have to face when you decide to cut back on drinking short or long term:

But if you really ask yourself, honestly, whether the realities outweigh the advantages to your lifestyle in the long run, I’m sure many would still want to change the way they drink. Tuschel asks readers to take out a pen and paper and scribble down the realities they think they will personally face by carrying through a changing relationship with alcohol:

So as Dry January comes to a close, you could return to old habits with ease. Or you could ask yourself whether it was worth the month of temptation, the month of complete abstinence, the month of learning some important things about your drinking and yourself, to just let this chance to change slip away. Are you going to make 2017 the year you changed your relationship with alcohol, and take back your Sundays?