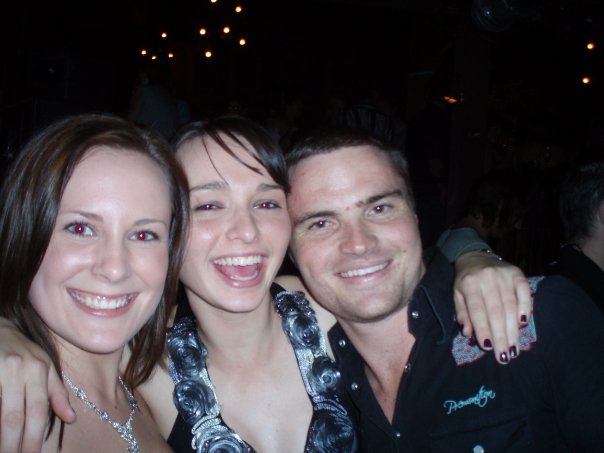 I have now become completely confident being in pretty much any social environment while sober. And how long did it take? Around about three months and 15 days. Which really isn’t that long when you think about how I have had to undo about seven years of self and social conditioning that told me I couldn’t.

Fighting this conditioning has been hard work. I have systematically pulled day and night at the rotten roots of all these belief systems I have had around drinking and I now can finally say I have pulled it out.  My head feels like it’s this fresh new veggie patch sitting under a Sunday morning sunrise. I sit looking to my future and rub my hands with this deep sense of excitement and think of all the amazing things that I can now plant in my new fertile mind.

Last night was a testament to this transition. I went to, my beautiful friend, Sammie’s birthday at Barsoma. I felt amazing. I felt amazing not just for brief instances when I was talking to someone or doing something, drinking or even dancing, but by just being there. As the late, great James Brown would say “I feel good baby – I’m single and I wanna mingle!!” (Mr Maher, that’s for you, you silly cliff spaghetti)

Firstly, as a bit of background to last night, you may recall a post I did about drinking expertise (trackback). So in response to that, I have now spent the necessary time needed to un-learn my ‘drinking expertise.’ Now I need to decide on what I want to learn to fill it’s place. So let me now define one skill set that I have always felt inadequate and underdeveloped in – attracting women.

One of the greatest tragedies of our education system (especially if you go to an all boys boarding school) is that the education around how to successfully attract and satisfy women is completely non-existent. As a result, either slept with women that were ‘easy’ or become permanently lodged in the ‘friend zone’ with ones that I actually truly desired.

What’s more, I have always had this false notion in my head that courting women was something that I should intrinsically know; and any desire to learn how to do it properly was in someway a defeat of my ‘manliness’. Well, that’s Bullshit.

My roommate, Simon, has been on this extensive personal development odyssey from which he has grown immeasurably in the past couple of months. As part of that development he has focused particularly on growing and developing his previously undefined social skill set in successfully attracting and dating women. He has joined forums, ordered material, done everything he needs to do to give him the tools he needs to succeed in this aspect of his life. And as a result, he is doing phenomenally better with the ladies. It’s been great to watch.

Realising that any reservations I have had about learning this stuff was my own shit about a misconceived notion of ‘manliness’, I set the intention that for the past two weeks to concentrate on developing and enhancing a similar skill set by reading some of the stuff he has been into.

Wow. Saturday night, without going into the any of the details, is a testament to how much you can change your social situation with the opposite sex, in such a small amount of time! I have never felt more capable or more importantly like I have so much potential to learn. It’s awesome.

How much better would the world be if warring countries came to talk to each other with that same intention?